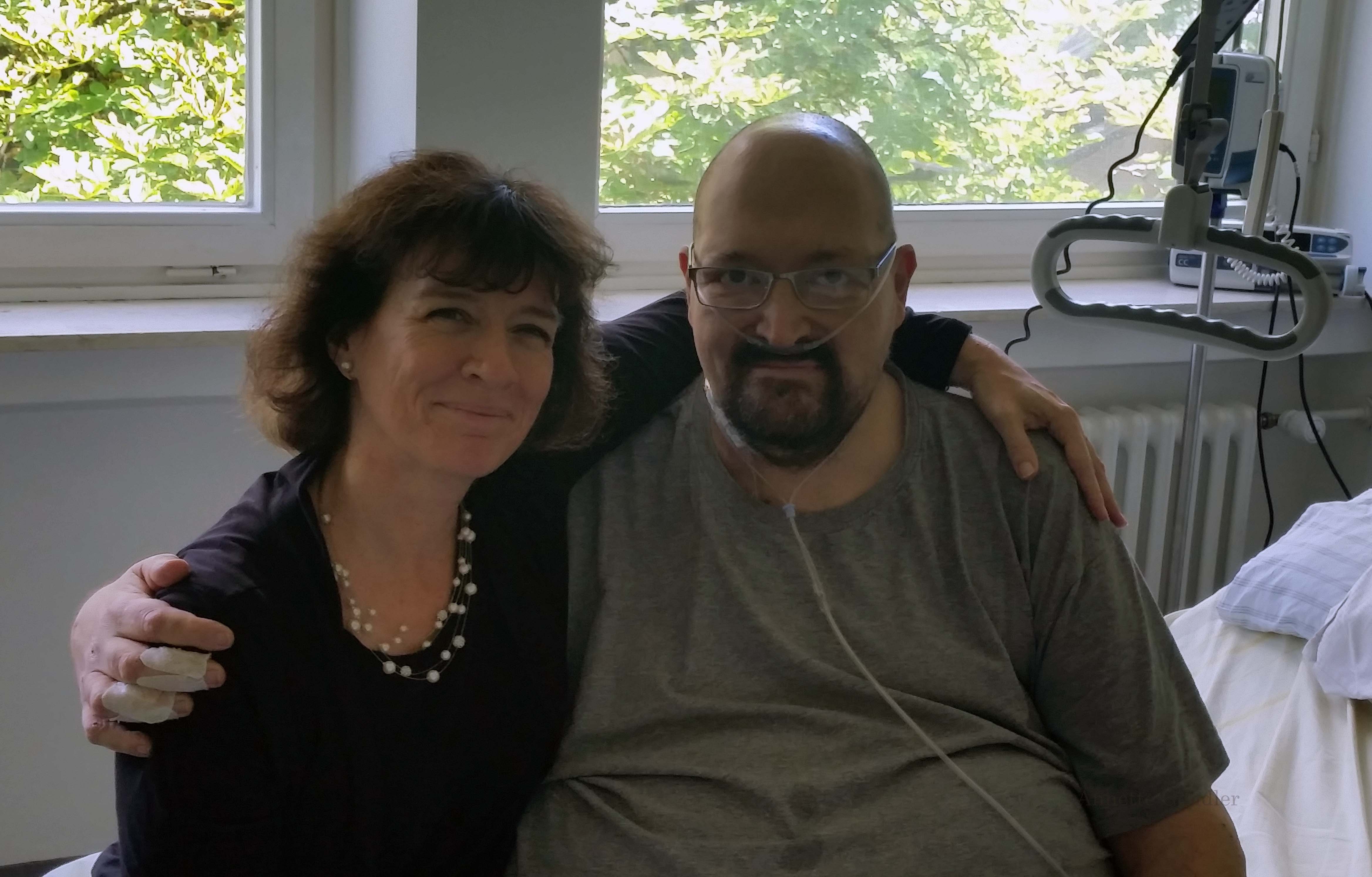 My last visit with my brother-in-law Louis this summer

As a memoir writer and particularly as the author of a family memoir, I am often asked how my family reacted to being written about (see one example here). As a teacher of memoir writing, I have a definite take on this, and I summed that up in Writing About Others a while ago. And yet, when my book came out, it took my experience of writing about family to another level.

These past two weeks have been challenging for my family as my husband’s brother passed away in Munich, Germany after a long decline. My husband and he had a strained relationship, and so I was never close to him but we always got along. I had my own fish to fry with him as well, but I am glad I decided to visit him in the hospital when he had a foot amputated this past summer. This meant a “side trip” to Germany on my way to Israel but since I was already flying across the Atlantic anyway, I figured I might as well. Visiting the sick is always a good thing but seeing someone who’s had that kind of calamity afflict him was daunting.

I was also apprehensive about seeing him because I didn’t know how he felt about the book. Since he makes only a minor appearance in the book, I never discussed my project with him. Nevertheless, the minute the book was available on amazon, he preordered a copy and told me so. Later he let me know that he’d given it as presents to several friends, which I took as a good sign. Still, I hadn’t heard his opinion. I wasn’t so worried about how he felt about his own role in the book; I was more concerned about how he would feel about my portrayal of his parents.

I was in for a pleasant surprise: After talking about his health, we spent most of my visit talking about my book. It was a really fruitful discussion, the kind you would like to have with any reader. He commended me on how well I had captured his parents, while also mentioning that he had found it very interesting to see his family from my angle, an outside angle at the time. He was also astute enough to recognize that my view of his parents would be a different one than his.

He had only one complaint: Why had I not used his name in the book? This, thankfully, had been a conscious choice on my part, and I explained that to him:

So, talking with my brother-in-law about my book proved again what I always tell my students: You never know how family will react to being written about, and the way someone reacts is usually indicative of your relationship with them all along. I’m glad I visited my brother-in-law for what turned out to be my last visit with him. I’m glad I got the chance to talk with him about my book, and I will always be grateful for his attentive reading of my work. May he rest in peace.