The Magic of Needlepoint Projects – Easy-to-do, Therapeutic and Beautiful, They Might Also Connect You to Your Past 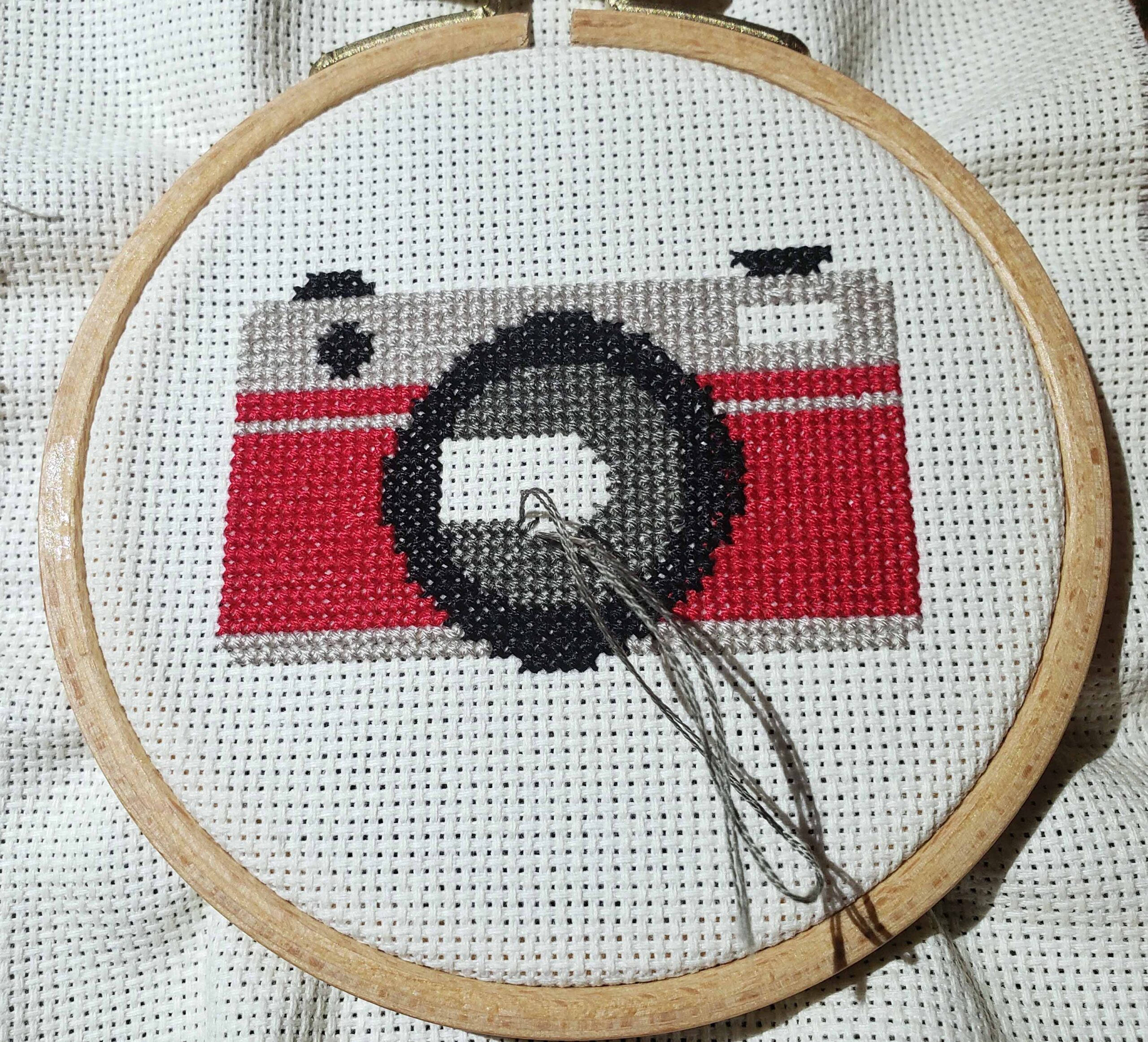 A month ago I was suffering from a broken heart (being a mother is hard…), and I found myself opening this cross stitch kit I’d ordered back in May from easy123art. I threaded the needle, started counting, and rediscovered a craft I hadn’t done since high school.

I was amazed how therapeutic this embroidery project proved to be!

It seemed as if moving that needle in and out of the canvas, and engaging in making something beautiful helped to mend a broken heart. I just sat there, sewing, and felt my own soothing touch, while the image of this camera took shape. A cross stitch project like this doesn’t require any special skills, unlike knitting, for example. As long as you can thread a needle and count squares, you can do something like this.

As I sat and stitched, memories came flooding back. Not only was this craft reconnecting me to my old self, I also remembered all the women in my life who’d loved to do needlepoint.

First and foremost, there was my mother-in-law, Nana, for whom I named my publishing company. She took up creating tapestries (called “gobelin” in French – she was from Paris), when her daughter, her youngest child, got kidney cancer as a toddler. Nana hardly ever talked about that child who died at age four. I don’t think Nana ever got over that loss. From when I first met her, I knew about her hobby of making “gobelins.” She always had at least one project going, and my parents-in-law’s house was full of her creations. 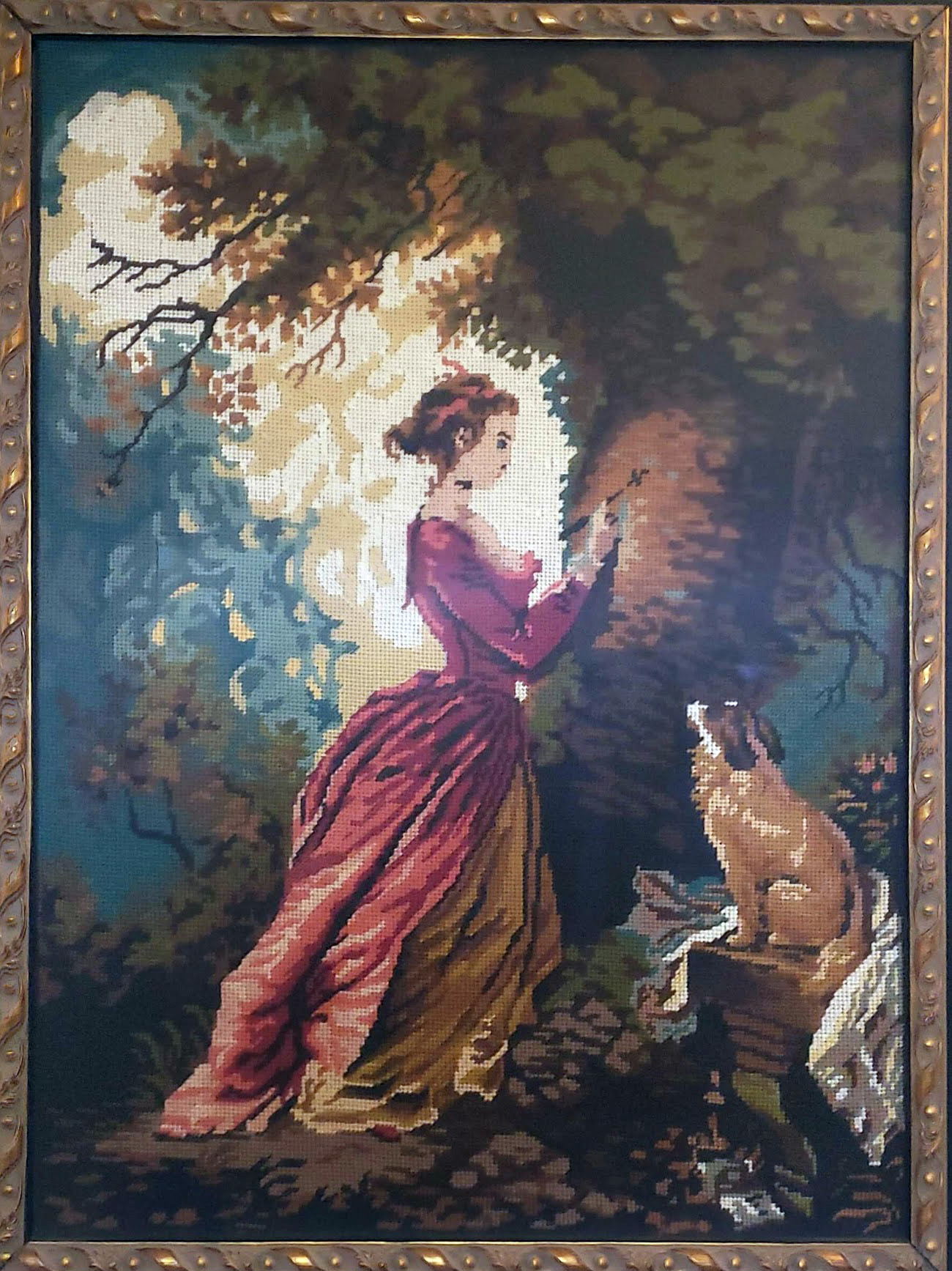 This tapestry now hangs in our hallway. It was always my husband’s favorite from when it hung in his parents’ house. Thankfully we got it after his mom passed away.

It wasn’t until Nana had a fainting episode during a visit with us, and I sat by her bedside, that she told me she took up that craft to pass the time while sitting at her baby’s bedside.

Aside from keeping her hands busy and passing the time creatively, I now finally see the therapeutic value of needlepoint as well.

How I wish I could discuss that with Nana now! 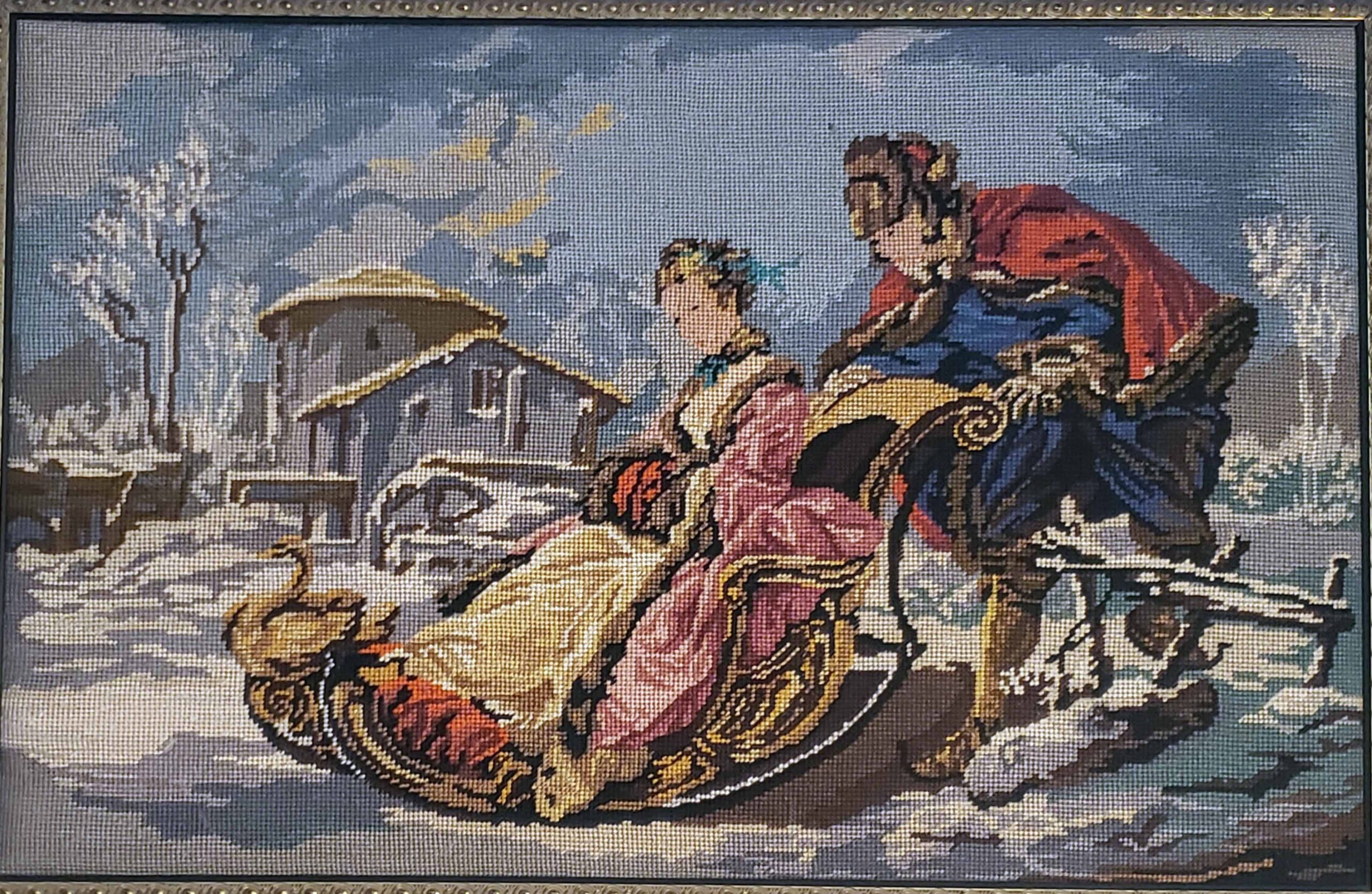 Nana made this tapestry specifically for our children. It still hangs in what used to be the main children’s room in our home.

Nana was always on the lookout for new tapestry patterns. She usually bought them in France. They were made with wool thread, and she explained to me once that she took her liberties in following the tapestry pattern. She’d judge for herself which shade of blue, for example, would fit best. And of course she had a treasure trove of yarn! She was also a fairly good painter, hence her attention to colors.

While I appreciate my mother-in-law’s creative license with which color thread to employ, I also appreciate the simplicity of creating something beautiful by simply following instructions.

There is something relaxing about that! As a writer, I can’t create anything that way. With needlepoint you can just stitch along, while an image emerges from your hands, and let your mind wander.

Thus mine wandered to my Aunt Herta, whom some of you will know from reading my memoir Jumping Over Shadows.

Like Nana, my Aunt Herta always had all kinds of projects going. We’d go the opera together, and she’d marvel at some lady’s evening purse done in petit point.

“Some day,” Herta would say, “I’ll make something like that.”

Instead, she created something far grander: Her masterpiece was a fairly large image of a frigate, sails billowing in the wind, riding a turbulent ocean. She labored over that for years, battling the many shades of blue the ocean required, peering at those tiny dark stitches with a magnifying glass.

“You’ll ruin your eyes!” my grandmother used to scold her.

Unperturbed, Aunt Herta did finish that petit point tapestry of that grand sailboat. Even when her life was reduced to a nursing home, that tapestry had a place of honor in her room. (I wish I had a picture of it.) 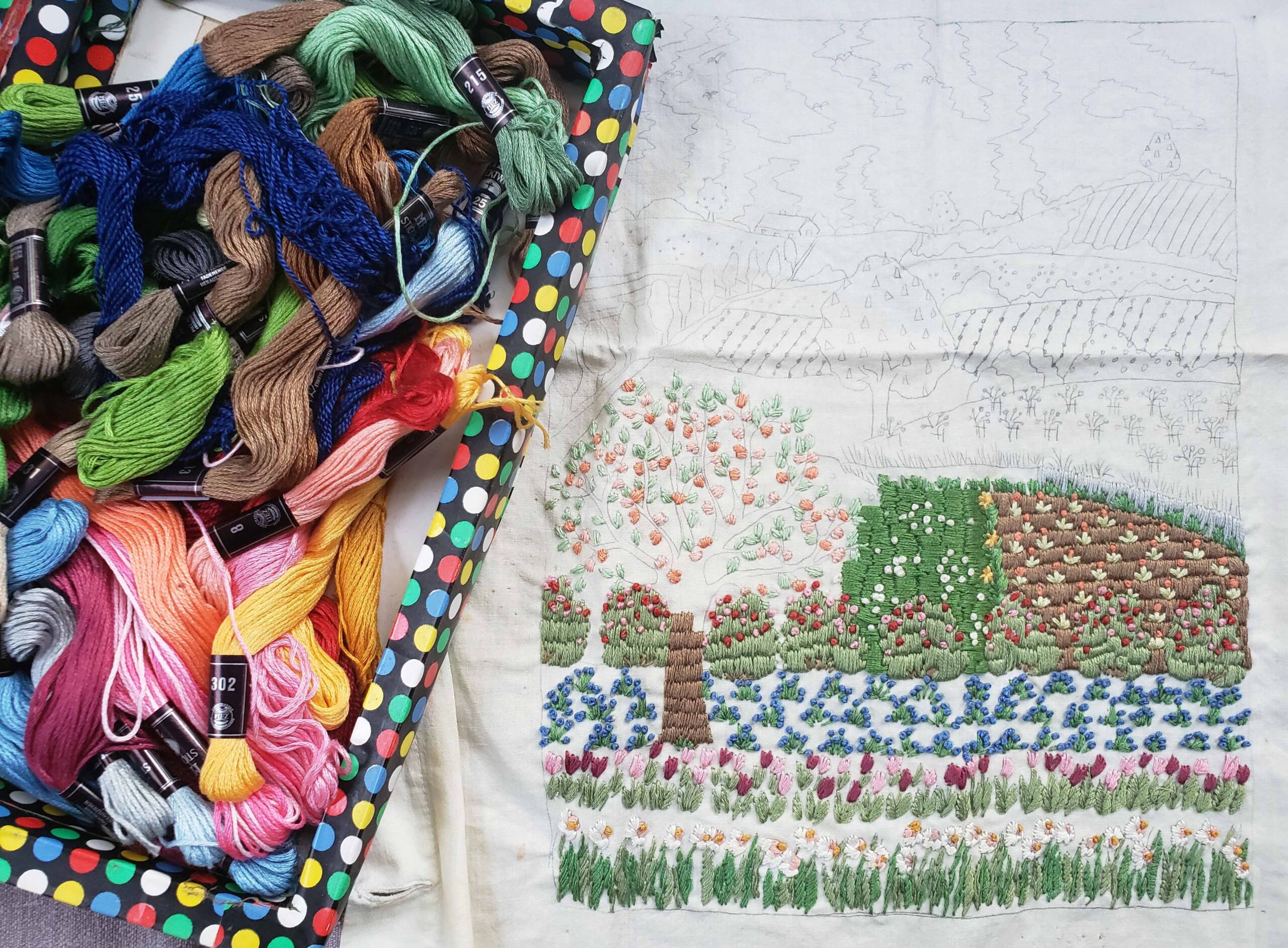 And then, as the needle went back and forth, I thought about my own past forays into needlepoint.

There was the cross stitch wall hanging of a rooster I did for my grandmother. It was a project from when we still had “handicrafts” as a subject in school in Germany. I cast about to find it but I have no idea where it ended up.

But I did find this half-done embroidery project of a spring country scene that I must have begun in high school and never finished. At some point it ended up in my sister’s place, and she brought it along on one of her visits. So guess what I am doing now since the little camera cross stitch project is done?

Yep! I am finishing that spring country scene! And I am even taking my liberties with which color thread to use as the pattern for this project is lost. I’m sure Nana would approve.