How to Capture Family History in a Book of My Things – Course Countdown: Day 5 – My Great-Grandfather’s Sewing Machine 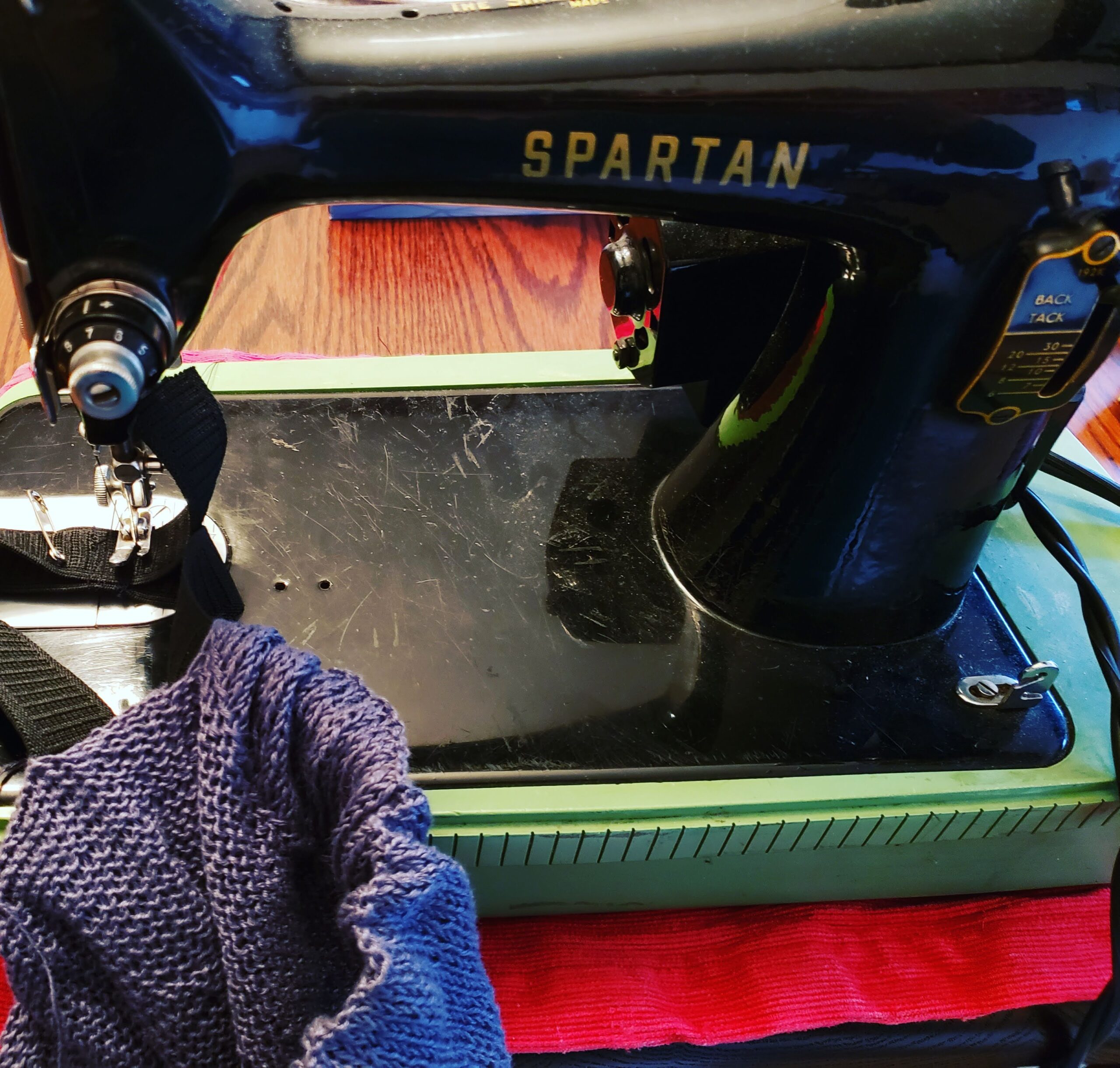 Welcome to Day 5 of my countdown towards my online course Capturing Family History in a Book of My Things, which begins on January 16, 2022. Each day I am sharing a story about a family object, including tidbits of my process putting it together. I hope that’ll give you some ideas and inspire you to come up with your own stories. And of course I’d love it if you joined the course!

When I moved back to the States as a grad student in 1988, I took my great-grandfather’s sewing machine with me.

Upon arrival, I unwrapped the original U.S. motor my dad had carefully packaged in 1964 newspaper. (He had fitted the machine with a German motor when we had moved to Germany.) I took off the German motor, attached the old American one and voila, the machine worked again on U.S. current.

Side note on process: I still have that box with the German motor in one of my closets. It would have been lovely to share a picture of it in this post, but alas, I couldn’t find it where I thought it was going to be. I had to remind myself that turning over my closets is not the point of this project! It’s more important to get out of the gate with the story. I can always update it later when I stumble across that box. 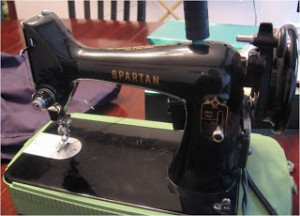 Every time I take out this sewing machine, I’m proud that I’m still using it, a machine that’s older than I am.

A device that those who came before me have sat at, hunched over, rattling away.

It used to belong to my great-grandfather, Great-Grandpa Keller, my mom’s paternal grandfather. 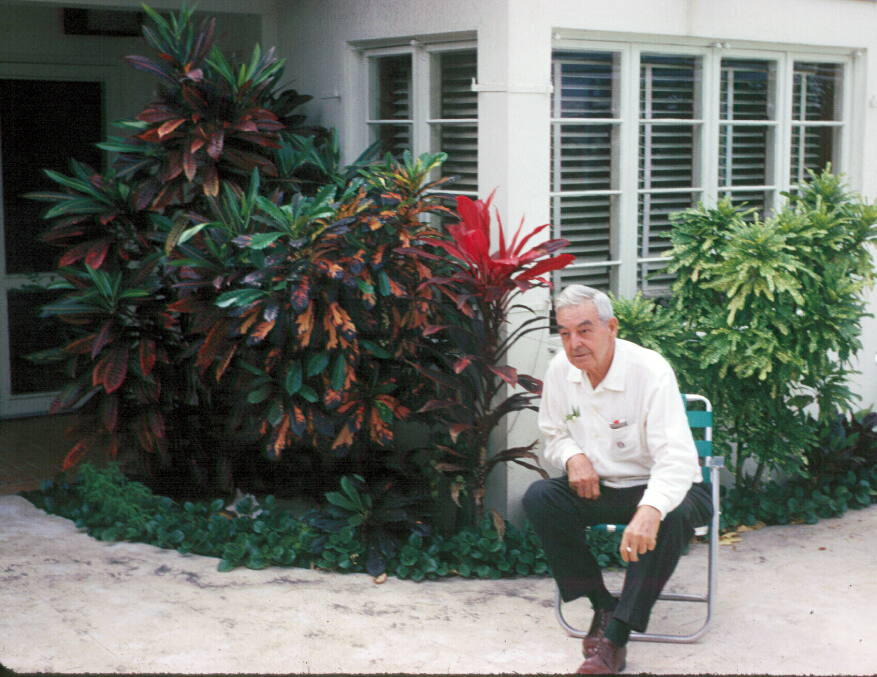 My great-grandpa in front of his house in Florida, 1966

He gave the sewing machine, compact as it was in a light green carrying case (I need to take a picture of that, too) to my mom when she moved to Germany.

She in turn taught me how to sew on it when I became interested in sewing in my teens. Later she gave it to me when I moved to the U.S. Like my steamer trunk, it is one of those family items I still use that has traversed the Atlantic with me.

My great-grandpa with my brother in his lap, and his son, my grandfather, with me. Florida, 1966

It is a basic Singer machine that only sews back and forth. 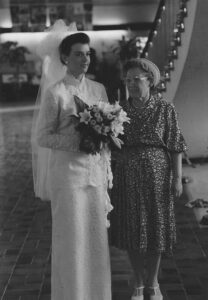 Me in my wedding dress, made on this basic Singer machine

No fancy zigzag stitch or anything like that! Nevertheless, for many years, I made almost all my own clothes with it, including a leather coat (it is a heavy duty machine) and my wedding dress. Alas, these days I mainly shorten pants with it or sew a hanging strip on a dish cloth.

She had been incontinent towards the end of her life. She died before him, leaving him a widower for more than a decade. I cherish that story because I always found it rather remarkable that such a manly man as my great-grandfather sat down to sew underwear. It seemed like such a loving gesture. On one of my aunt and uncle’s visits, I brought out the sewing machine and asked my uncle whether he had heard that same story.

He hadn’t. Instead, he told me other stories about my great-grandparents. For instance, that they didn’t speak to each other for a few years because of some falling out. Still lived together, ate together, slept together, but didn’t talk to each other. Remarkable, eh?

Sewing machines were not exactly on my uncle’s radar as a young man.

“So,” he said generously, “I think you own that story.” 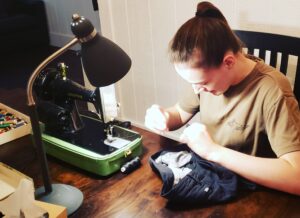 These days, my daughter is the fifth generation to be sewing on that machine.