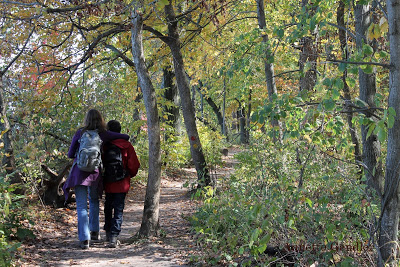 A hiking trip to Starved Rock State Park, a two hour drive from Chicago, is one of those traditions my daughter insists on. We just have to make it out there in the fall. This time we combined it with a detour to the Pumpkin Farm we discovered on last year’s excursion. 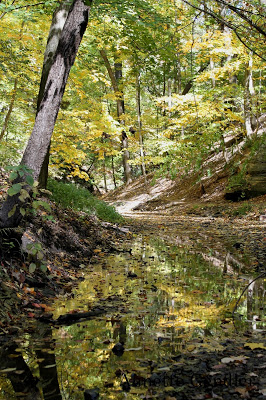 If you’ve been following this blog, you already know from previous posts that we cherish Starved Rock. Amazingly, while it is familiar, it is also exciting to see how each season changes it. Since this summer was so dry, there are no water falls, and even the brooks that usually accumulate at the bottom of canyons were reduced to puddles. There were beautiful puddles, though, with the fall foliage reflecting or collecting in their glassy surfaces. 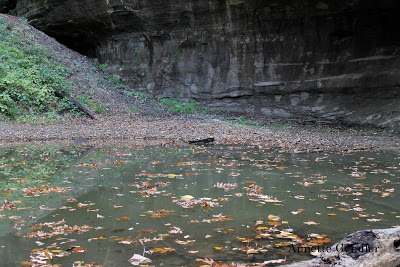 In one arm of Tonti Canyon, this was probably the biggest “puddle” we saw.

I think this is my favorite picture from this particular hike; it captures the desolation a dry summer can leave in its wake. 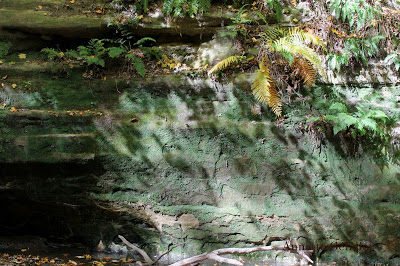 And yet, in some spots in Tonti Canyon the moss on the walls still looked lush. 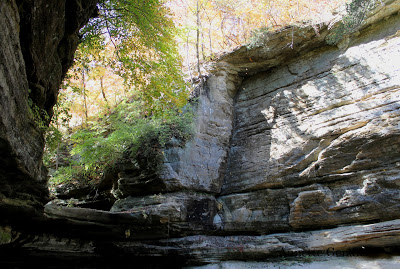 LaSalle Canyon, which you might recognize from the middle picture of  my banner, without the water springing from its platter-like cut out. 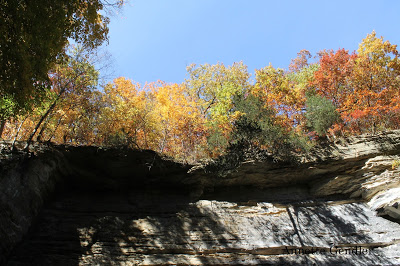 The rock face of LaSalle Canyon with a riot of color above. 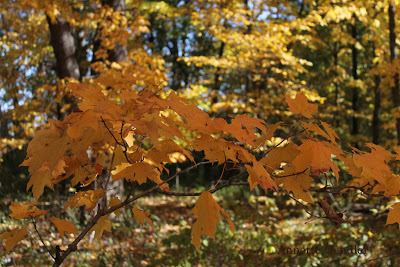 A hole in a tree.

Path along the Illinois River.

Let’s end on a blue note.
PS: If you could kindly let me know which photo you liked best (from this or my spring and previous fall photo essays), I’d greatly appreciate it since I’m thinking of entering the Starved Rock Photo Contest. To be clear, just say which number it is from the top and which essay. Thanks so much!
Annette Admin2021-08-01T22:29:42-05:00October 25th, 2012|Tags: Fall, Hiking, Photo Essay, Photography, Place|