Knitting or How Creativity Connects 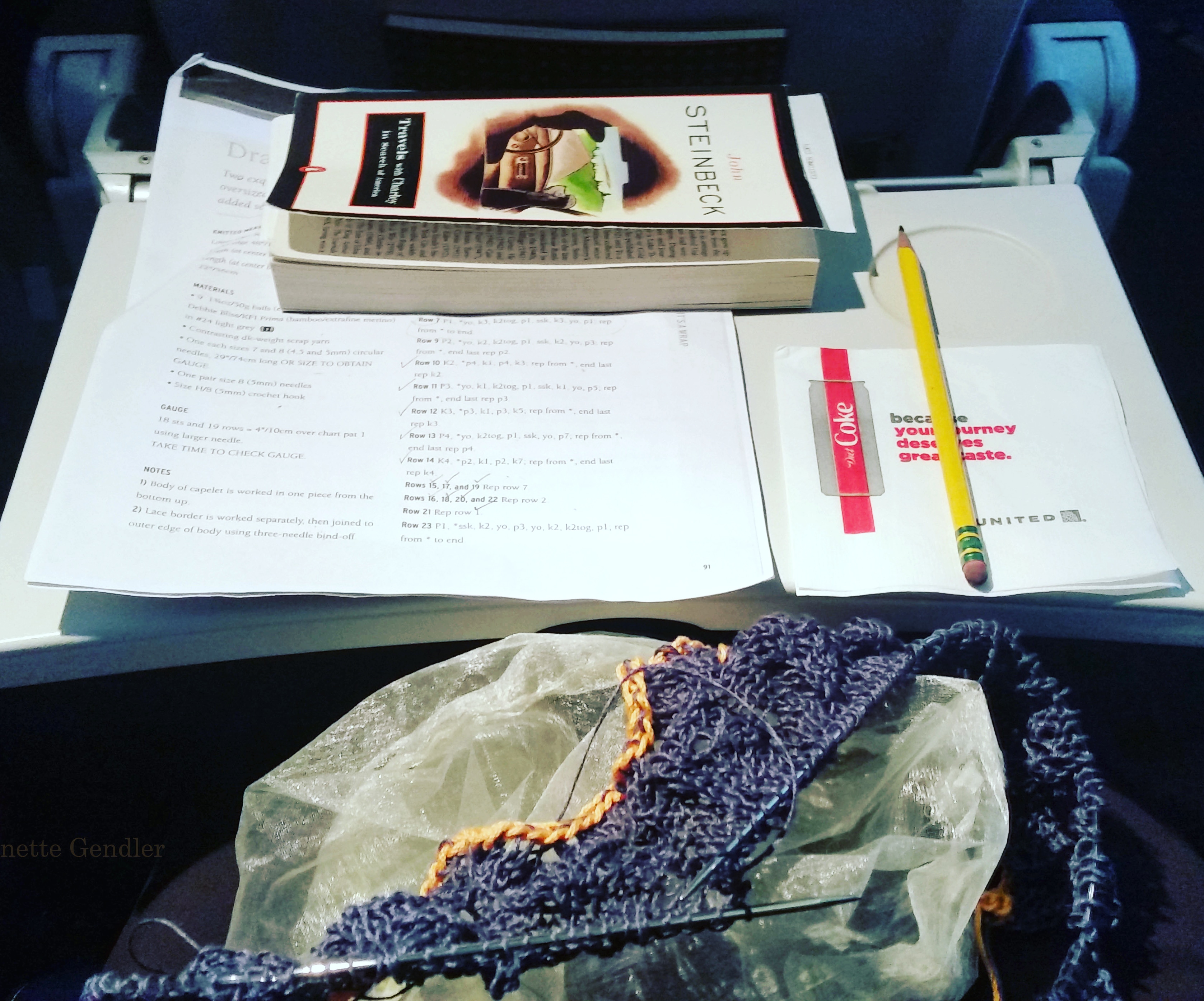 I always knit when I’m on a plane, or crochet. In fact, if I have a flight coming up, and I don’t have a knitting project going, I frantically cast about for one, often shopping for yarn at the last minute. Knitting hats is ideal as they’re not a bulky project to carry around. However, I can finish knitting a hat on a transatlantic flight and then what about the return trip?

I used to only knit easy stuff where I didn’t have to mind the pattern. Then I discovered that sitting on an airplane is the ideal time to concentrate on a more complicated pattern. What else are you going to do? Watch movie after movie? I might watch a movie, but a twelve-hour flight to or from Israel, or a sixteen-hour flight from Hong Kong is an awfully long time to only watch movies. Even a book can get old. That’s where a needlework project comes in. Plus, knitting provides ample time for my thoughts to roam, which is often just what I need to digest a trip, or get ready for one.

On my latest flight (to New Orleans), I realized something else: Creativity connects! Invariably, when I sit there knitting, or crocheting, somebody says something to me about it. On that trip, a fellow passenger remarked, as she was filing by me during boarding: “There sits my soulmate: knitting and reading my favorite author, Steinbeck!” – We had a brief chat before she had to move on. Later, a flight attendant asked what I was making (a shawl).

Then I remembered that on every flight, I’ve had at least one conversation with a stranger about my knitting. They were always pleasantly intrigued, often reminiscing about a mother and grandmother, “who used to do that.” Or they talked about their own skills or lack thereof.

Why is it, I asked myself, that people always talk to me when I sit there knitting? First of all, I guess, it’s because I am accessible, unlike when I have my nose in a book. But I also think it is because people love watching someone else create something. We love to see creativity in action. It is fascinating to see how something is made. 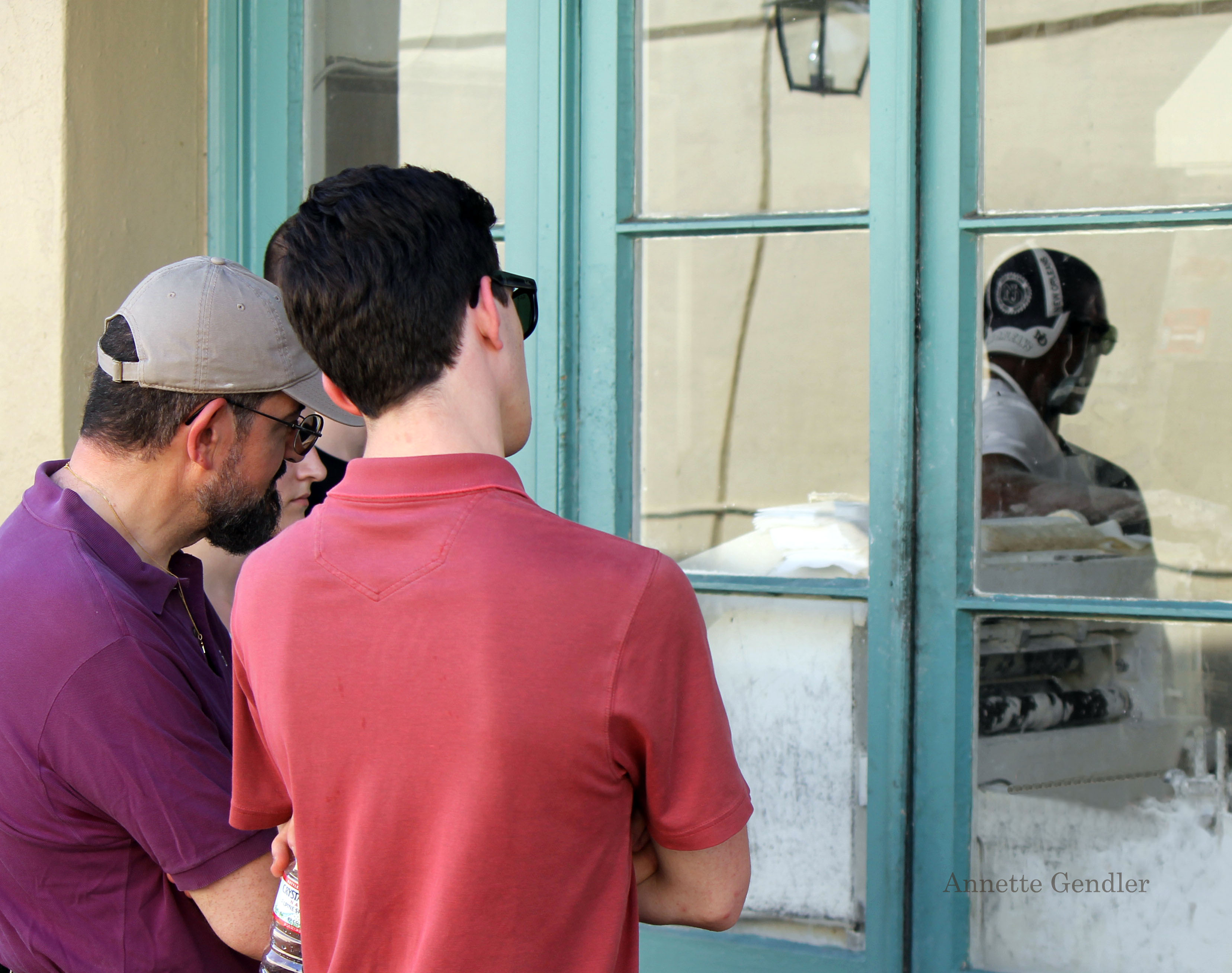 That is why little kids (and big kids!) love construction sites, or why people crowd around the bakery windows of the Cafe Du Monde to watch the making of their famous beignets. And this is why people love to watch me knit and like to talk to me about it. We human beings are inherently creative, and so we love watching others create something. We’re curious how it’s done (I once had a hell of a time explaining to a guy, a fellow passenger, how this knitting thing actually produces a fabric.) Clearly, creativity is fascinating, and it connects. Even more so, apparently, when you knit in public, which seems to be rare these days. Unless you encounter me on a plane…