The Best of New Orleans 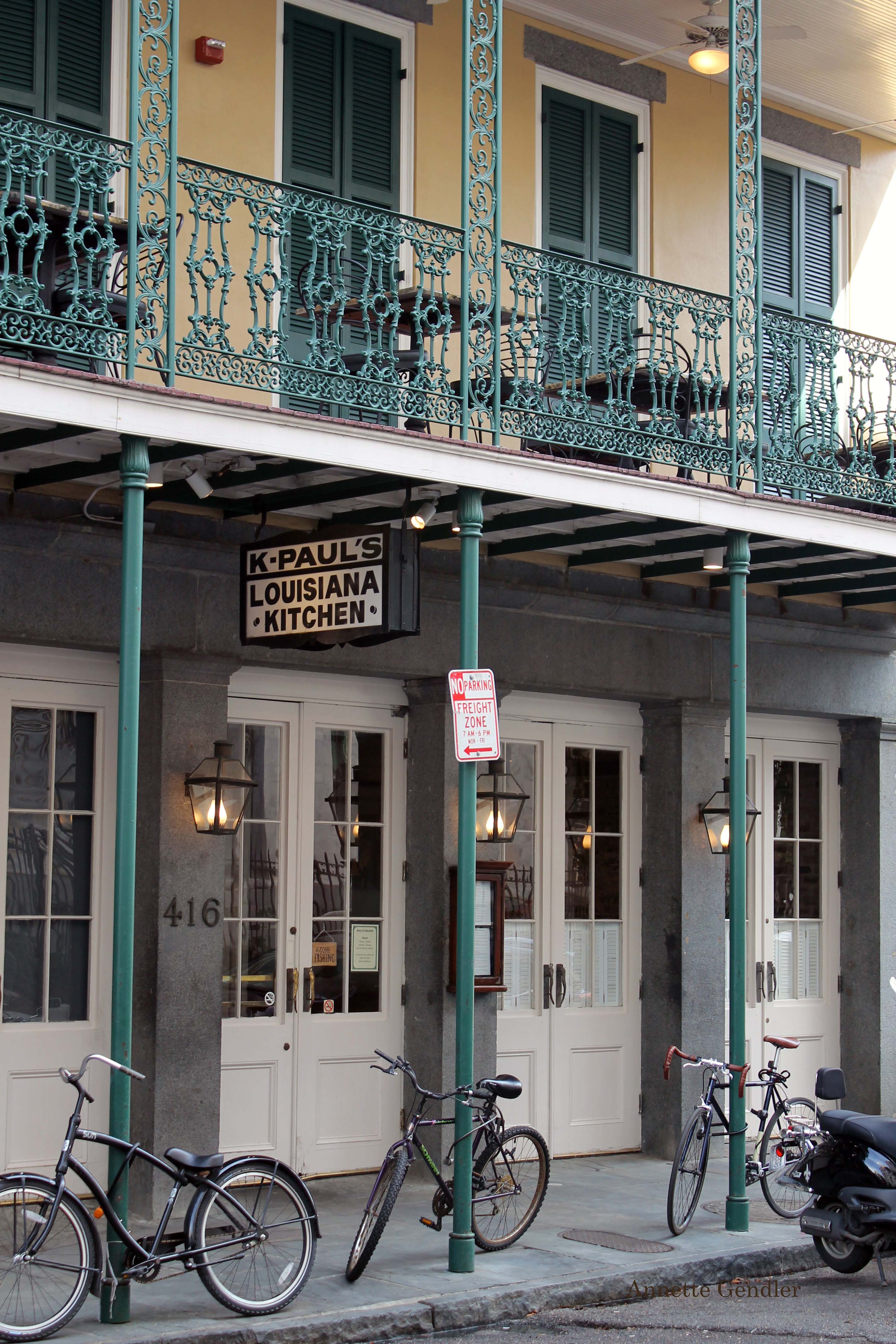 Not a place where we could eat, but it was still fun to see Paul Prudhomme’s original restaurant still operational. I have his Fork in the Road cookbook, and his Spicy Turkey Loaf is one of my staple dishes.

I’ve often felt that if only I didn’t have expectations, I wouldn’t suffer disappointments. This applies particularly to travel.

To celebrate our 30th wedding anniversary, my husband and I decided to take the family on a weekend trip to New Orleans earlier this month. Only he had been there before, 40 years ago, and for me in particular New Orleans was a bucket list destination.

Incidentally, I read John Steinbeck’s Travels with Charley on the plane as it was my memoir workshop’s reading for this month, and I underlined this passage in the first chapter:

“A journey is a person in itself; no two are alike. And all plans, safeguards, policing, and coercion are fruitless. We find after years of struggle that we do not take a trip; a trip takes us. Tour masters, schedules, reservations, brass-bound and inevitable, dash themselves to wreckage on the personality of the trip. Only when this is recognized can the blown-in-the-glass bum relax and go along with it. Only then do the frustrations fall away. In this a journey is like marriage. The certain way to be wrong is to think you control it.”

Sure enough, New Orleans did not turn out to be what I thought it would be–and I’m not even sure what I thought it was going to be except perhaps a quaint French-tinged city. But, even if I didn’t fall in love with New Orleans as I thought I would (I’d heard so many people rave about it, and its image in movies is quite alluring), I did find plenty of photographic material, which I’ll share with you here. Mainly, though, for this journey, it helped to focus on the point of the trip, which was to travel as a family and experience new things together, even if none of us particularly loved this city, except for the National World War II Museum, the only thing, it turns out, in New Orleans that was really our kind of thing. We’re just not into clubbing or strolling through the French Quarter with cocktails-to-go, nor could we partake of the Cajun kitchen as that is all about seafood, pork and chicken fried in buttermilk, none of which we eat. Anyway, here’s the best of our journey to New Orleans: 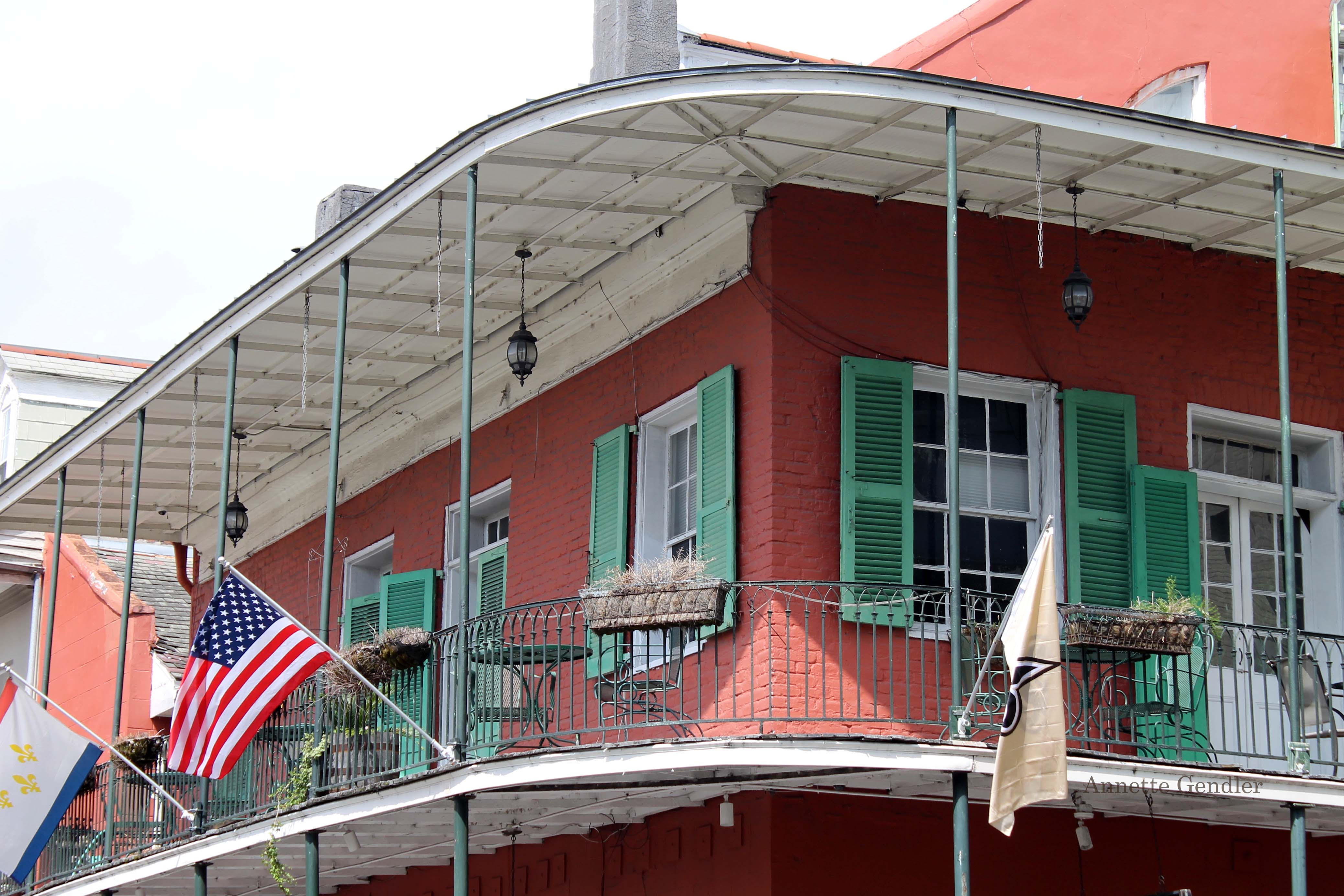 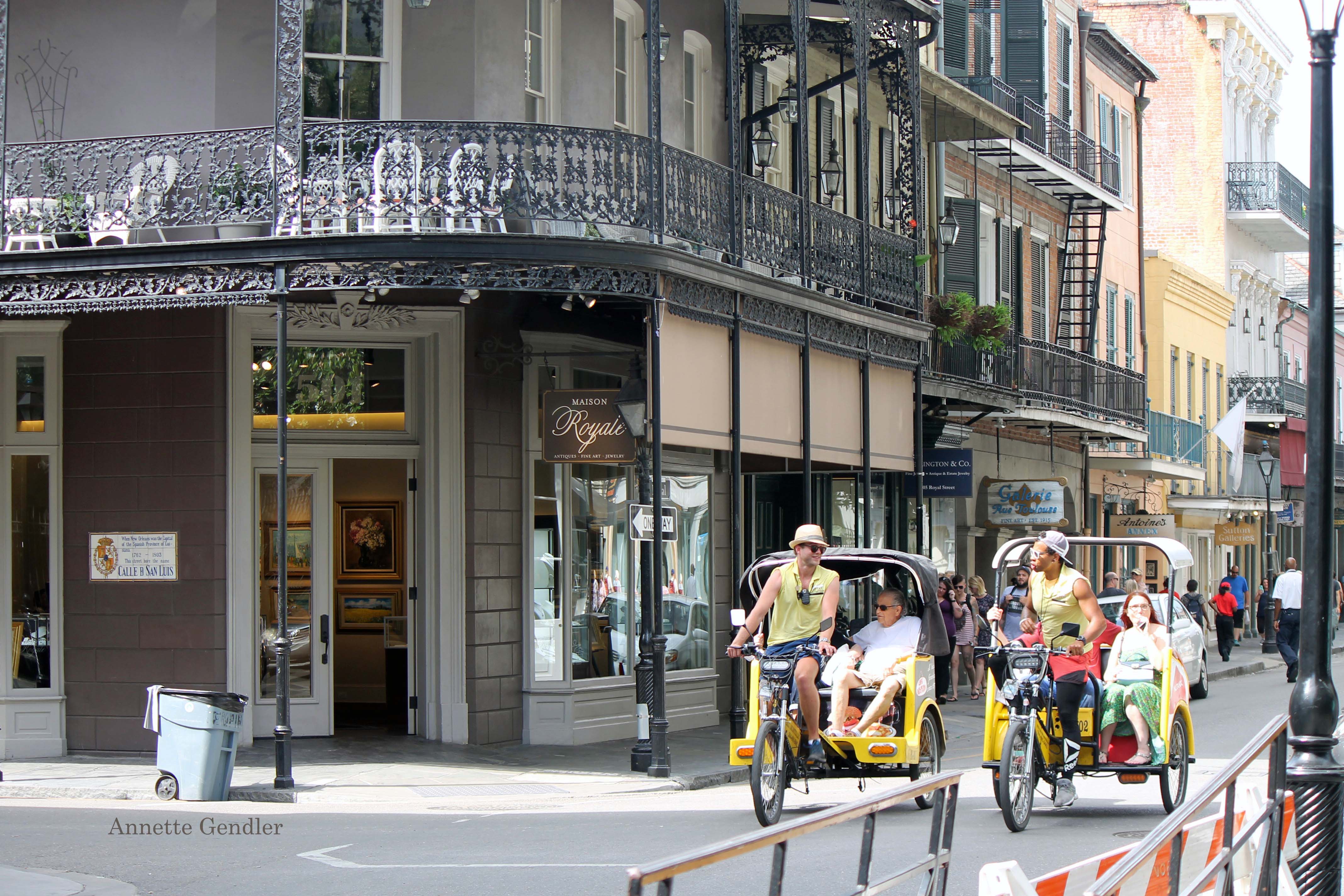 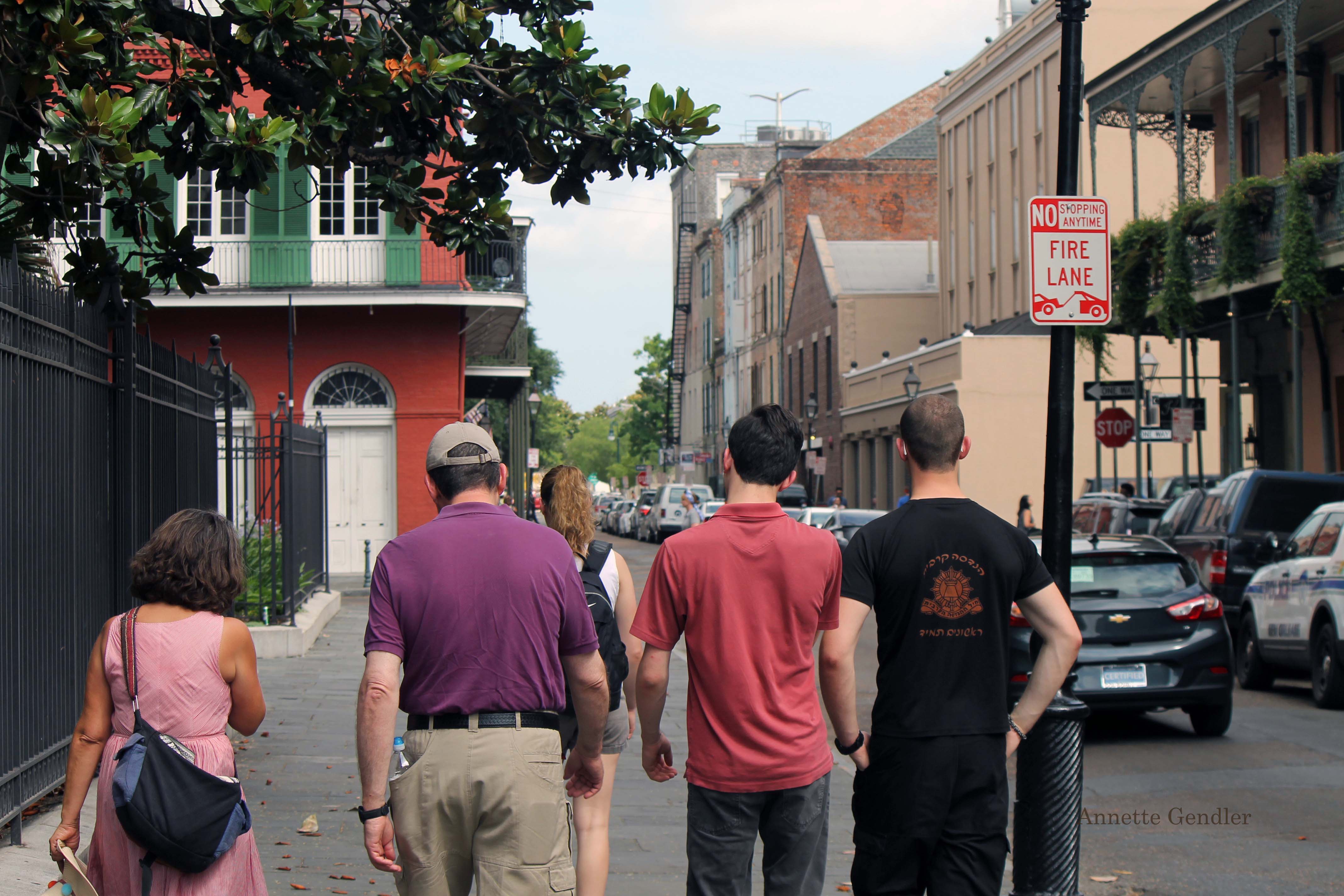 Our first order of business was a walking tour of the French Quarter, where we were also staying. Definitely a challenge in 90+F heat! 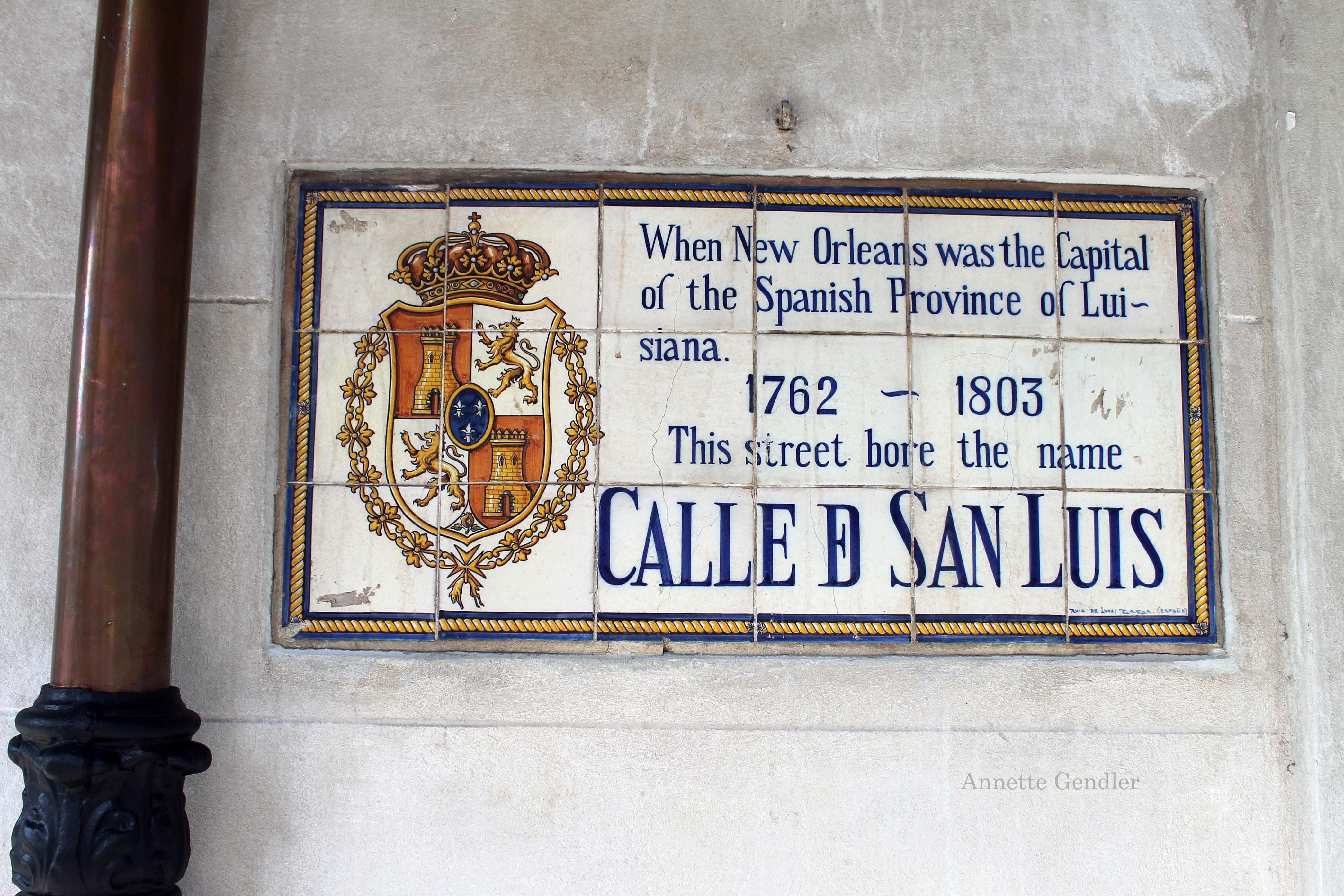 Turns out that the architecture one associates with the French Quarter, namely the filigree balconies of wrought iron, is actually from the Spanish colonial period, 1762-1803.

The building in the forefront here with the pale green balcony is what the buildings during the French colonial period actually looked like. This is one of the rare specimens that has survived to this day. The tour group in front wasn’t ours but pretty much what you’ll find milling about the touristy French Quarter.

My favorite shot from the entire trip captures a rare moment of serenity and calm in the French Quarter. 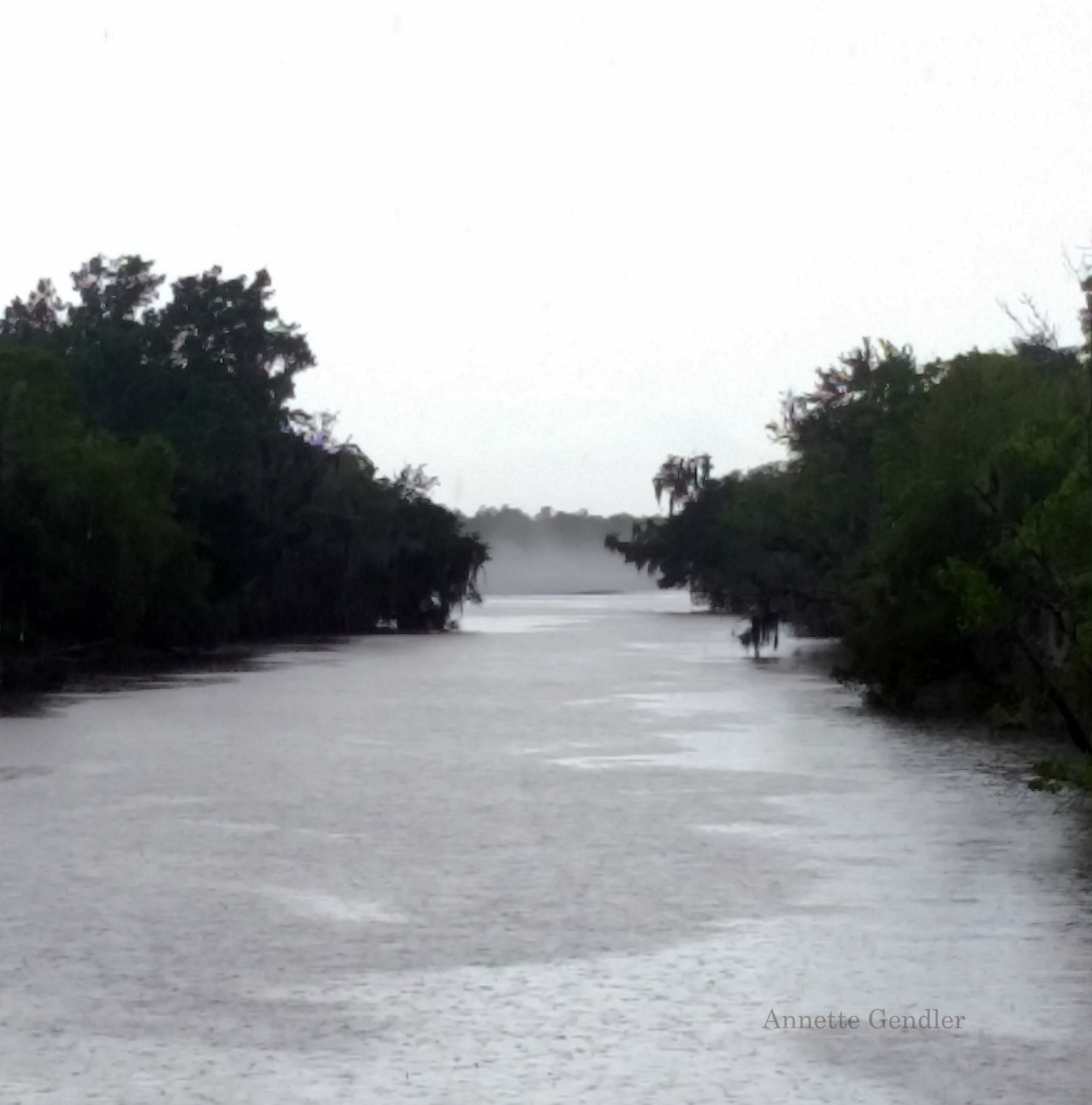 Our boat tour of the bayou happened in a downpour, which reminded me of our trip to the Amazon, which, in terms of waterways, swamp, fauna and flora is plain more amazing. The alligator sightings, and feedings by the boat captain were good tourist entertainment, but I’d say for viewing alligators, the Everglades in Florida are more impressive. 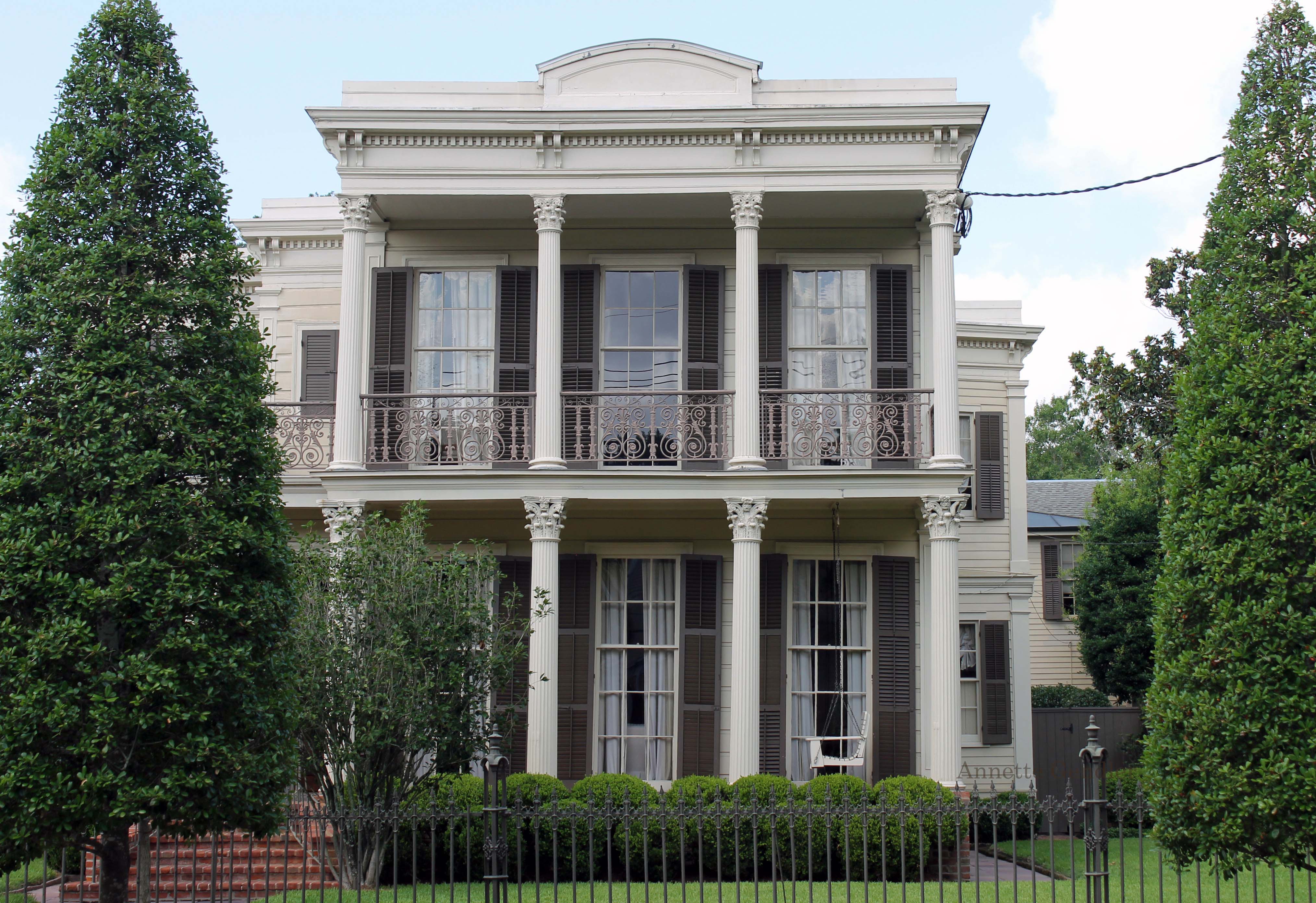 We also did a walking tour of the Garden District, where the “English” settled when they moved to New Orleans after the United States took on the area (after the Louisiana Purchase of 1803). It does have a few antebellum houses but my kids, in particular, cared little for learning about where which celebrity lived or had lived (the dainty house above is not what I would associate with the Payton Family of football fame). 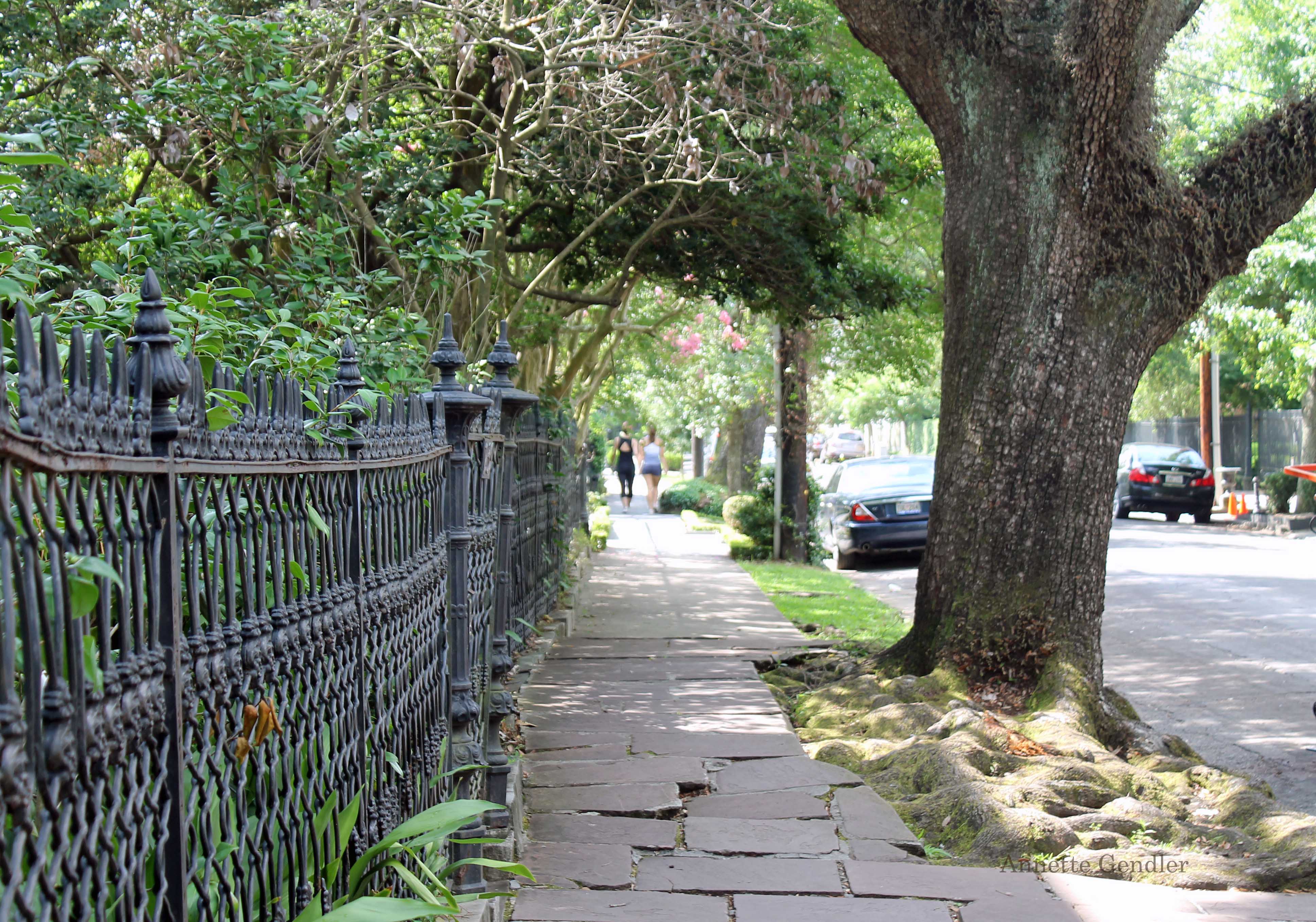 We found the Garden District largely overrated but the giant trees and cracked sidewalks did provide atmosphere. 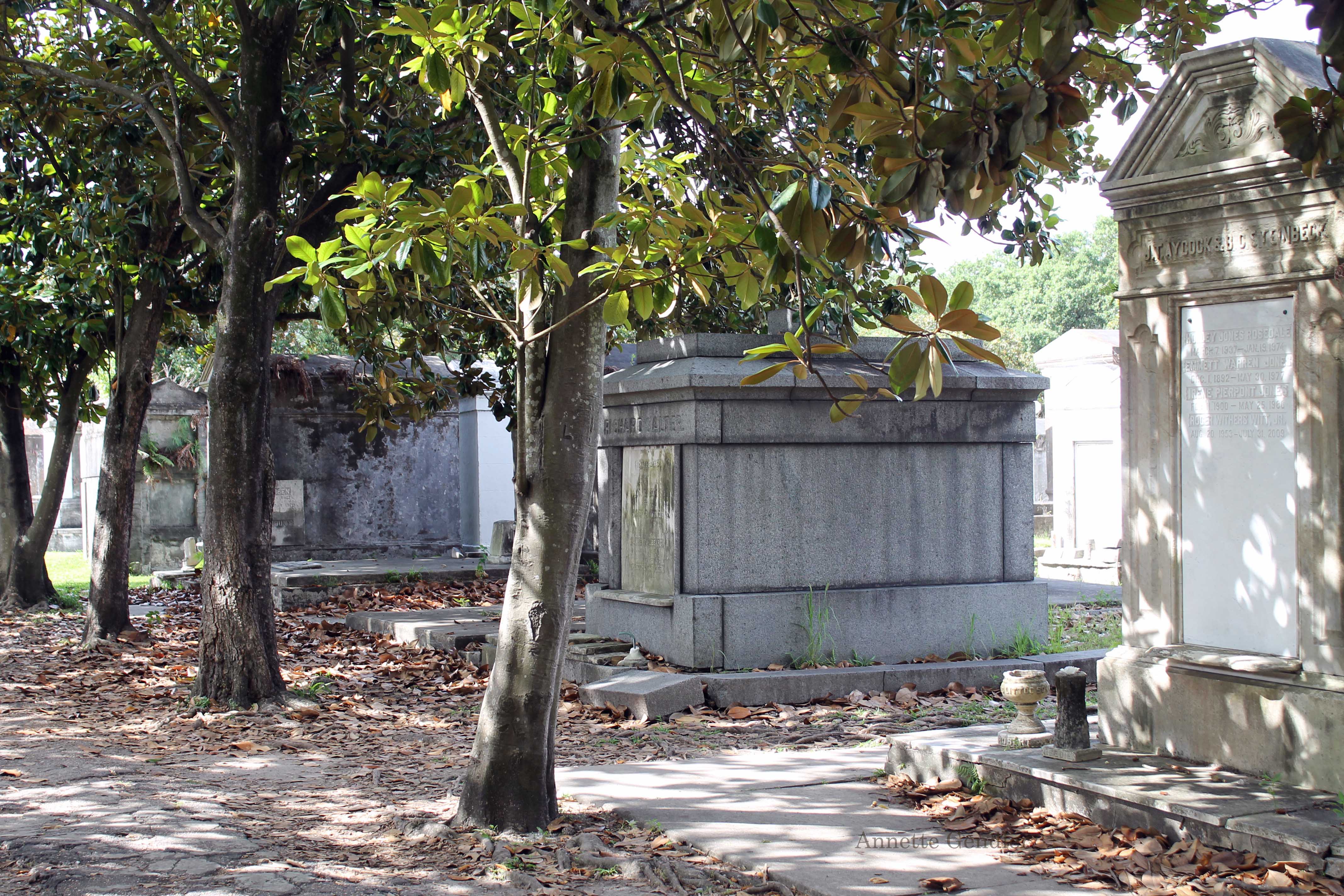 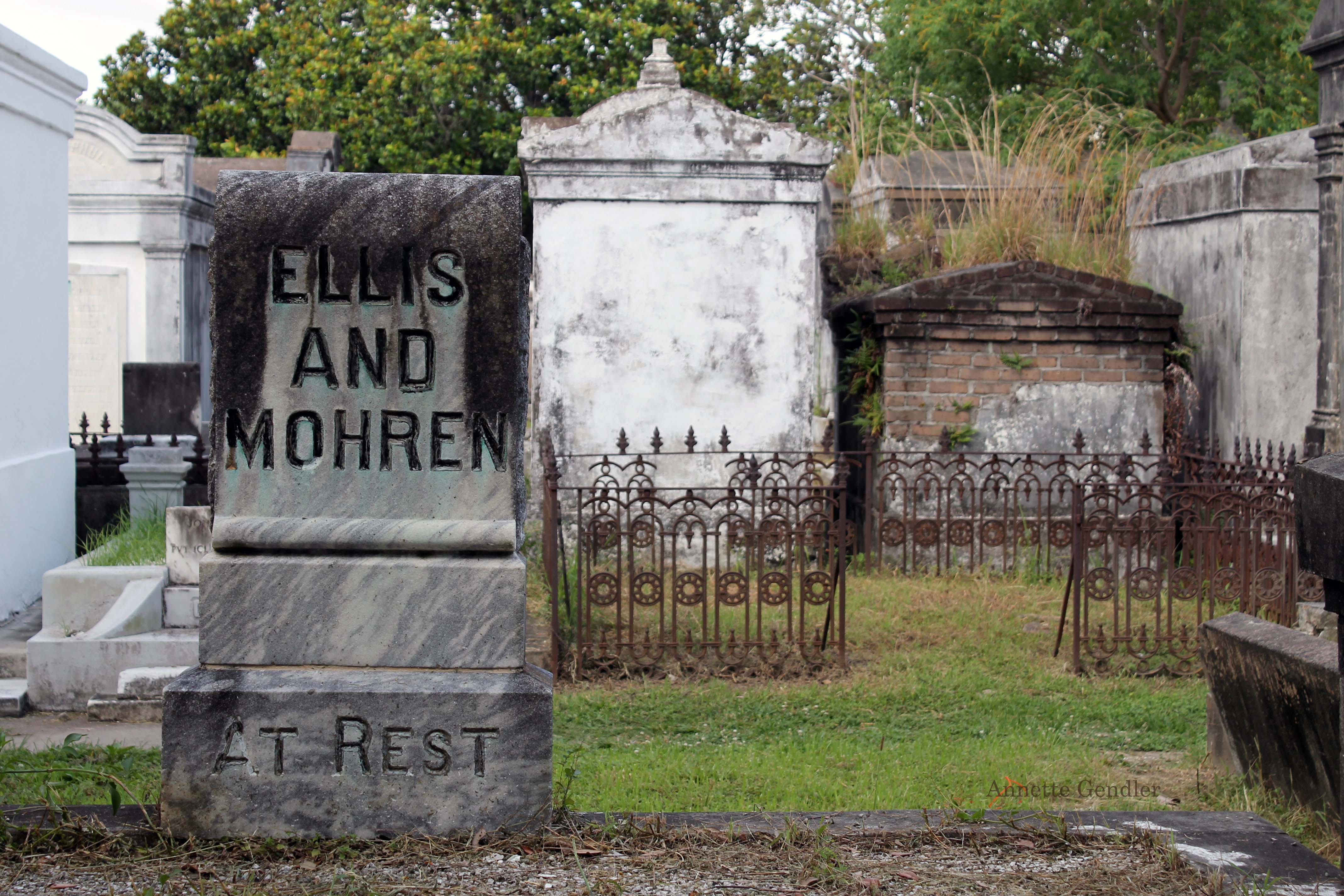 If you’ve read my blog for a while you will know that I have a thing for cemeteries, and so I enjoyed walking through Lafayette Cemetery in the Garden District and hearing about the peculiar above-ground graves and associated burial methods, but mainly it was just interesting to inspect the inscriptions and decorations, and I liked the local touch of Mardi Gras beads casually slung around gravestones. 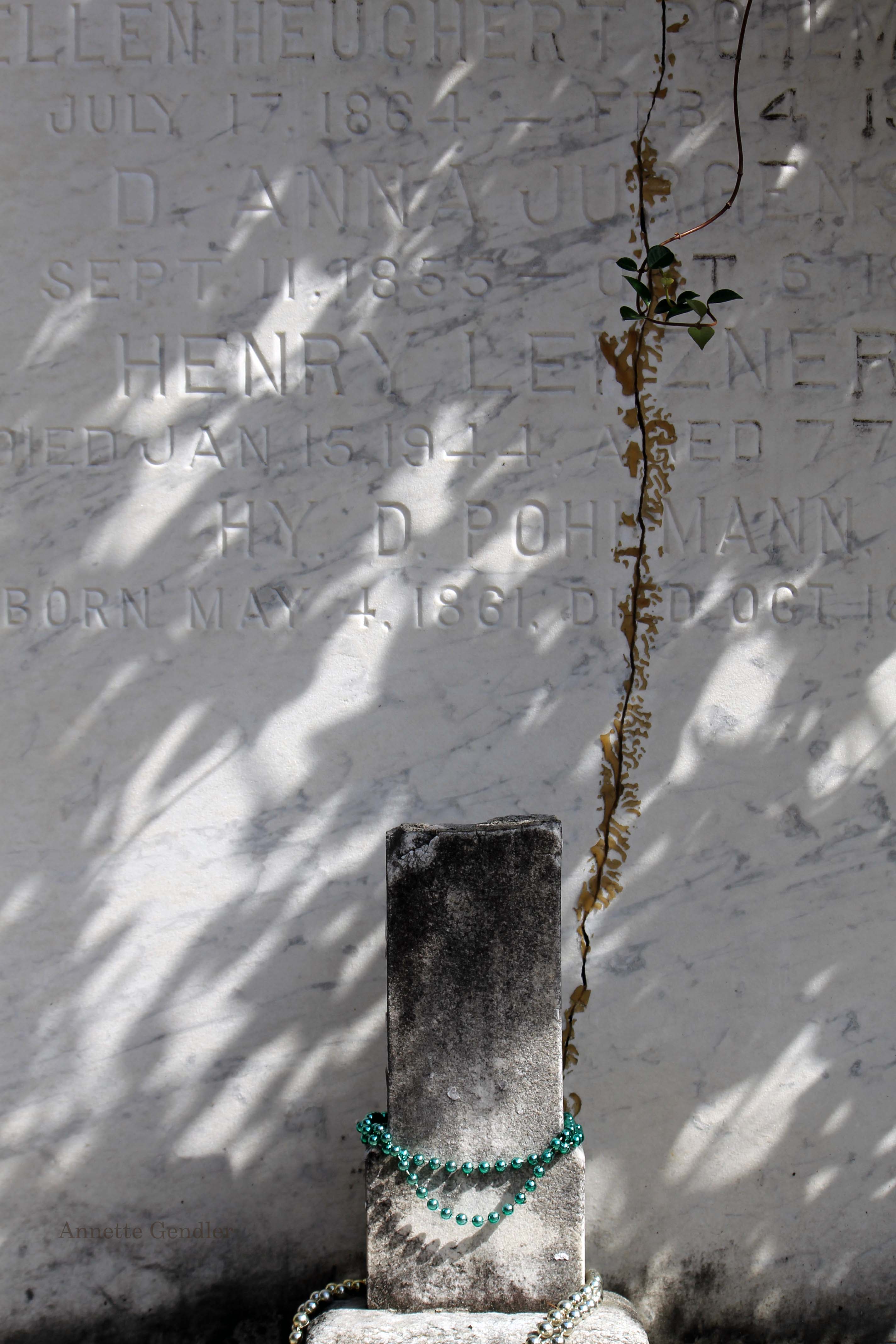