My 11-year-old son is off from school already this week, and he wanted to go to the zoo (Who knew?). So yesterday we spent the morning at Lincoln Park Zoo. I hadn’t been there in years.  I felt as if I was retracing the foot steps of my younger self.

The zoo was nearly empty, and the only visitors were young mothers with toddlers. That used to be me. 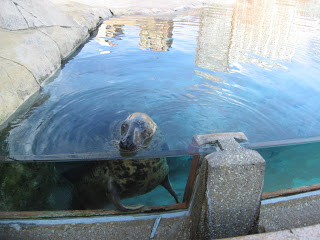 What amazes me about taking photos is that often a photo makes you see things you didn’t see before – for instance here I was focused on capturing the sea lion and the glorious blue surface of the pool, but when I look at the photo now, I love how the reflection of the skyscrapers mingles with the world of the sea lion. And throughout these photos, a vantage point emerges that I hadn’t even contemplated: animals in the city. 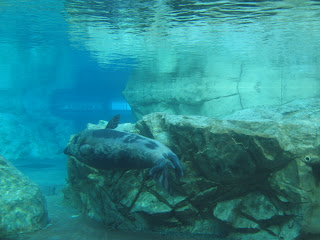 That sea lion did us the courtesy of not only poking his head out of the water (see above), but also of swimming by right when we were in the underground viewing area. 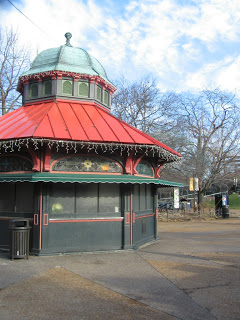 One of the pavilions at Lincoln Park Zoo – it has such a serene, end-of-season feel to it. 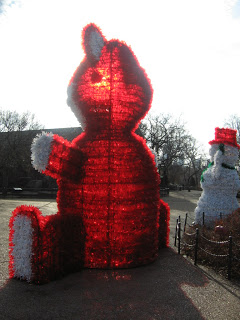 Lincoln Park is famous for its Zoolights before Christmas, and if you click that link you’ll see that the season is far from over as the zoo really comes to life after dark on December evenings. It was nice though that we got our own version of Zoolights here early in the morning with the sun pouring through this giant red teddy bear decoration. 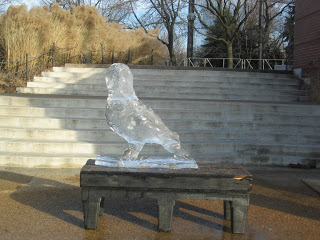 One ice sculpture was still standing… 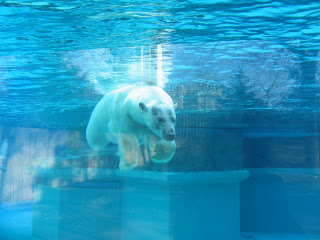 The polar bear was swimming his morning laps, again amidst the reflection of the city around him. 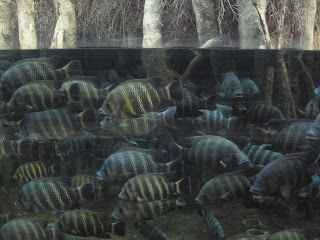 The Pygmy Hippo Viewing Area in the Regenstein African Journey: No hippo in sight, but a stunning crowd of fish, although sadly I couldn’t find a plaque anywhere that told me what kind of fish. 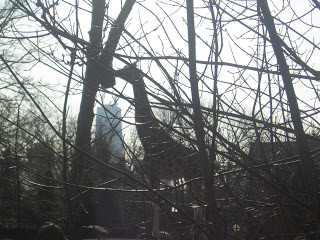 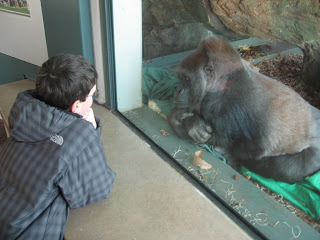 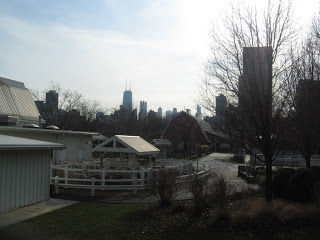 The Farm-in-the Zoo – the smell in the cow barn almost startled me with its familiarity. Not only because we used to watch the cows being fed with the kids when they were smaller but also because I grew up with that smell, riding my bike by the barns in Bavaria on my way to school. Very different silhouettes there, i.e. the peaks of the Alps in the distance, but still, the same smell.
Annette Admin2021-09-28T20:21:19-05:00December 20th, 2011|Tags: Chicago, Photo Essay|