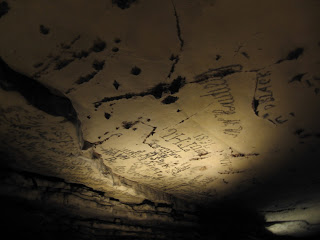 Here’s a different kind of writing for you: Candle Smoke Writing, or rather, historical graffiti.

My son and I stopped by Mammoth Cave National Park in Kentucky on our way down to Space Camp in Alabama. While we had only booked the standard Mammoth Cave Passage tour, the guide was nice enough to take our small group of between-Christmas-and-New-Year’s visitors on a side trip to Gothic Avenue, where you can find these rather magnificent displays of graffiti from before the Civil War. See inscription from 1827 in the middle of the above picture. The 7 is backwards as many of these writings were done by holding the candle over a mirror rather than craning your neck for a few hours. 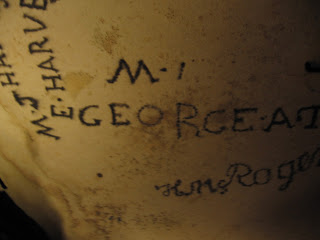 Turns out most of the guides in the cave in those days were slaves. Allowing visitors to leave their names on the cave ceiling was a way for them to make some money. 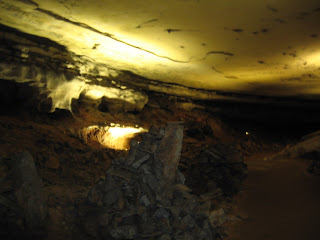 Another way for them to earn a little something was to offer visitors the chance to leave their own stone tower or “monument.” This was also a rather clever way of clearing the path of rocks, something the slaves were in charge of. 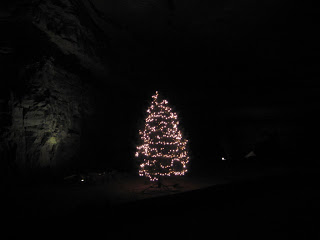 A beacon of modern light – the Christmas tree in the Rotunda in Mammoth Cave. 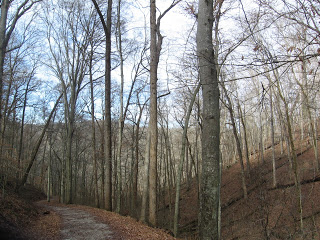 Coming up for air – I shall leave you with this image of the bare forest above the cave. Still no snow yet in this picture, perhaps we shall see a dusting as we are on our way back now. More impressions from our short trip coming soon.
Happy New Year!
Annette Admin2021-09-27T20:42:02-05:00January 3rd, 2012|Tags: Place, Road Trip|