A Lane House in Shanghai 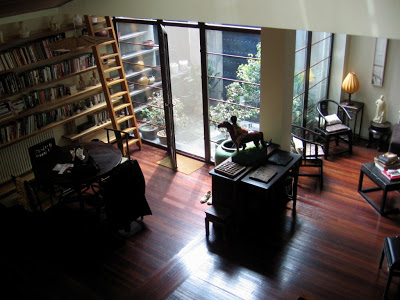 I really should have started my Shanghai series with sharing photos of this lane house in the Jing’an District, as it was the first place my friend took me to visit.

It was a particularly neat treat because this is one of the traditional Shanghai lane houses (called Shikumen), carefully restored and modernized by a friend of my friend. 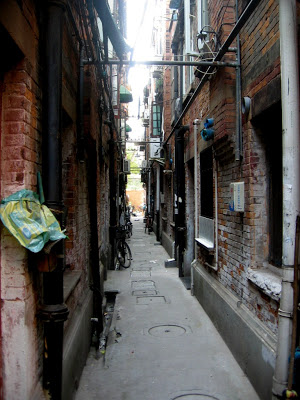 Shikumen housing is arranged along straight, narrow alleys like this, accessed by an often ornate stone gate. These lane houses were first built in the 1860s, and up until the 1930s most of the population lived in tenements like this. A narrower lane can be seen in my earlier photo essay of the former Shanghai Ghetto area in the Hongkou District. 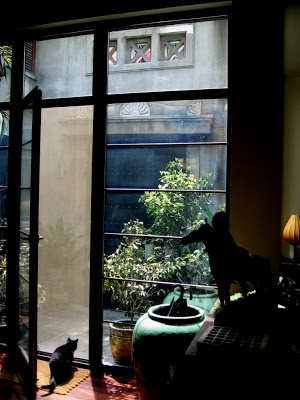 This lane house has the luxury of a little courtyard that can be seen here, featuring potted trees. The heavy metal door is the entry door leading out to the alley. 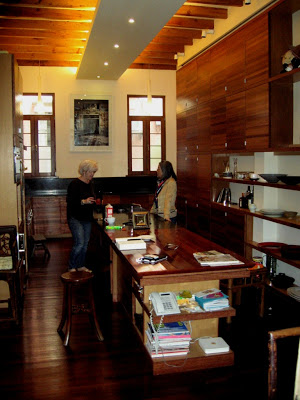 The open kitchen area obviously looks nothing like the original, and with its ultra modern look it could be anywhere. Typical for Shanghai, I found, is the enclosed feeling. There is no view from anywhere in this house, except the vistas inside (this might be a typical Chicago view of living space since there is so much open space here).

Speaking of views, the skylight at the top of this three-story lane house affords what I realized to be the predominant look of Shanghai – apartment towers are everywhere, most of them built in the last 20 years. They are also why the traditional Shikumen housing is disappearing. Apartment complexes provide way more housing for this most populous of Chinese cities than the old tenement housing does. 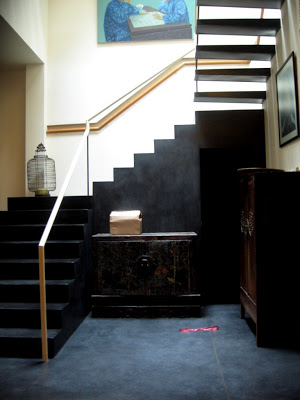 The skylight up above floods the staircase with light. I love this juxtaposition of antique Chinese furniture with the spare black staircase, the whimsey of the bird cage, the oil painting up above, and the everyday touch of a cardboard box. 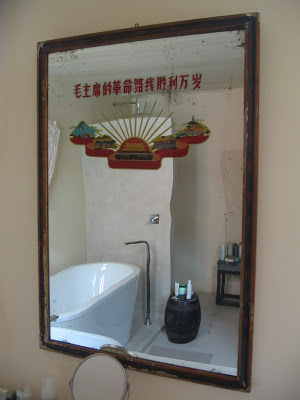 In the master bathroom, a mirror with Maoist propaganda, available, if you are interested, at Madame Mao’s Dowry. 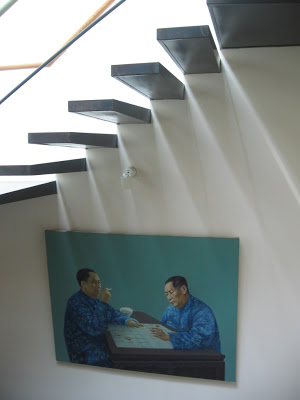 Down the staircase again, where the steps float above contemporary Chinese art. 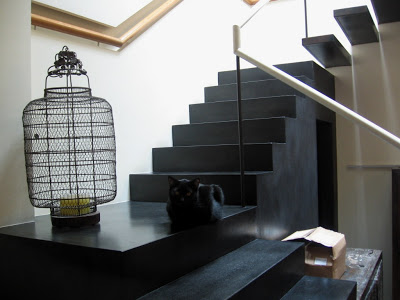 As I am putting this together, I think I’m discovering a theme – stairs, steps, light. 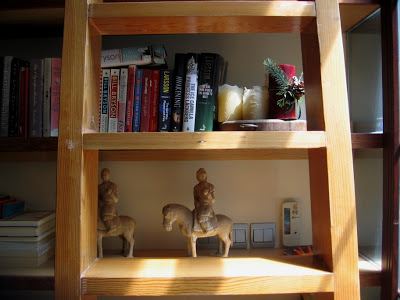 Case in point – I took this picture because of the intriguing mix of Western Christmassy candles and Chinese rider figurines, but again it’s framed by the step ladder of the book case. 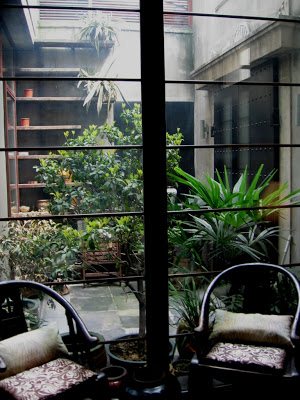