This is the last day of May, and one could say spring is officially over, since in the U.S. we tend to think of summer as June, July and August, even though here in Chicago temperatures have dipped to the 50s today after hitting almost 100F last Sunday. In any case the last day of spring is high time for me to share pictures from one item on my spring list, which I actually did do:

Hike Starved Rock State Park when there might be water falls from spring showers.

We like to approach Starved Rock State Park from the east, where there tend to be fewer people, and one can hike Illinois Canyon almost undisturbed, especially on a weekday.

Illinois Canyon does not feature waterfalls, but rather these shallow pools.

I was fascinated by the ripples in the water reflecting on the canyon walls. 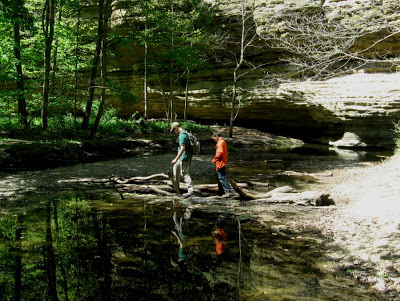 These crossings in the Illinois Canyon can be treacherous. In fact, I didn’t fare as well as my sons in this photo, which was taken right before one of those wobbly logs gave way and I fell in.

My entire left side was sopping wet, but thankfully my camera had been in my right pocket. The weather was warm enough, so that wringing out my jeans and then lying in the sun for an hour at the Lone Point Shelter dried me pretty well, and we could resume our hike.
Most of the wayside walking in and out of Illinois Canyon looked like this on that day in April. How very different from hiking Starved Rock in the fall! 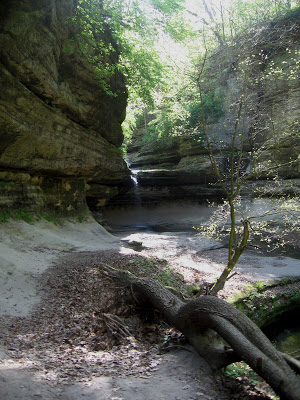 Hiking into LaSalle Canyon – the promise of a waterfall.
It doesn’t get any better than this. 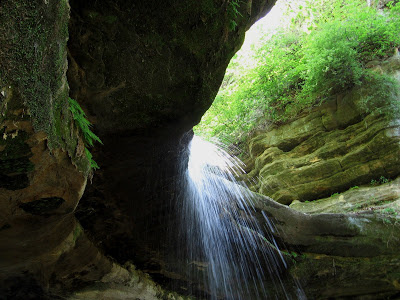 Well, maybe it does. It’s the coolest thing to be able to walk under a waterfall and not get wet. 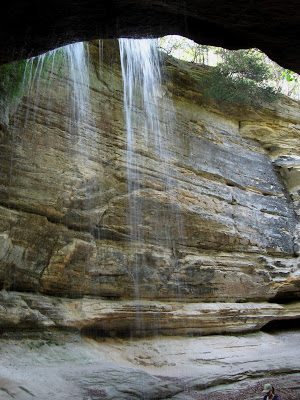 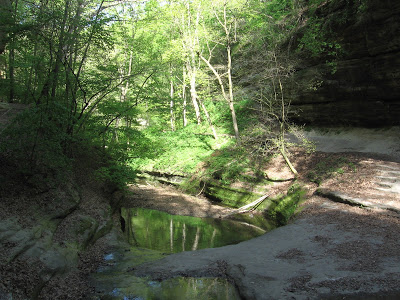 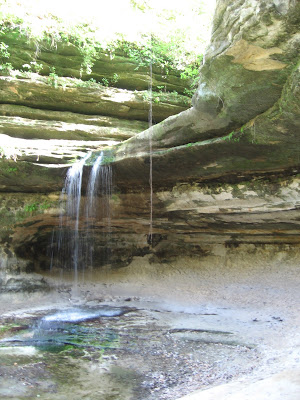 A Waterfall and a Vine 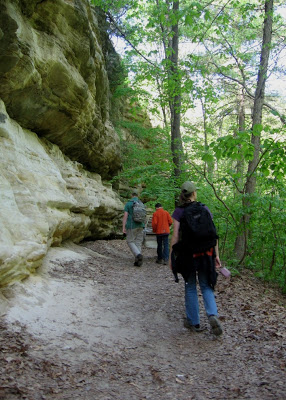 Hiking along a canyon wall. Not all trails in Starved Rock are like this, many meander along the Illinois river, or lead you through the forest until you happen upon another canyon. 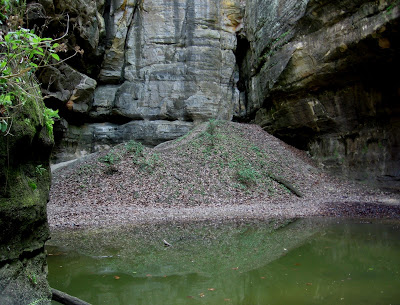 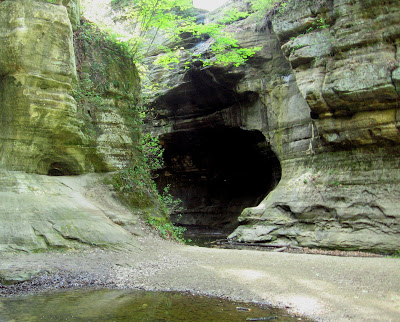 Catching a Drop in Tonty Canyon 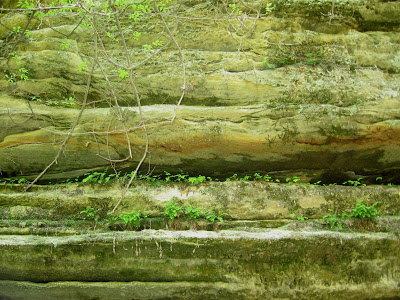 A Study in Rock Layers 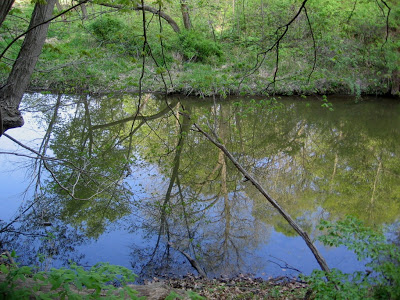 Lots of water in LaSalle Canyon for Reflections 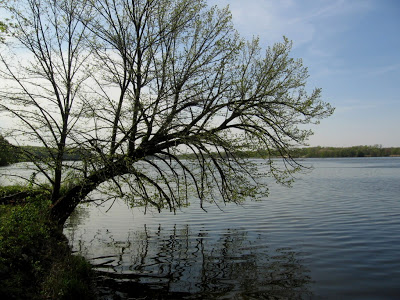 Final reflection – a tree by the Illinois River at Starved Rock State Park.