A Spanish Colonial House in Shanghai 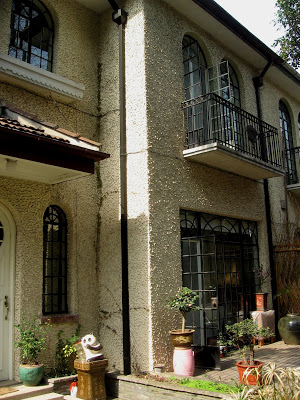 After featuring a renovated Shanghai lane house, I want to give you another insight into living in contemporary Shanghai with a few shots of the home of Patricia Lambert, which I was fortunate enough to visit on the last day of my trip. Built in 1925 in the Spanish Colonial style, it’s not at all what I would have expected to find behind one of the typical walls in the midst of the former French Concession. But this type of house is indeed evidence of Shanghai’s cosmopolitan architecture dating from the first half of the 20th century, when many immigrants, refugees and world travelers brought their styles to Shanghai. 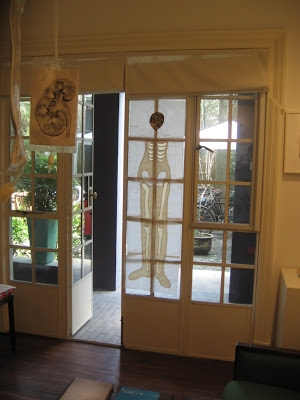 Patricia’s art gallery front line contemporary is in the entrance wing of the house. While I was visiting in late March, she had just held the opening to an exhibit of the work of Annelies Slabbynck, who uses medical devices, old garmets and, in one piece, old teeth, to create a “mirror reflection of human life, and its related existential questions, which go hand in hand with the natural evolutionary process of the human body” (her own words). The above picture is looking out at the courtyard from the gallery through one of Annelies Slabbynck’s “skeletons.”

Who wouldn’t love an idyllic view like this? Especially in the middle of a huge city? 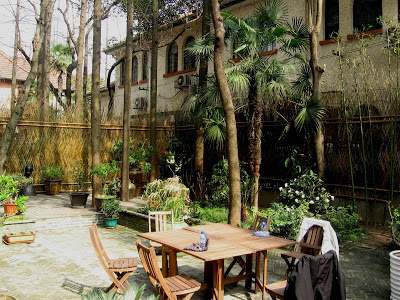 The bamboo fence had just been painted and so the courtyard smelled of fresh varnish when we were there. 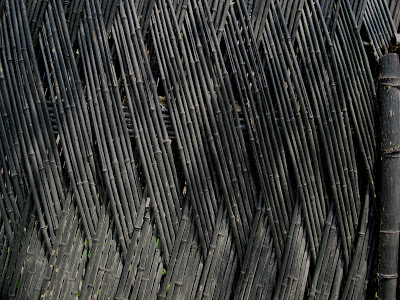 Speaking of bamboo fences, here’s a detail from a bamboo fence, not from the one at Patricia’s house, but I took this photo on the very same walk through the French Concession area. I just loved the pattern and texture of these very high and yet rather thin, woven fences. 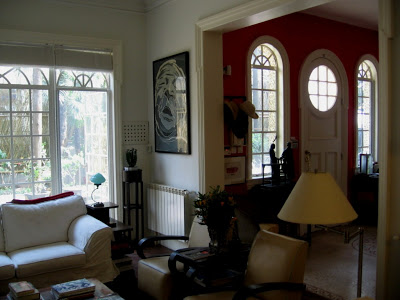 Stepping inside Patricia’s house, I realized it is one of those homes that could be featured in a home decor magazine. Everything is curated, and, Patricia being an avid collector of art deco and antique Chinese furniture and art, no piece here seems trivial, or purely functional. 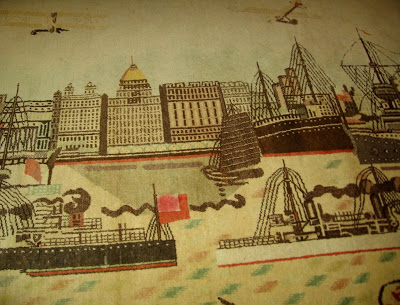 A hooked rug spread between the dining and living room features Shanghai’s Bund waterfront as it would have looked around the turn of the 20th century. 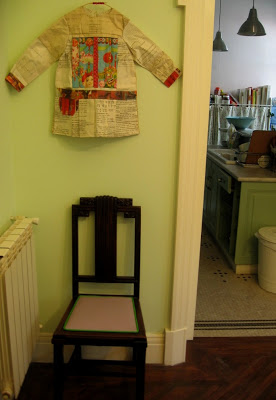