Photo Essay: At the County Fair

Going to the Porter County Fair in Valparaiso, Indiana, has become a summer tradition for our family. The kids love the rides (see above). I’ll go on one or two, and then my husband and I mull about the exhibits trying to learn about practical things like gutters and windows for the house we might build some day.

I had my new camera along – I finally took the jump and got a DSLR, in this case a Canon Rebel T3, which seems to be a good beginner’s DSLR, but all its buttons and dials still have me a bit scared. Here I managed to capture, somehow, the motion of the Feuerball ride. 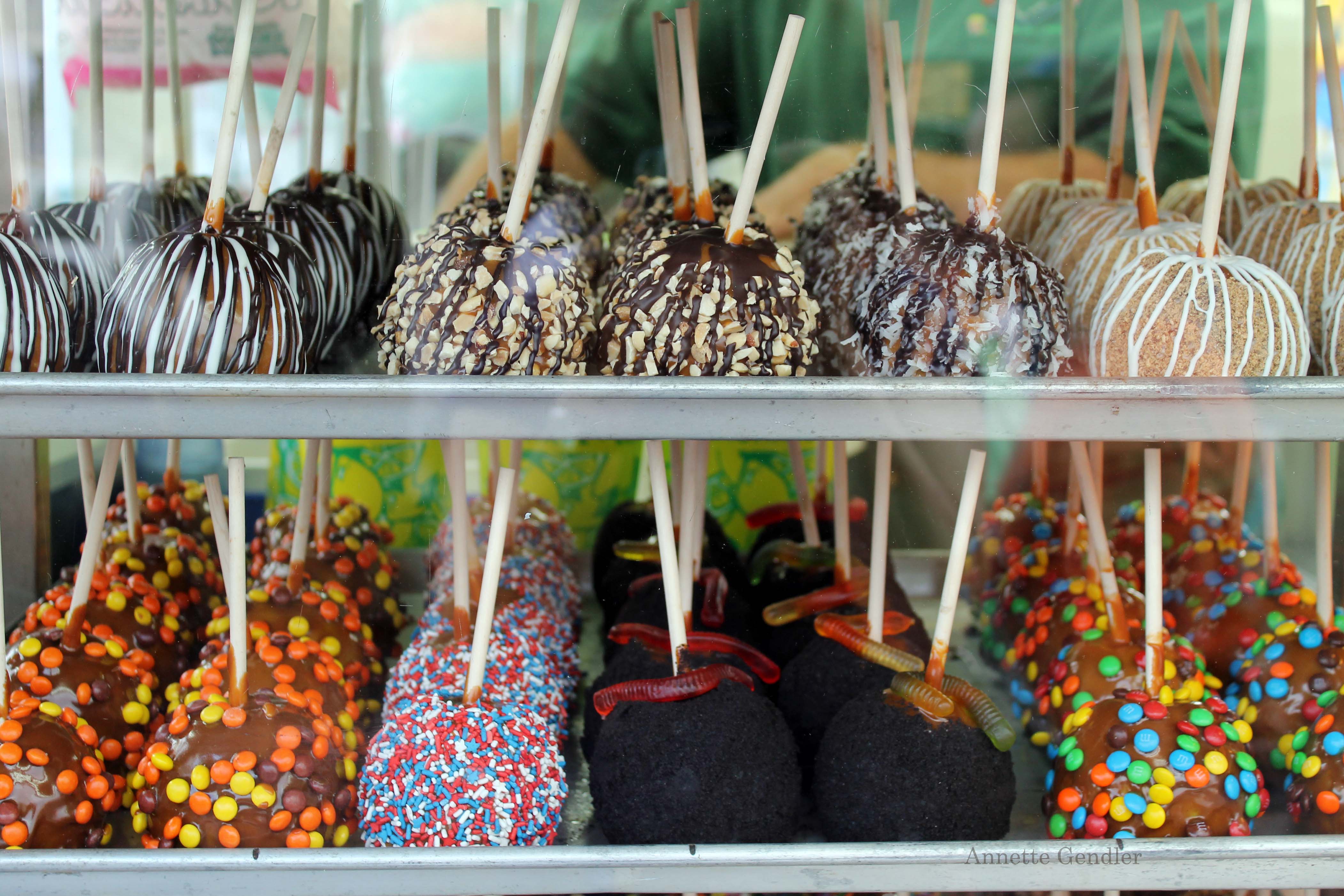 We all enjoy the food at the fair. Candy apples are actually not one of my things, but these were too gorgeous not to be photographed.

While I grew up with a “Volksfest” happening in our village in Germany at some point every summer, county fairs, the sort of American equivalent, weren’t on my radar until we discovered the Porter County Fair.

We went there initially because one of the merchants for tractor equipment we were looking at mentioned that he’d be there, and that most merchants in the area exhibit at the fair. Turns out, a county fair is not entirely the equivalent of what I knew as a “Volksfest,” which means a “people’s festival” and amounts to a bunch of carnival rides and a biergarten. At a county fair, or its bigger sister, the state fair, merchants exhibit their fare, and lots of animal competitions and showings happen. (Read the famed children’s book Charlotte’s Web to learn more about animal exhibits at state fairs…) 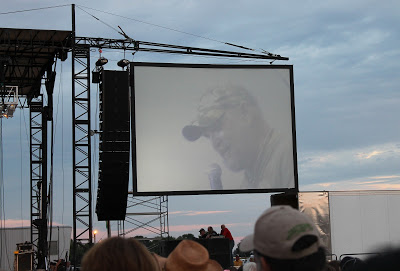 This time we also took in a show. Larry the Cable Guy was performing.

Enjoying some easy laughs was just the right light-hearted thing to do on a balmy summer evening.

It also fit into the unpretentious atmosphere of the county fair, which is one of the things I love about it. Perhaps this kind of fair is especially enjoyable because we come from the big city, where any event like this involves crowds, massive lines to get parking, tickets, or food. In contrast, at this fair it only takes a few minutes to park. Even though it was well attended, you’ve got space to walk about, and you don’t waste inordinate amounts of time waiting. 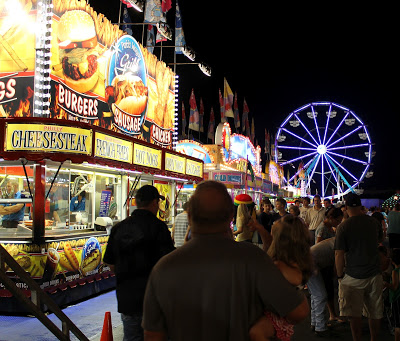 After the show, night had descended – the perfect time for me to see how my new camera would be able to capture the night lights.

Using the “Bulb” shutter setting (something I learned in the photography class I’m taking – didn’t I promise some photographic adventures recently?), I was able to capture the moving lights here of the carousel with the ferris wheel behind it. 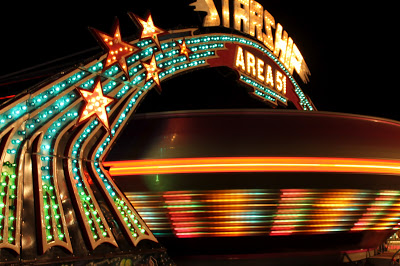 We could barely get the boys off this G Force ride. 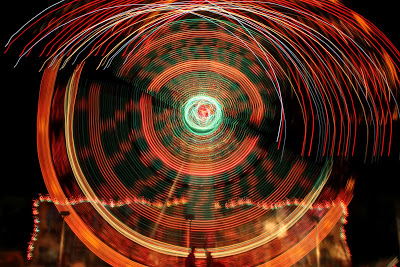 The boys also did this 1001 Nights ride, which is a giant hammer that spins around in a cirle. This abstraction captures its lights but sort of looks like a floppy haired one-eyed crazy creature. 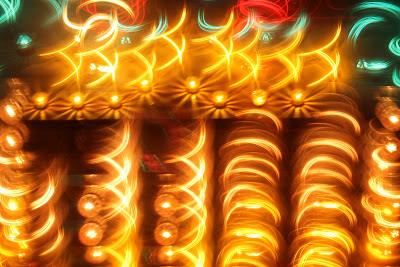 Here’s an abstraction of marquee lights, achieved by slightly moving the camera on the “Bulb” shutter setting. 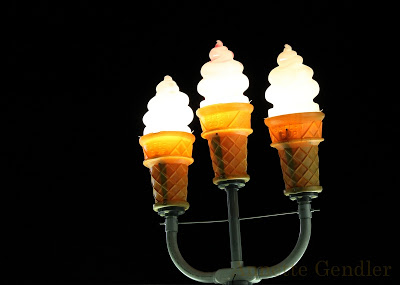 I’ll conclude this trip to the county fair with my favorite shot of an sign for soft ice cream, entirely not abstract.