Since today is November 1, and I have so far been celebrating fall with roaring colors, I’m thinking this is right time to share my photos of fog along the California coast. For me, fog goes with November, even though this is more of a cliché than based on personal experience. Fog is rare in Chicago where I live, and wasn’t that common in Upper Bavaria in Germany where I grew up. Maybe, for that very reason, I have a certain benign fascination with the mystery fog brings with it.

On our trip to California this summer, we experienced the most amazing fog banks in Marin County, along the Pacific Coast just north of San Francisco. Driving out on the Point Reyes Peninsula was an especially surreal experience. Along the inlet and Highway 1, the day was sunny and warm, but we could see the clouds hovering over the hills. 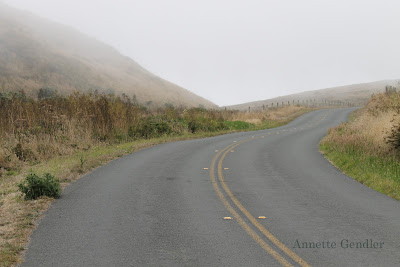 The fog thickened the closer we got to the ocean. The landscape reminded me of the West coast of Ireland, except that there the grass would have been green, while here it was dried out. 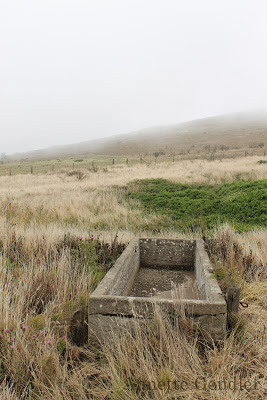 The grasslands and hills of the Point Reyes Peninsula are active farmland. Here an empty trough. 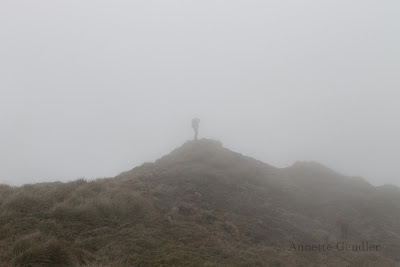 Hiking in the fog. 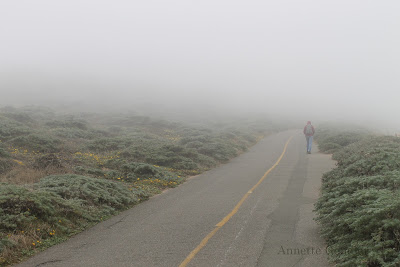 Once we got to the tip of the peninsula, the fog was so thick that we could see about 30 feet. Here my daughter heads into the fog on our way to hopefully spot the lighthouse. It was also barely 50F and we all zipped our hoods tightly against the wind. 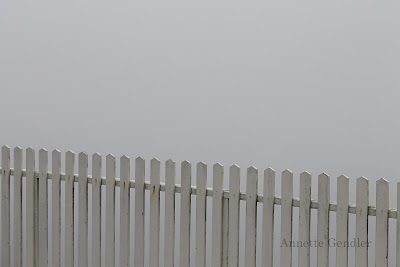 Alas, once we reached the top of the cliff, we found ourselves in the middle of the clouds with no view of the lighthouse. At least I got this shot of white zero visibility. This serene white did not come with quiet, however. Rather, the howling wind and the crashing waves down below were almost deafening. 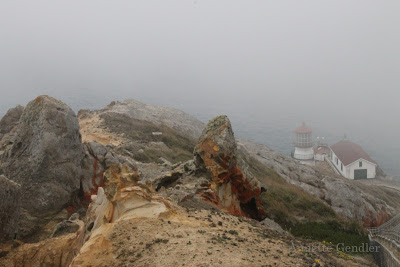 Eventually, thanks to the force of the wind, the fog thinned out and we got a glimpse of the lighthouse. Sadly, it was closed the day we were there. 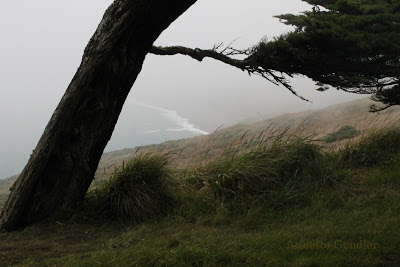 On the way back, the shoreline was visible beyond the cypress trees. 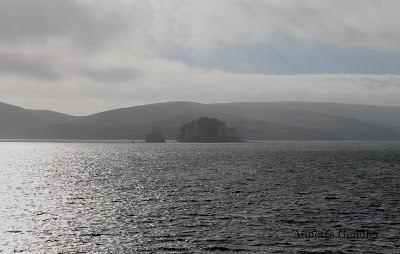