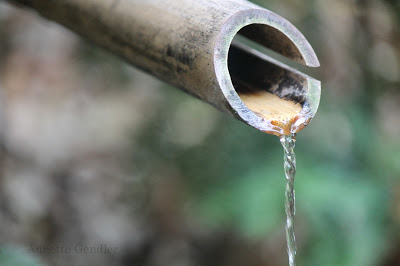 We had a Thanksgiving without a turkey, and not by design.

As I turned on the oven to bake the pies my daughter and I had so carefully put together, the bottom heat element went up in smoke. Literally melted. I had the turkey stuffed and ready to go. Since the top heating element was still working, I refused to give up. We “broiled” the pies until they had a nice crust, and then “broiled” the turkey. It didn’t work. The result was a raw turkey and two soupy pies.

I have to admit that I was annoyed, mightily annoyed. Mainly at all that work going to waste. Fortunately the rest of the family was more good humored, and we weren’t expecting any guests. I had made cranberry relish, corn bread, sweet potato spoon bread (my kids’ favorite Thanksgiving dish) and roasted vegetables the day before, so we did have some Thanksgiving foods. The next day, my husband took the turkey apart, I broiled the parts and cooked it all to make a white turkey chili, another family favorite. I made apple crumble from the half-done apple pie and my daughter cooked the pumpkin pie on the stove, which worked surprisingly well.

There’s a certain art to working with limited supplies or doing without something, and this experience had me thinking a lot about making do.

A few weeks ago I had been contemplating the same thing. The water main broke on our block.

Around noon on a Sunday, our water was shut off without any warning.

All faucets went dry. It took us a while to even find out from our neighbors what was going on. I happened to be in the middle of cooking, but fortunately I didn’t need water for what I was fixing. I couldn’t, however, run the dishwasher or even soak the pots and pans. My son quipped, “I now appreciate all of Dad’s bottled water.” Oh, yeah! I instructed the kids to not flush the toilets unless they had to, and I was suddenly very appreciative of the restrooms at the JCC where I was driving my son for basketball later that day. Oh, the luxury of washing my hands!

I was thinking of all the things we need running water for – flushing the toilet, making coffee, boiling pasta, taking a shower, washing our hands, etc.

The only water we did have was “Dad’s bottled water,” but that was too precious for all the other tasks. Thankfully, the water was on again later that evening, but it had us all appreciate the miracle of a running faucet.

So, one can do without, without running water (at least for a while) and without an oven.

Life can be sustained. People lived (still do in other parts of this world) without an oven or running water. To a First World person like me, it’s annoying, cumbersome, and requires some resourcefulness and good humor, but it can be done. Both are not necessary to sustain life.

Making do, I guess, is a good exercise once in a while. It makes me appreciate our modern conveniences so much more when they are working.