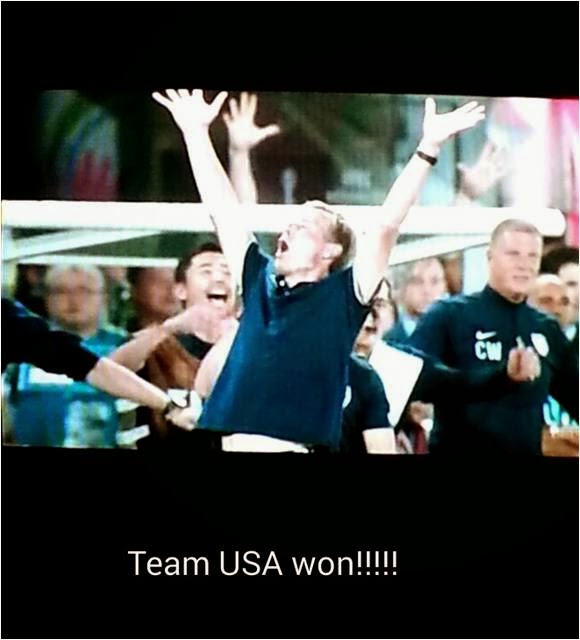 …when the team you’re rooting for in the World Cup 2014 not only shoots a goal, but wins!

That picture is joy captured, right? My daughter took it as a snapchat from the TV screen just as U.S. coach Jürgen Klinsman jumps up in joy when the referee blew the whistle ending the game and the U.S. team won 2:1 against Ghana.

This World Cup is providing me with lots of opportunities so far to observe, study and experience joy. And I’m lucky as, being binational, I can root for two teams, the Americans and the Germans, both of which had great wins on their first game day on Monday.

As you read this, I am actually on a plane to attend two World Cup games in the Amazon city of Manaus in Brazil, on of which is the U.S. team playing Portugal on Sunday. It’s a great adventure trip with friends and two of my children. We’ll be battling crowds, mosquitoes and the unrelenting heat, but I expect we will also be swept up in all the excitement and hopefully also hop around in joy.