Manaus Journal (2) – Tie your House to a Tree 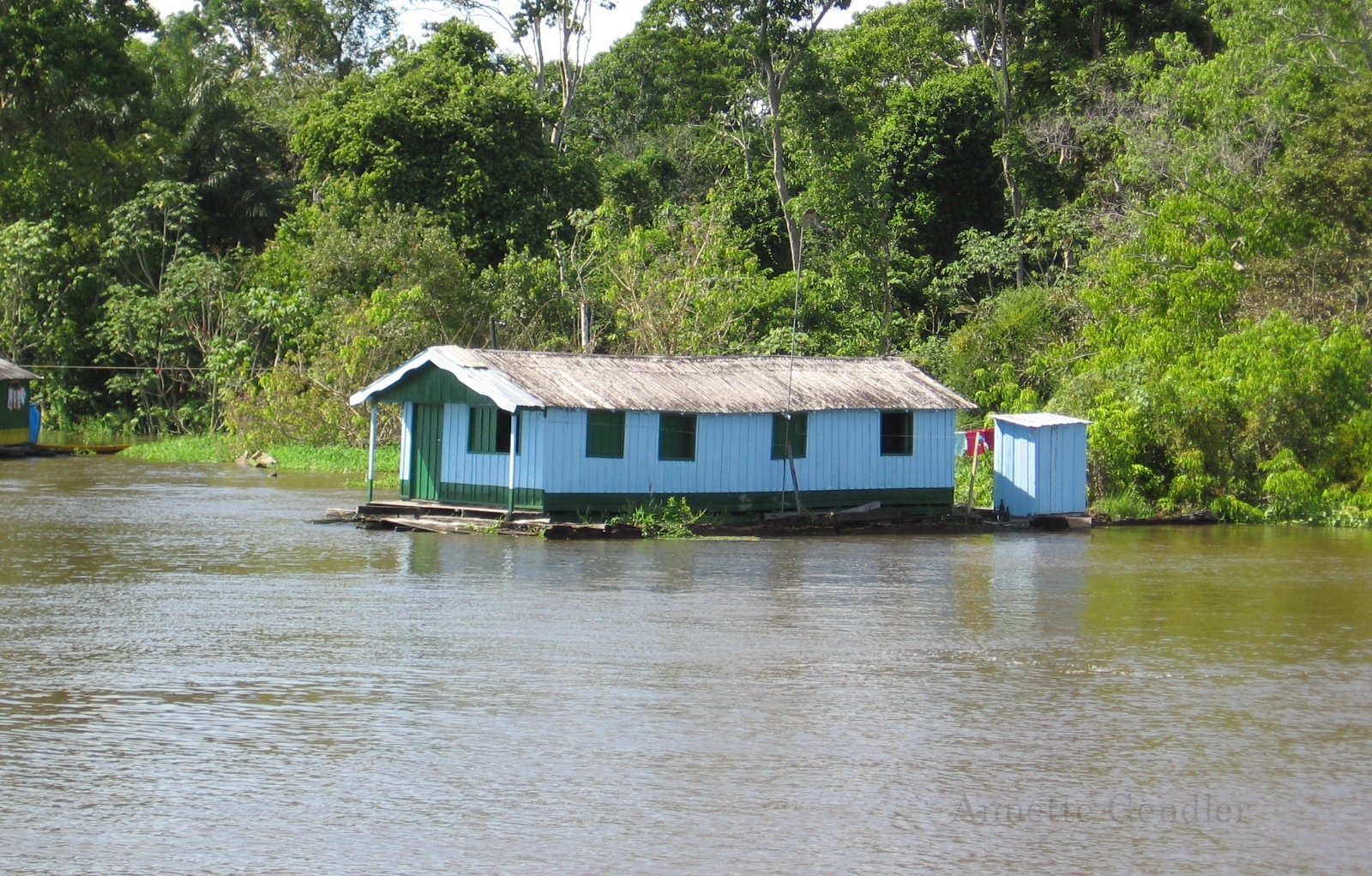 In between attending two World Cup games in Manaus, the capital city of the Amazon, we had time to explore the river and the rain forest. When we were visiting in June, the rainy season had just ended, and thus water levels were at their annual high. 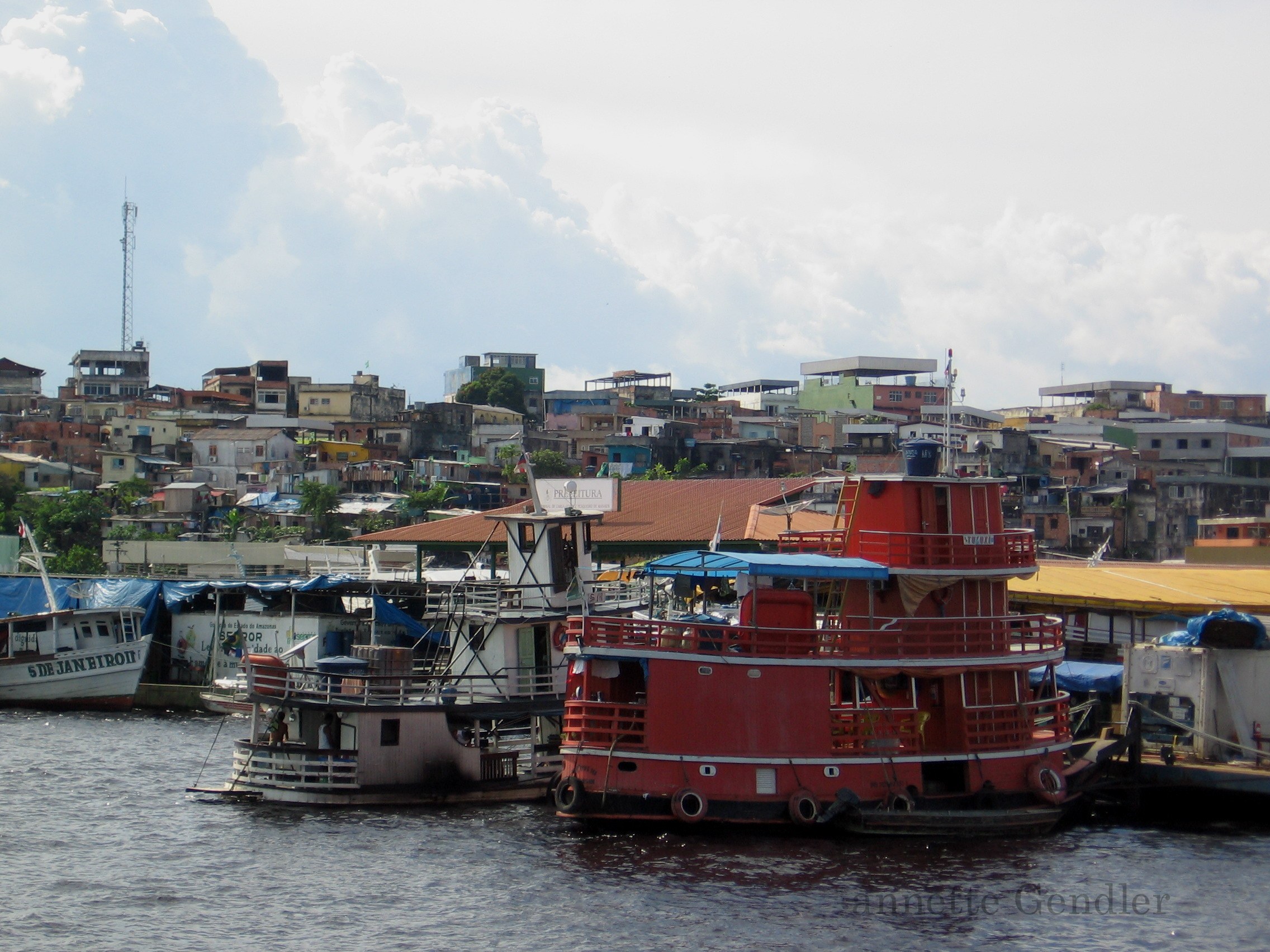 Manaus cannot be reached by a reliable road, unless you drive north to Venezuela. You can fly in; but mainly, comings and goings happen by boat. Life is on the river. And because the water levels fluctuate so much, unless you live in Manaus proper which sits on a rocky elevation, you live in a floating house that you “tie to a tree,” as the travel guide on our first tour described it. 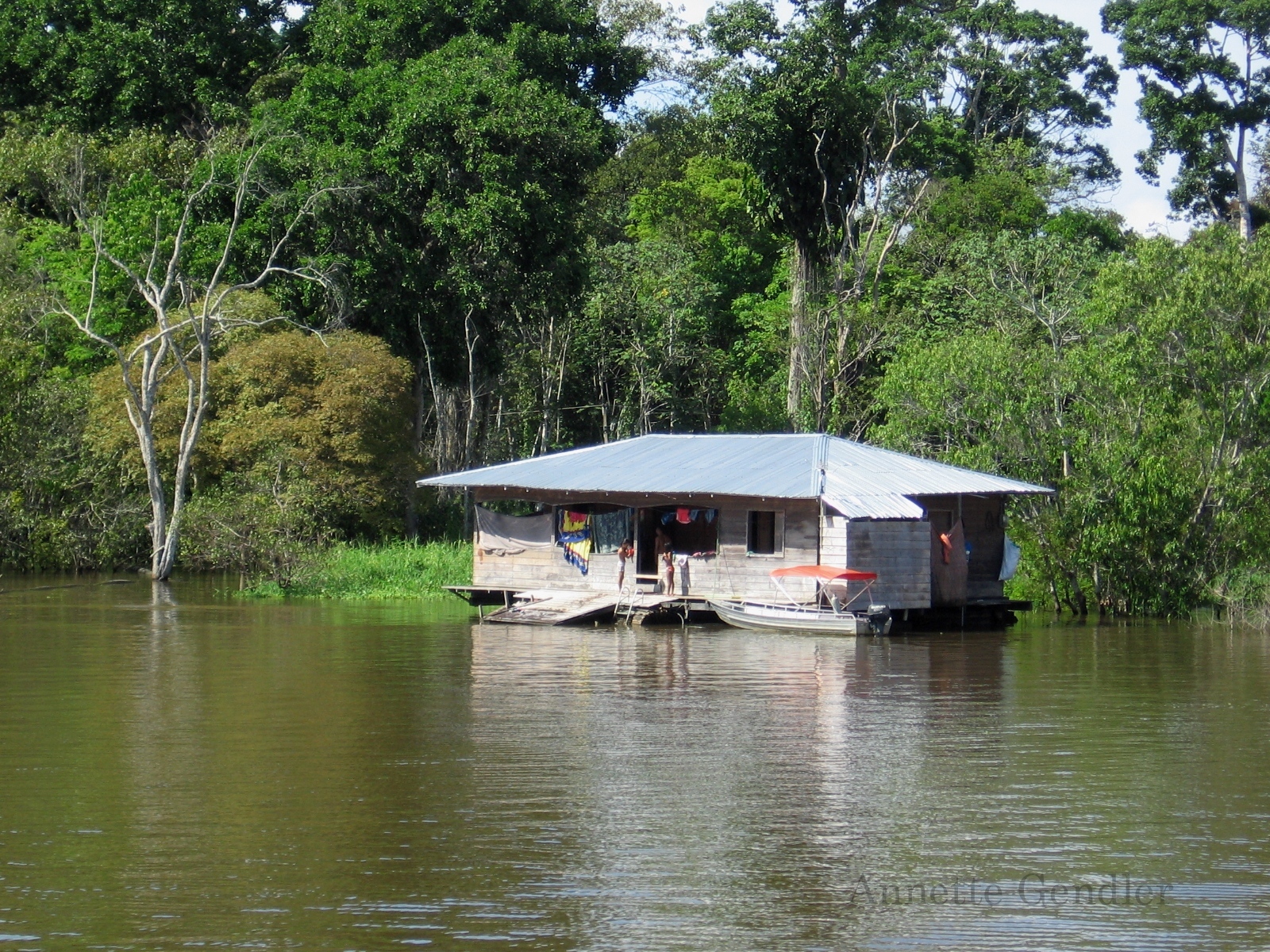 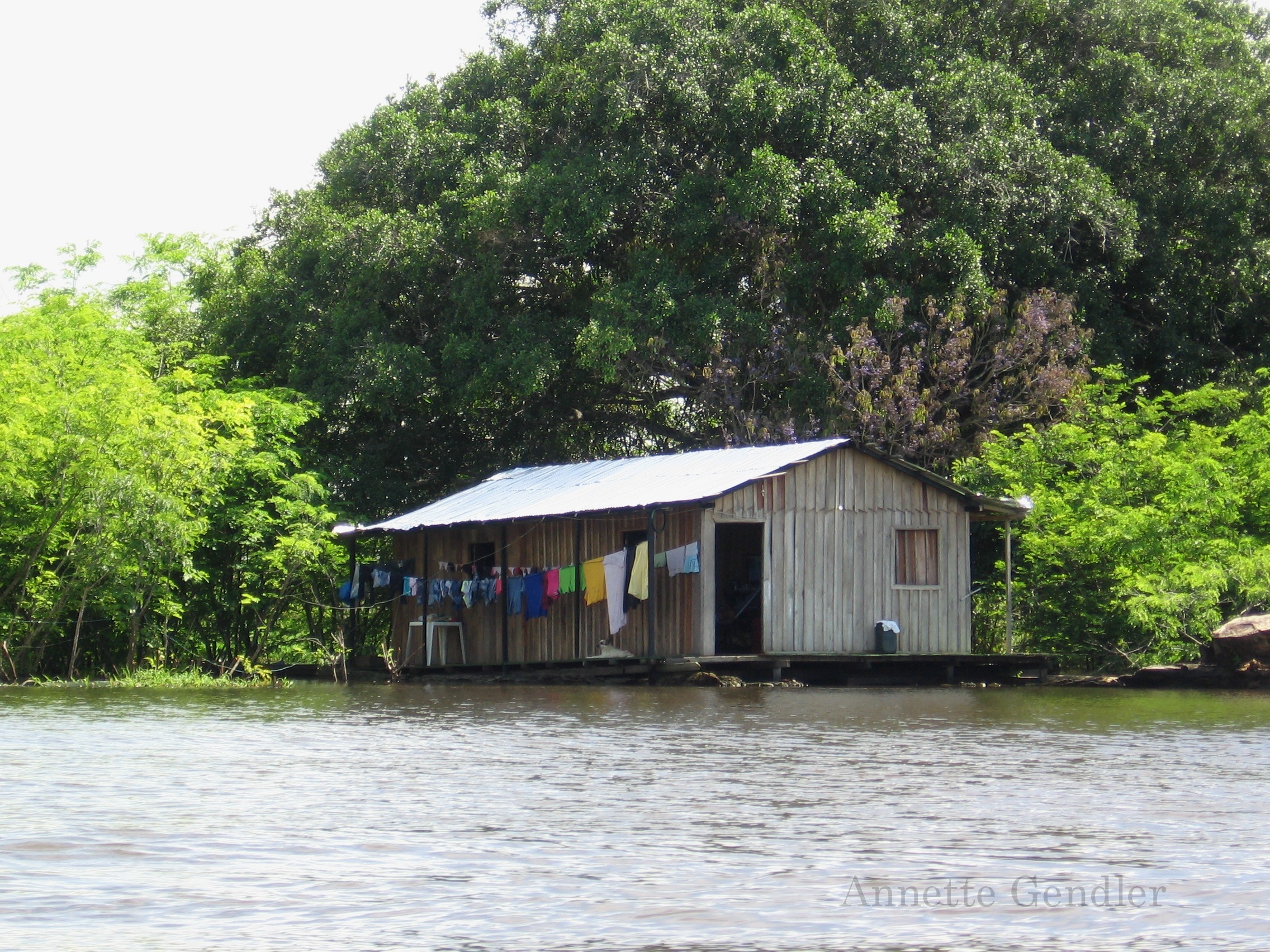 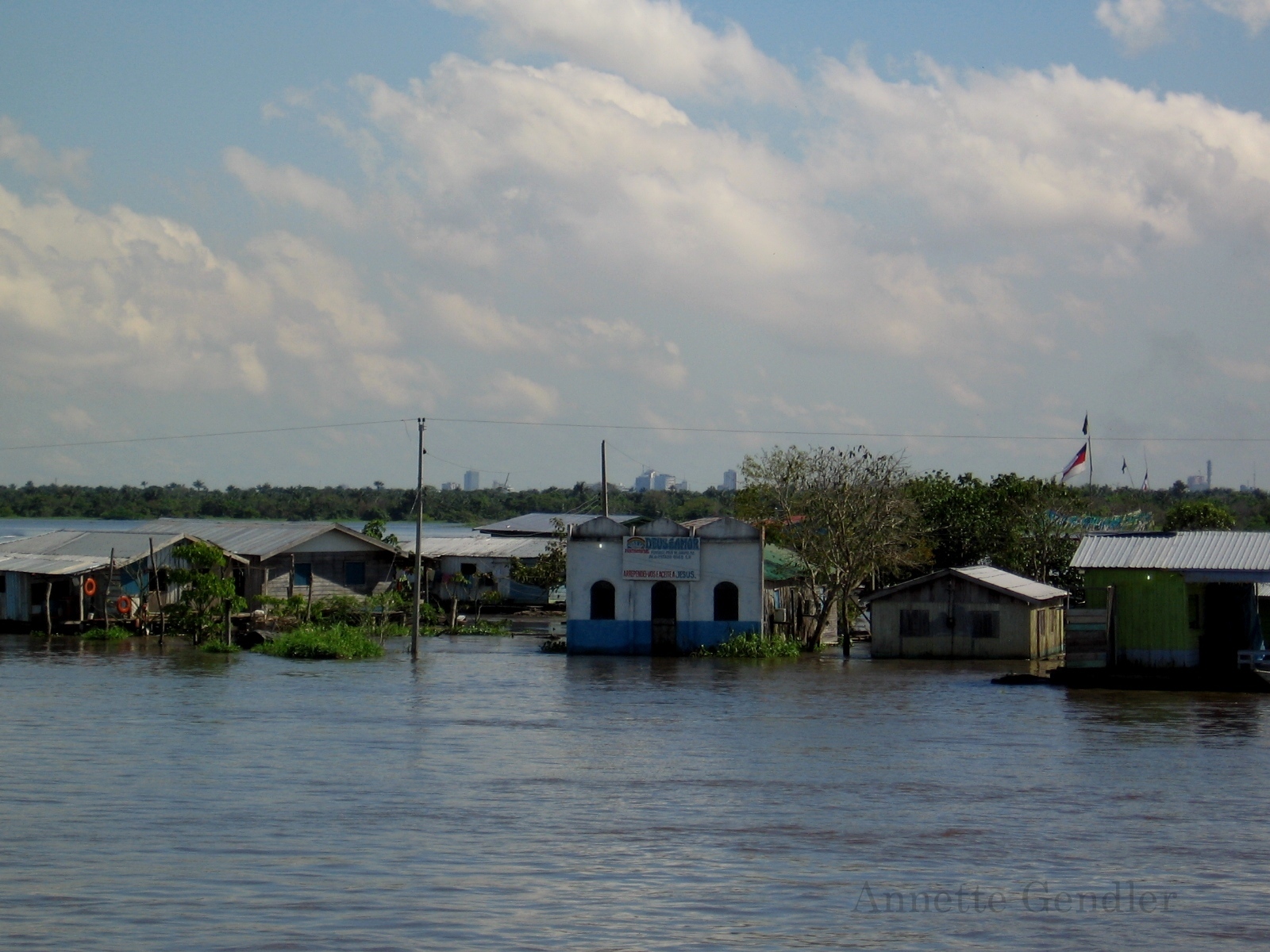 Here a floating village with the high rises of Manaus on the horizon. The poles carrying the electrical lines are mounted on pontoons as well, so they can adjust to the water levels. 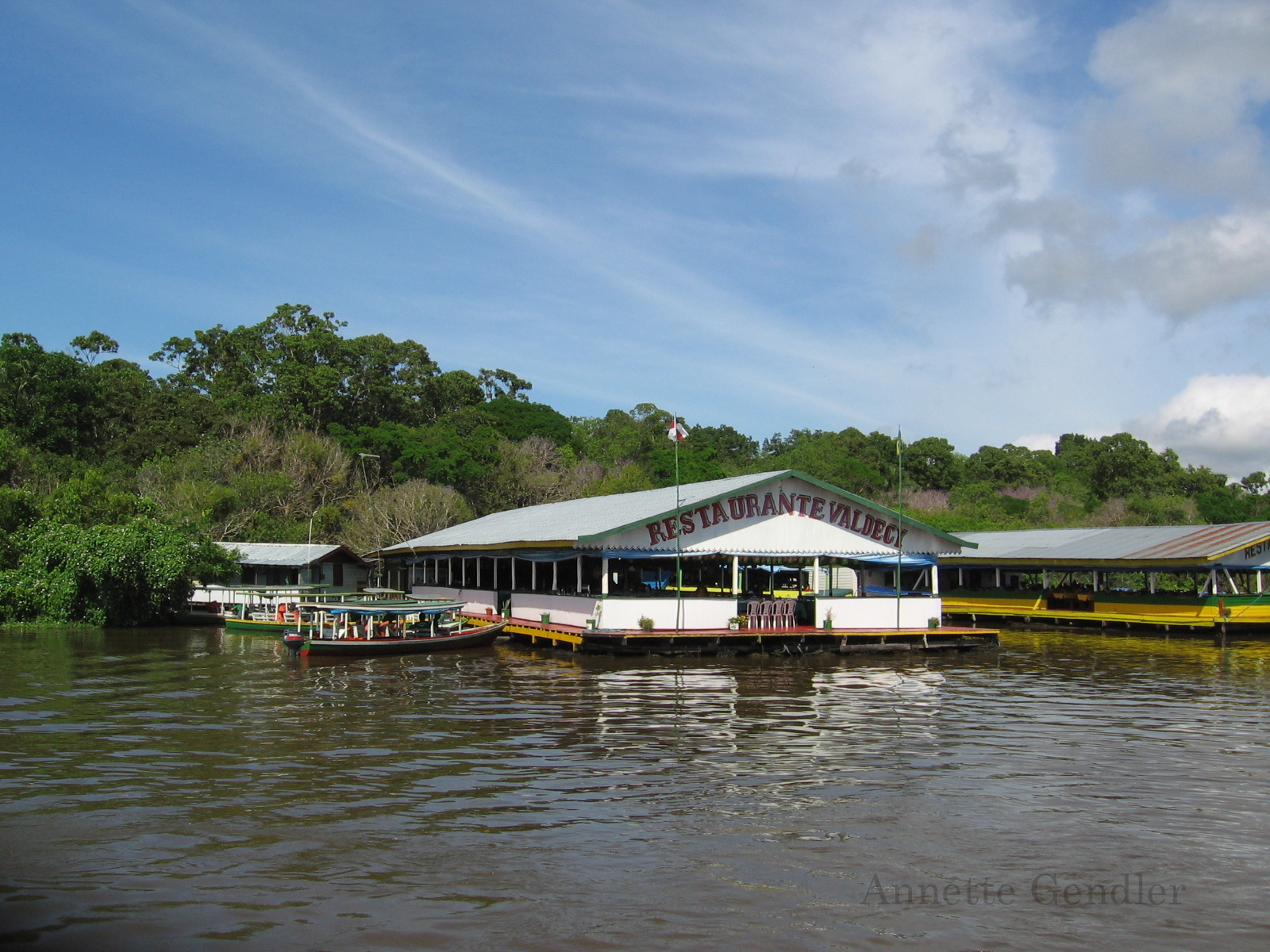 The floating restaurant where our tour stopped for lunch and transferred to smaller “canoes” to explore the flooded rain forest. 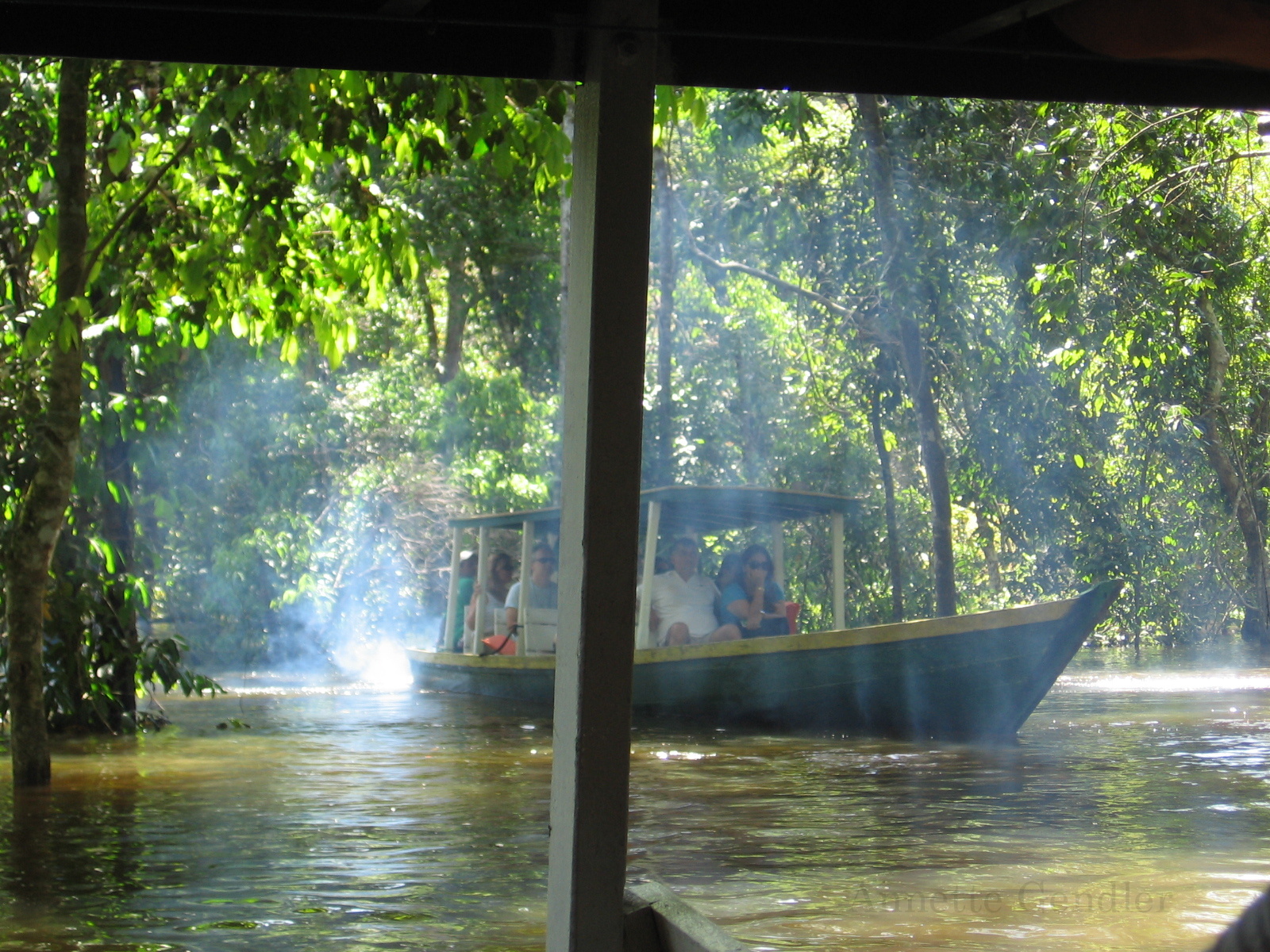 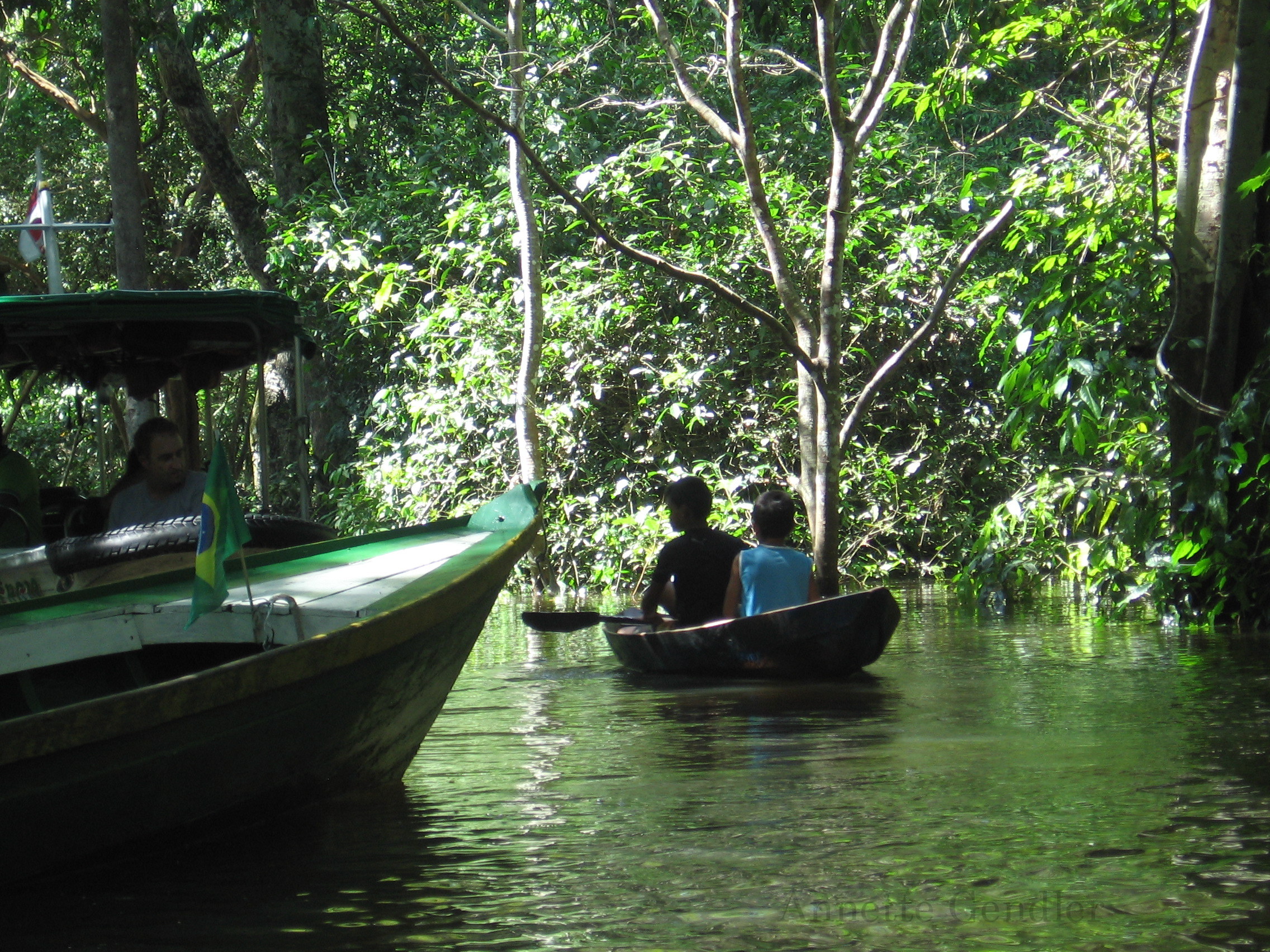 Local kids peddle their wares and show exotic animals (my daughter got to hold a sloth!) in a watery meeting place. 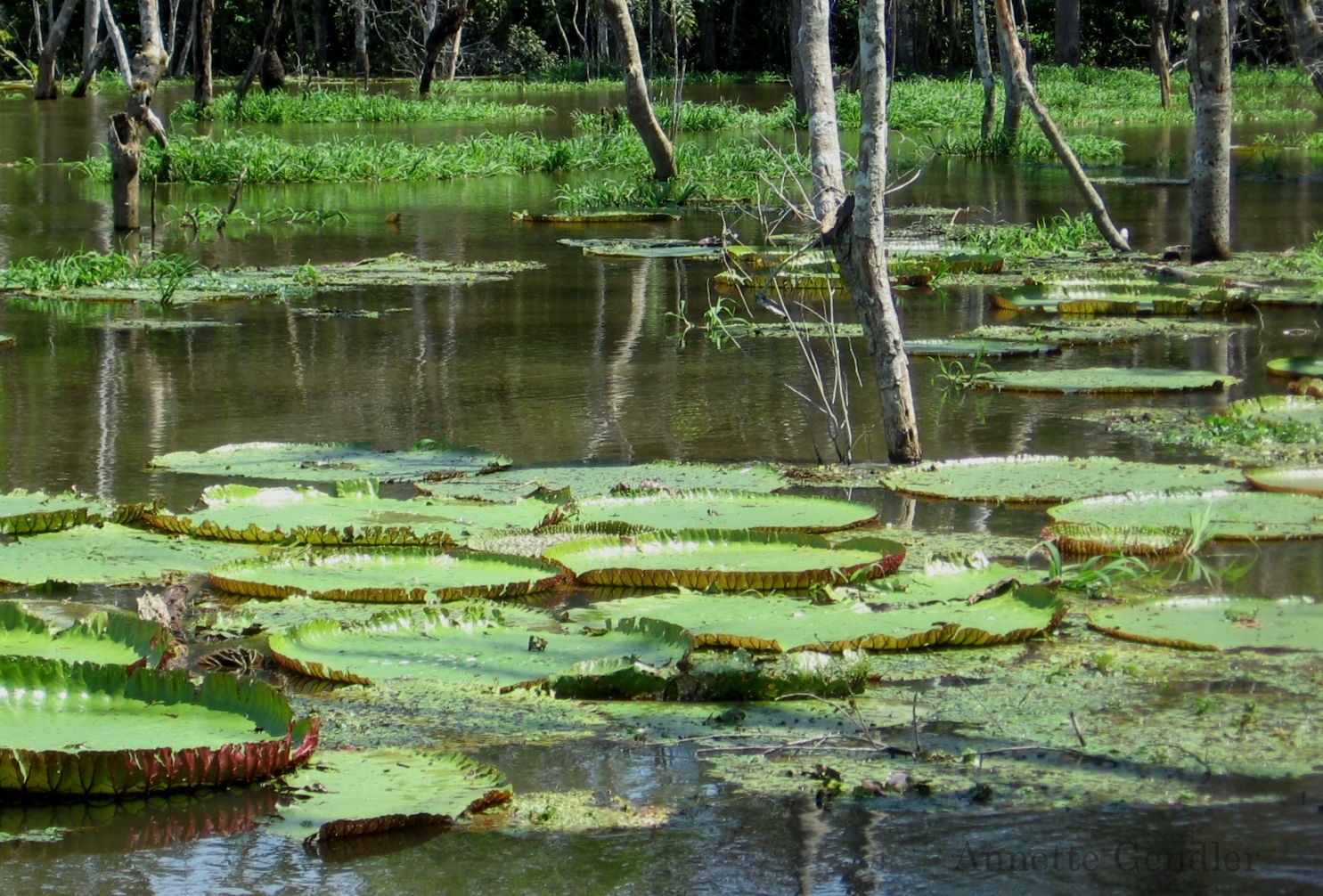 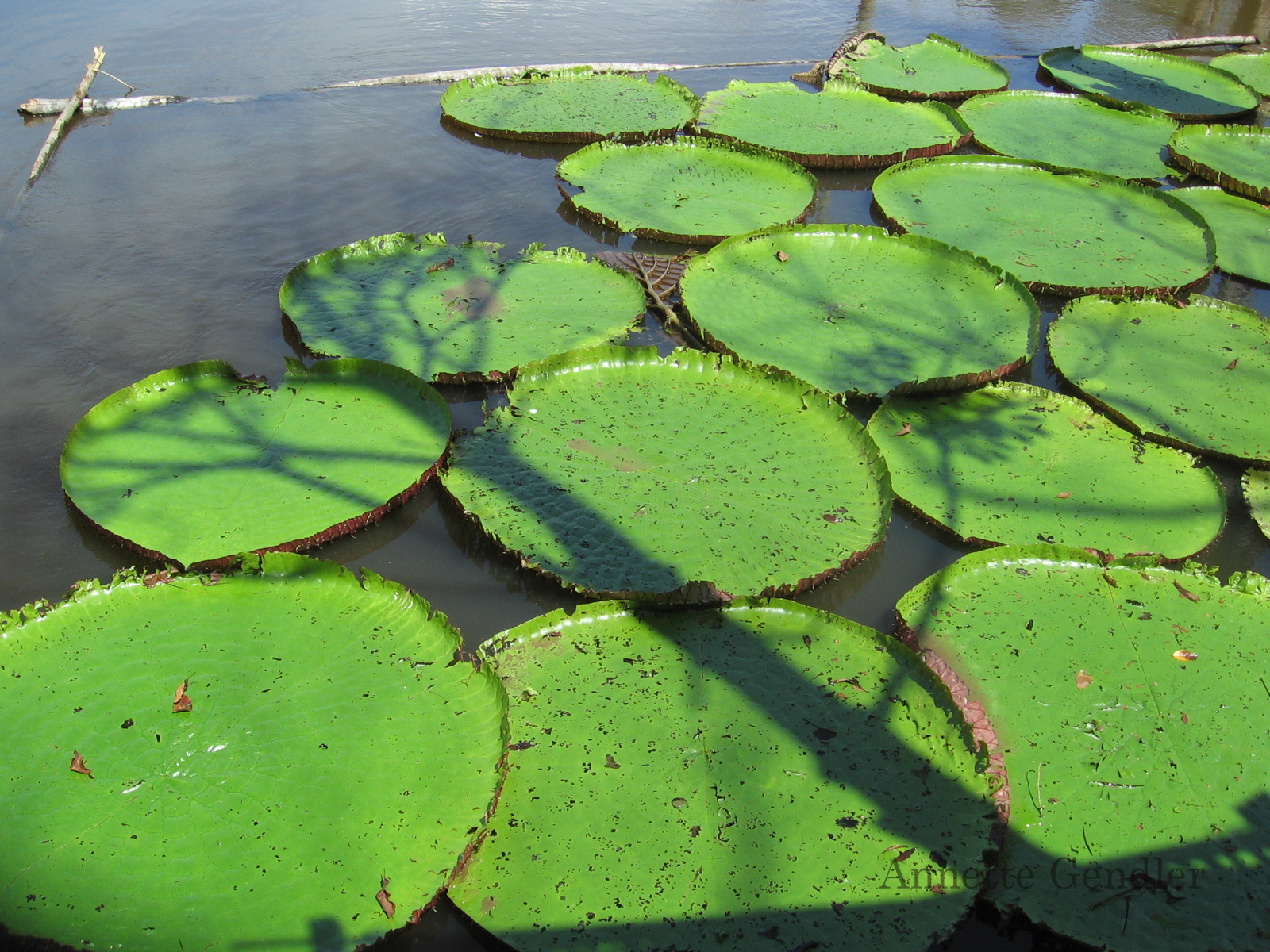 We also hiked out on a boardwalk to see the giant lily pads that the Manaus area prides itself in. Unfortunately they were past their prime in June. They must be a magnificent sight when they are in bloom. 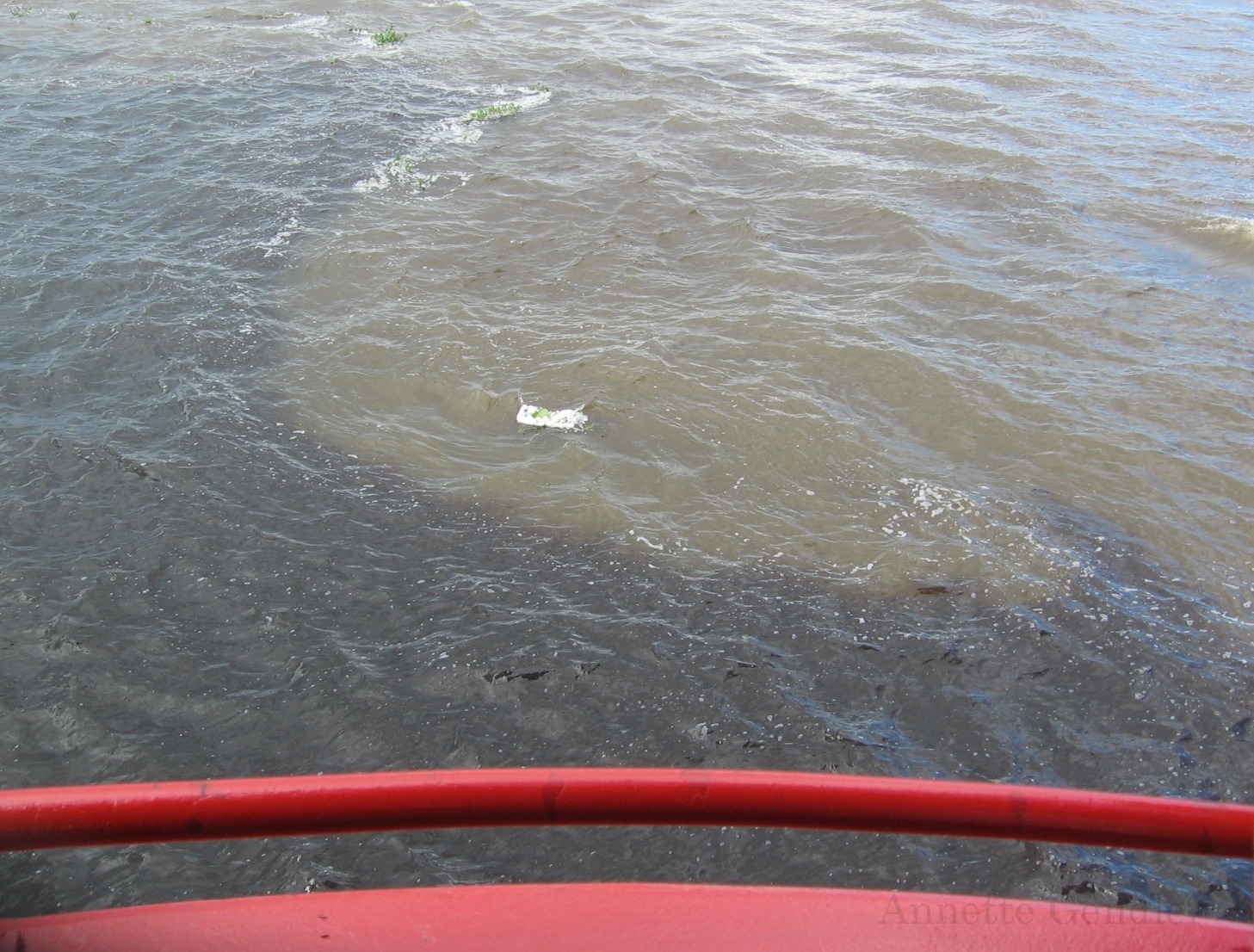 Wrapping up our day on the water, we saw the “Meeting of the Waters,” the spot a little east of Manaus where the black water from the Rio Negro (that Manaus actually lies on), and the muddier water of the Rio Solimoes flow together to form the river we know as the Amazon.
Annette Admin2021-01-03T17:28:07-06:00August 7th, 2014|Tags: Nature, Travel|