Those Who Trod Before Me 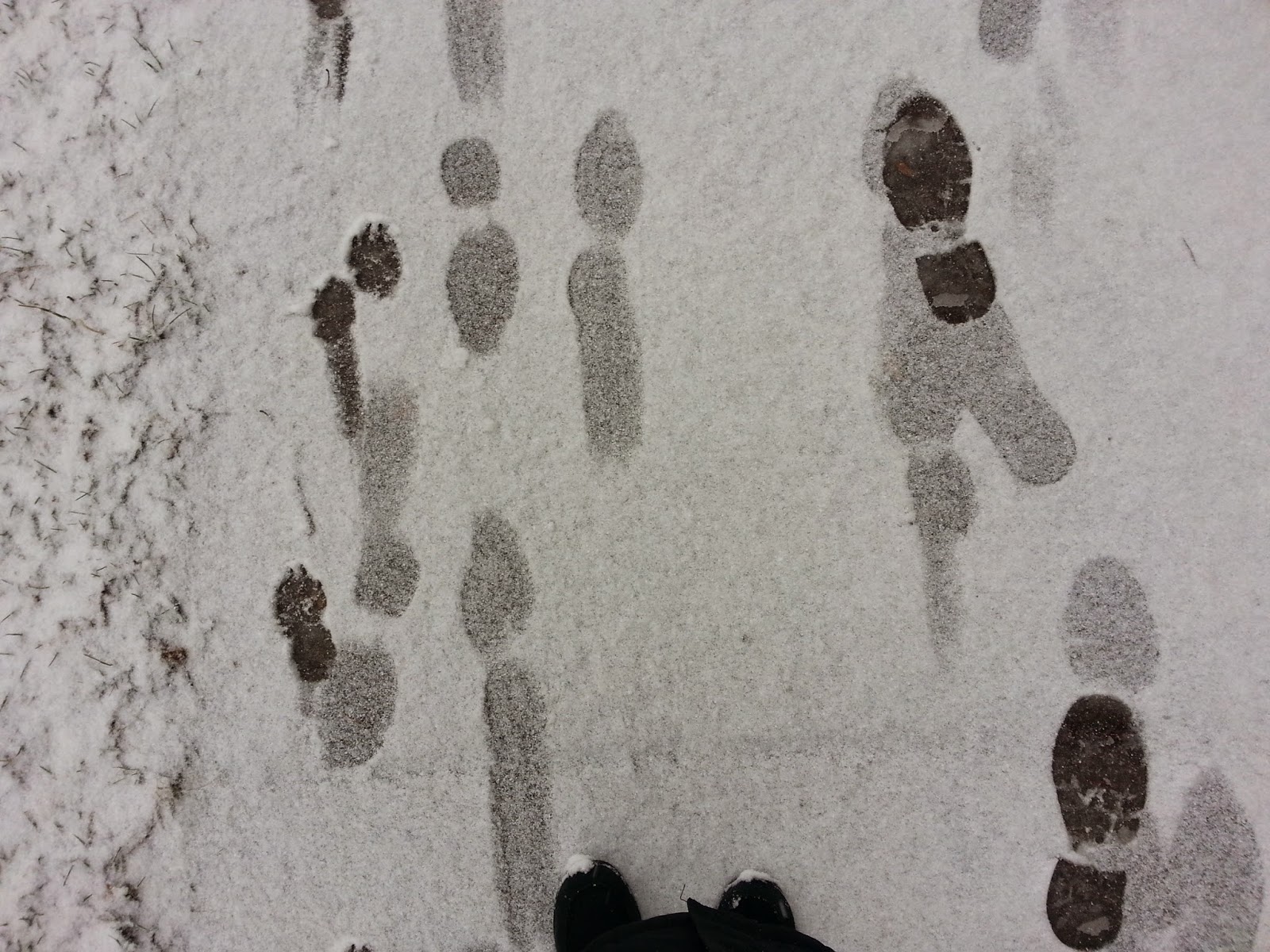 A freshly snowed-on sidewalk reveals who has walked before us.

I never quite appreciated that until yesterday morning, when I took my daily walk while it was snowing softly. I had stepped out mainly to appreciate the marvel of winter after returning from Israel, where we could sit outside for lunch. As I walked along. listening to the squish of the snow under my boots, I looked more closely at the footsteps on the sidewalk in front of me. Someone had walked his or her dog; paw prints ran parallel to adult footsteps, except when they didn’t, when the dog had looped off to the side and the adult’s footsteps congregated while waiting for the dog to get back on track. Here I could trace someone else’s morning walk! 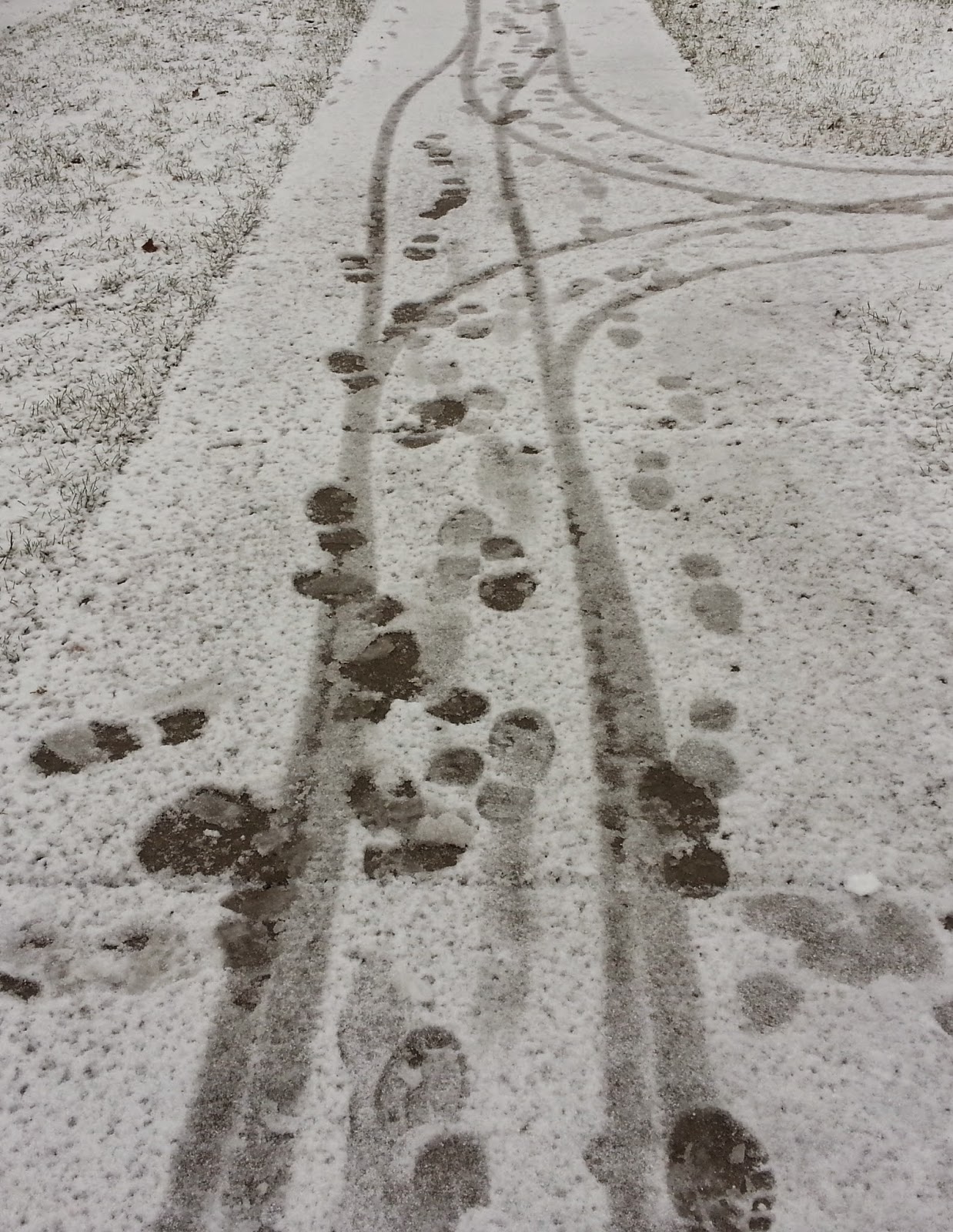 At no other time does the sidewalk reveal how many people have trod along before us. This morning, however, it was still too early for any of the caretakers to be out to salt the sidewalks.

So there it was, this community of walkers!

And somehow this revealing capacity of snow made me happy because it was something that could only be experienced in that very moment with the snow thin enough to give prominence to the footsteps, and the salt still at bay. I could even see that someone had wheeled something (a stroller?) and follow which yard it had emerged from. I could indulge in a little detective work, made possible by traces in the snow. What fun reward for being out walking, early on a winter Sunday morning!