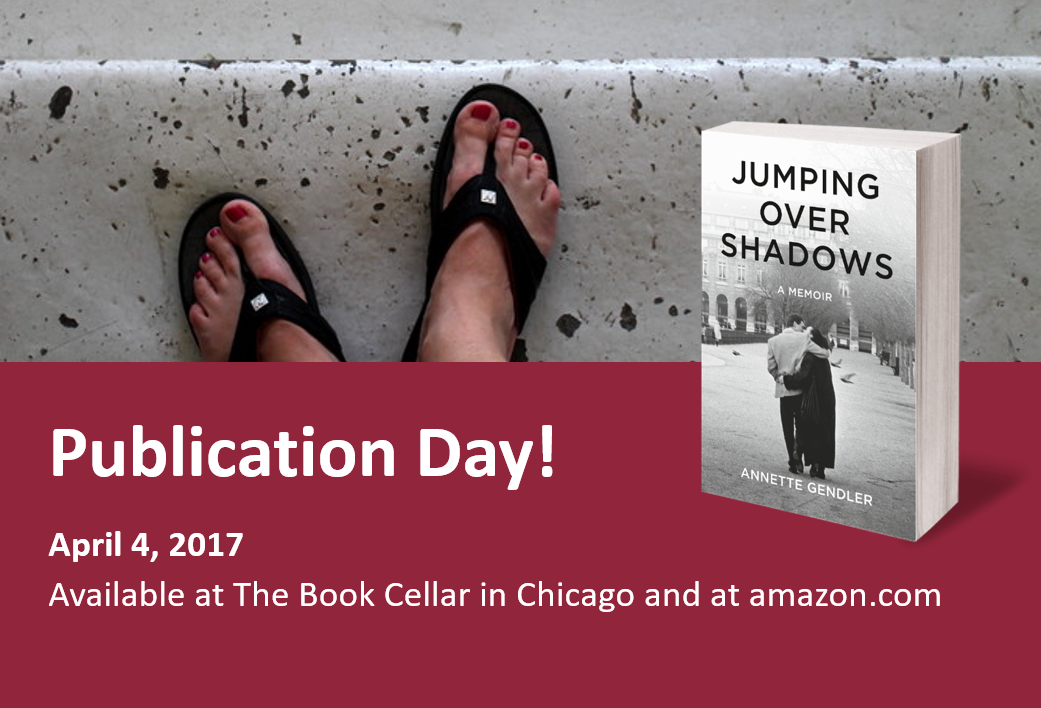 Today is the publication date of my memoir Jumping Over Shadows! Hurray! And thus I offer you my very first book companion post, a series I plan to run every Tuesday until I am out of background material and behind-the-book stories to share with you. I will title them according to which chapter in the book they’re accompanying, going, more or less, in chronological order. I’m beginning with the second chapter, Fait Accompli I. I will be reading from it at my book launch party this coming Thursday, April 6, at the Book Cellar, 4736 N. Lincoln Ave in Chicago–so if you’re coming, you’ll already have some images of the setting in your mind:

I think of the second half of the Fait Accompli chapter as “Queen of the Night” because it tells of my grandfather growing cacti on the windowsills of this turret. Sure enough, the current occupants are still growing plants there! 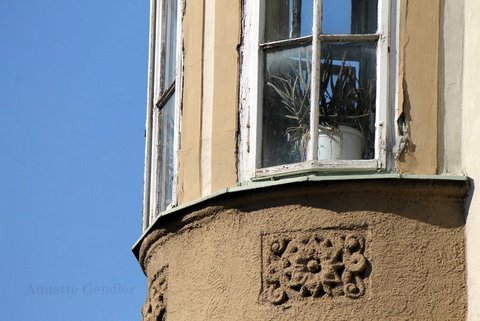 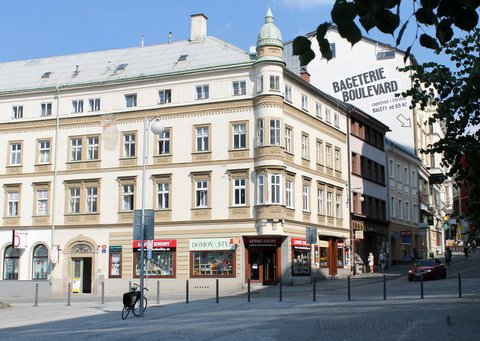 Every time I visited my grandparents’ former hometown of Reichenberg, now called Liberec, in the Czech Republic, I stopped by the building on the square that used to be called Tuchplatz, where my grandfather used to live on the top floor, but I never stepped inside. This past September, when I traveled there with my sister, I did. As you can see in this photo of the building, the door (just to the left of the black bicycle in the foreground) stood open on that sunny day, inviting us in. 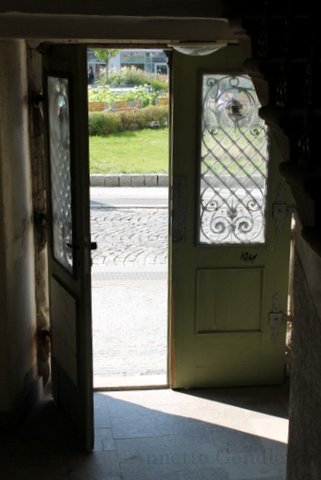 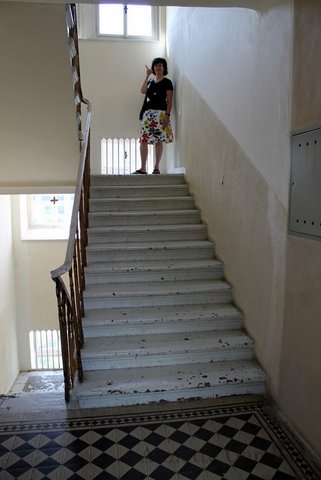 How many times did my grandfather climb up and down these very stairs? 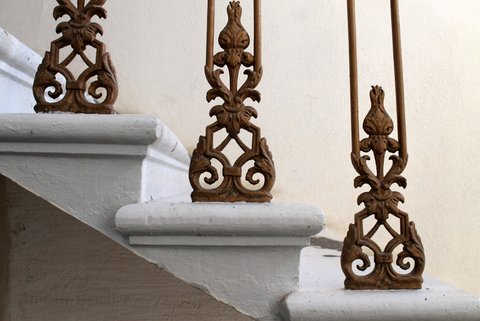 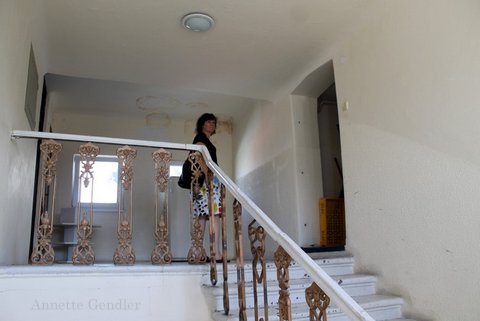 I’m standing right in front of my grandfather’s former doorway! It was an eerie feeling, and I had a strong urge to press the buzzer while at the same time feeling like I was intruding.

Notice the low ceiling? I remember my grandmother, who joined him living here for the first years of their marriage, telling me about the low ceilings and the long climb upstairs. These could be the windows of the “Stube,” their living room, also featured in the chapter. 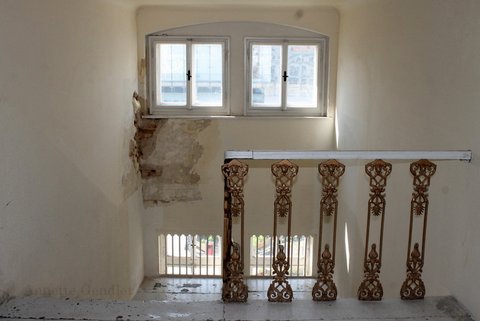 Sadly, the building is in terrible disrepair. 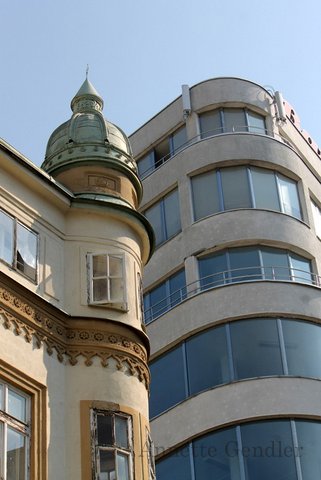 On all my visits, I’ve loved the contrast between the ornate building where my grandfather used to live, and the modern building of the Bata shoe store next to it. Of course, in my grandfather’s times the view was quite different.