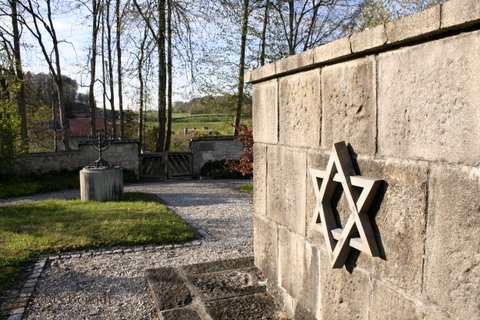 Today is Yom HaShoa, Holocaust Remembrance Day, commemorated by Jewish communities and individuals worldwide. In Israel, the most remarkable feature of the day is the siren that sounds at sundown (when the day officially begins), and again at 11 a.m., when the entire country comes to standstill for two minutes of silent devotion. The same, by the way, happens on Yom HaZikaron, Israel’s Memorial Day, when Israel remembers its fallen soldiers. I always thought this a most impressive ritual, and I wish we would pay our veterans in the U.S. the same kind of respect and honor.

My contribution in honor of Yom HaShoa is this little photo essay of the concentration camp memorial at Surberg, Germany, featured in the chapter “Surberg” in Jumping Over Shadows. My brother visited there this Friday (he lives not too far away), and he took these photos for me. I’ll pair the images with quotes from the chapter. 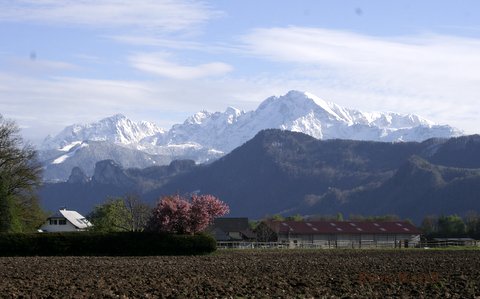 “One time, after meeting Harry’s Viennese friend in Salzburg, we were driving back to Munich. We left the congested Autobahn and traveled along the two-lane state road. Not far past the Austrian border, we passed a sign by the side of the road that read KZ FRIEDHOF, concentration camp cemetery.” p. 58, Jumping Over Shadows (Note: These days the sign reads “KZ Gedenkstätte,” which means “concentration camp memorial.”) 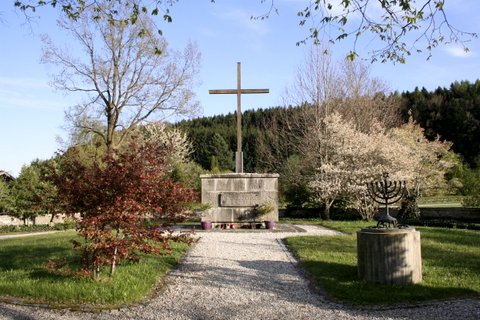 “We had not been aware of a concentration camp in this area, but then again, there had been so many small camps all over the German Reich, little places of horror outdone by the unbelievable death factory of Auschwitz. We followed the sign and came upon a small cemetery centered on a stone altar with a towering black cross.” p. 58

“Wooden crosses, barely knee-high, poked out from the bushes and trees that surrounded the grassy area around the cross.” p. 58 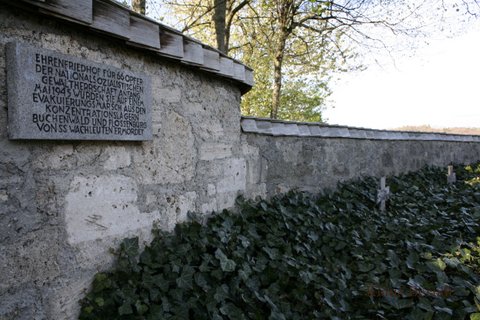 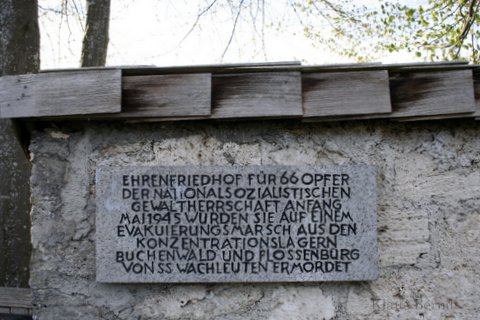 “Set back from this arrangement was a wide, low-set house, and beyond it a church. A nun approached as we got out of the car. We asked what had happened here, and she told us that shortly before the Nazi surrender, one of the death marches from the dissolved concentration camps of Buchenwald and Flossenbürg had reached this area, called Surberg. One morning, as US troops were approaching, the accompanying guards fulfilled their last order and shot the sixty-some former concentration camp prisoners, before dumping their guns and uniforms and fleeing.” p. 58 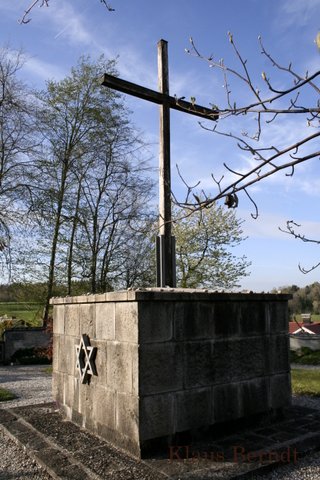 “‘Weren’t most of the victims Jewish?’ Harry asked.

‘Why, then, is there a big cross on the grave?’

She looked stratled and said, “We do have Jewish symbols as well, you see.'” p. 58

We went back and forth with the nun for a while on the issue of crosses on Jewish graves but alas, it was not an argument we were going to win. Thirty years later, as my brother’s pictures from last Friday show, the crosses are still there. The whole cemetery is, he says, in good repair. So it leaves us, as it did back then, with the question: Is it better to have a memorial with inappropriate crosses, rather than no memorial at all?