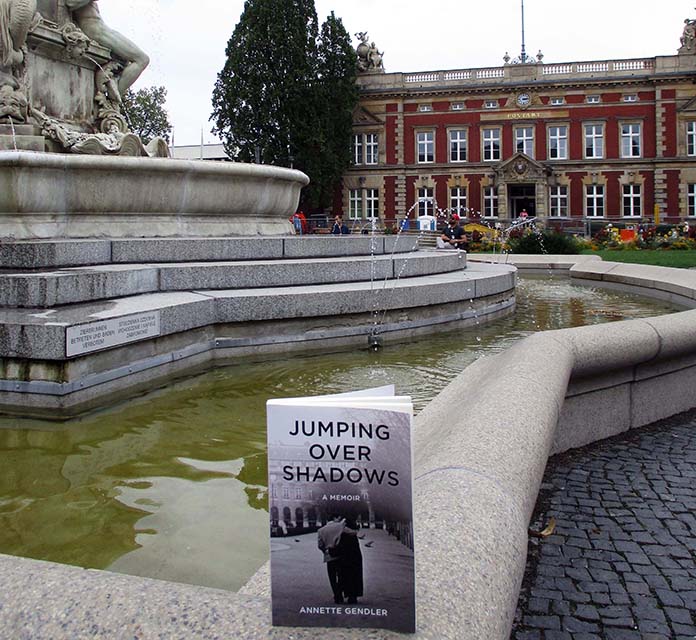 I received this picture of my book from a reader in Germany. Without any input from me, she chose to take it in front of the post office in Görlitz (doesn’t it look like a castle?). How perfect! Görlitz is mentioned in Jumping Over Shadows as my grandparents are experiencing the end of World War II in their hometown of Reichenberg (now called Liberec) in the Czech Republic:

In those early days of 1945, the thunder of the cannons near Görlitz, across the border on Reich territory, could be heard in Reichenberg. The windowpanes on Grillparzer Straße trembled from the vibration of the detonations. Soviet troops were rolling up the eastern front; American tanks were advancing from the west.
“It can’t be long now,” Hanne would say whenever the cannons thundered.
“Yes,” Karl would answer. “The question is, who will come first: the Russians or the Americans?”

Jumping Over Shadows, in the chapter “Unwanted Relations,” p. 88