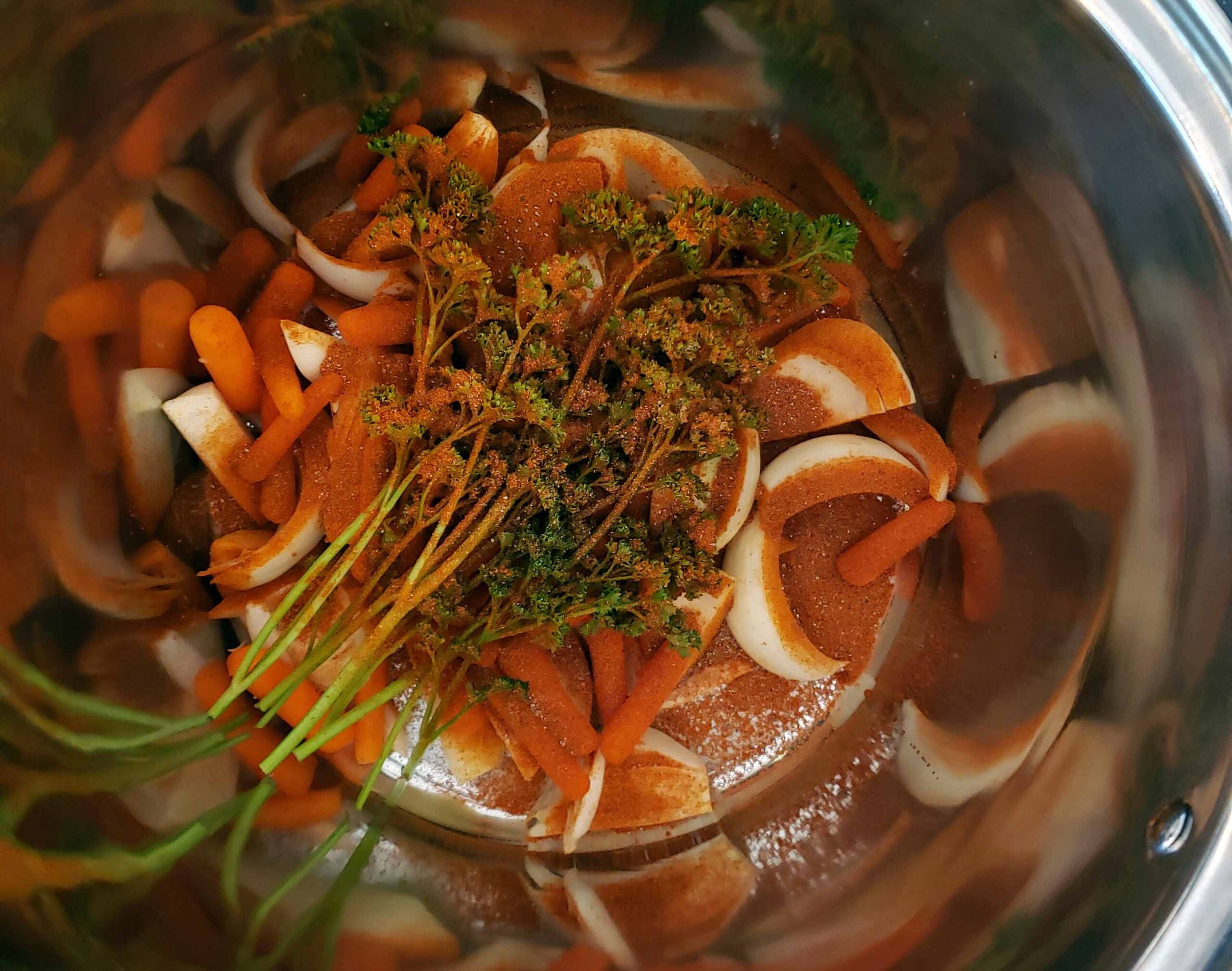 First of all, I’m back! I’m sorry I’ve been MIA for three months but I guess, after ten years of regular blogging, I needed a break. And truth be told, I needed a break from just about everything by the end of last year.

Now we are one year into the pandemic and thankfully there is light at the end of the tunnel. However, we are about to celebrate another Passover under COVID restrictions. My family is giddy that, unlike last year, dear friends will be joining our Seders this time around. They are seniors, but fortunately they are fully vaccinated and ready to venture out again. Sadly, our older son is still precluded from joining as due to regulations in New York State, where he goes to college. But, alas, we shall have a bigger group at our Seder this year!

In preparation for Passover, I want to share my recipe for making gefilte fish, the way I make them every year.

A friend recently asked me how to make them as he had, on a whim, bought a jar of ready-made gefilte fish. My husband promptly told him that, in our family’s opinion, they aren’t edible right out of the jar.

I jazz up store-bought gefilte fish like Aunt Rachel taught me in the fall of 1988.

I have written the story of meeting her–a truly formidable character–and learning how to make this from her in the story Becoming a ‘Proper Jew’ in the Kitchen. However, when my friend asked how to jazz up his jar of gefilte fish, I realized that I never wrote down the actual recipe, at least not in a way I can share. It’s actually not so easy because it is one of those ways of cooking where I eyeball it, throwing in a bit of this, and a bit of that, or a lot of this, and a lot of that. Coming up with actual measurements someone else can follow will be a challenge.

For a 24 oz. jar, which I assume contains about six gefilte fish, I would say you need:

6 sprigs of parsley, washed but whole

(Increase these quantities for bigger jars; I usually prepare giant can of readymade gefilte fish so that we have enough for two holiday dinners.)

Put all ingredients into a large soup pot and fill it with 8 cups of water. Cover pot, put on high heat and bring to a boil. Turn down heat and let it simmer for about 30 minutes until you get a nice broth, stirring occasionally.

Take the pot off the heat. Open your jar of gefilte fish. Using a large spoon, slide each lump of gefilte fish out of the jar and place it into your broth. Be careful to leave the jelly in the jar. Discard jelly. The gefilte fish should be covered by the broth once you’ve put them all into the pot.

Return the pot to the stove and bring to a boil. Turn down the heat and again, let it simmer for about 30 minutes, with the lid slightly ajar to let the steam escape. Occasionally, using a wooden spoon, push the gefilte fish down into the pot as they will be swimming on the top. You want them to be immersed in the broth as much as possible to absorb the flavor.

After 30 minutes, remove pot from the stove, take off the lid, and let it cool.

Gefilte fish are served as a cold appetizer.

I usually make them the day before serving and often set the pot out on our porch to cool. Obviously you can also put it in the fridge. Store the gefilte fish overnight in the broth.

To serve, carefully lift the lumps out of the pot, discarding parsley or whatever else might come up with it, except pieces of carrot. I usually place the gefilte fish in a terrine for serving and spoon some of the broth over them so they don’t dry out. Add some of the cooked carrots for serving.

We eat them with chrain, i.e. horseradish, either purple or plain. My husband buys it ready made, and it is often so potent it makes our eyes water. But, for Passover, that’s appropriate–tears in memory of the tough times as Egyptian slaves.

In any case, this is a super easy way to make tasty gefilte fish. Enjoy, and do let me know if it works out for you.

And, of course, Happy Passover!