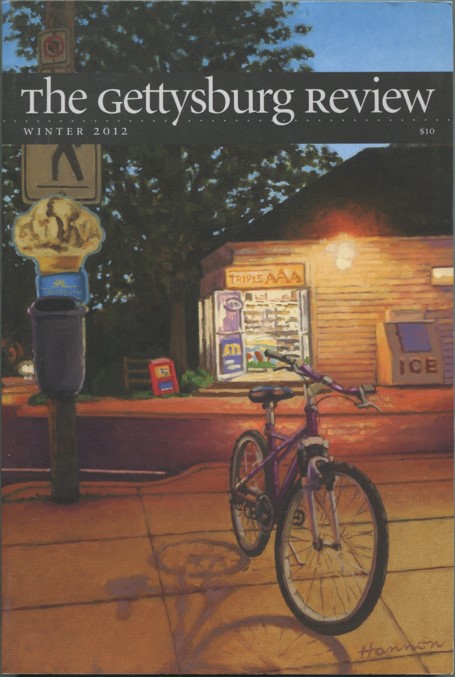 Since I’m always waxing about how to get the submissions process done right, I thought I’d share, for a change, the story of my own worst mishap.

In February of 2010, I received that email that ordinarily would make my heart sing:

The Gettysburg Review, one of the best literary magazines in this country, had finally accepted an essay of mine.

Only in this instance it made my heart sink because that very piece had just been published in another magazine.

Had I not withdrawn it?

I knew I’d spent a frantic evening in December sending emails to the magazines to which I had also submitted that essay. I had even written two actual letters to withdraw it from magazines that did not list a contact email on their website.

What made this all worse is that I personally know the editors at the Gettysburg Review.

I had met the Gettysburg Review’s managing editor, Kim Dana Kupperman at the  VCCA. And the editor, Peter Stitt, was my workshop leader in my first semester at the MFA Program at Queens University of Charlotte. Can it get any more embarrassing?

I’d committed the ultimate sin in literary publishing, the one that probably gets you blacklisted more than anything else, and I’d committed it towards people I knew.

What to do? First I kicked myself and ran about the house pounding my fists into my thighs. After that, there was nothing else to do but fall on my sword and write a personal mea culpa to both Kim and Peter. I did not hear back, and I did not submit to the Gettysburg Review again for more than a year, and I still haven’t heard anything. I did, however, run into Kim at a conference last fall. She did give me a hug, so maybe, just maybe, they are too busy to be mad at me anymore.

I learned the hard way that even the best intentions can go wrong, and the best spreadsheet and system can fail you.

Little errors creep in. Yes, I was tired and overworked that day in December when I withdrew that manuscript. Still, it shouldn’t have happened.

I also learned that I have absolutely no way of predicting what piece an editor might accept.

I did not consider this piece one of my stronger ones, and had only sent it to more high profile magazines once I’d gotten some “ink.”

When I complained about all this to my writing group, one friend kindly said: Well, at least now you know you can get into the Gettysburg Review. Well yes, I guess, but I wish I actually had.