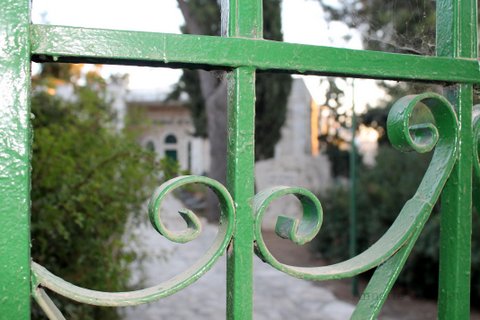 Today is Yom HaZikaron, the day Israel remembers its fallen soldiers. As the mother of two IDF soldiers (My daughter wrapped up her service last year; my son is still serving.), this day fills me with apprehension as well as pride. So, to honor Yom HaZikaron, I offer you this little photo essay of Beit Nechemia, a youth center in the Jerusalem neighborhood of Abu Tor, dedicated in memory of paratrooper Nechemia Cohen, who fell during the Six Day War in 1967. Unbelievably, this is now 50 years ago. 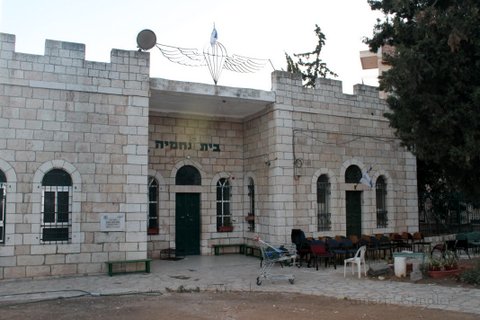 I learned about his story in Steven Pressfield’s excellent book The Lion’s Gate-On the Front Lines of the Six Day War. I could never do the story justice, so I won’t retell it here. Suffice it to say that the area where this house stands was no-man’s land before the Six Day War broke out, as the wall that separated Jerusalem into east and west was running right by here, and Nechemia Cohen served on a guard post on this hill. His friends and family later bought this house and dedicated it in his name. It’s a beautiful old house, but it’s also ramshackle–the shopping cart, the plastic chair, the scruffy grounds. 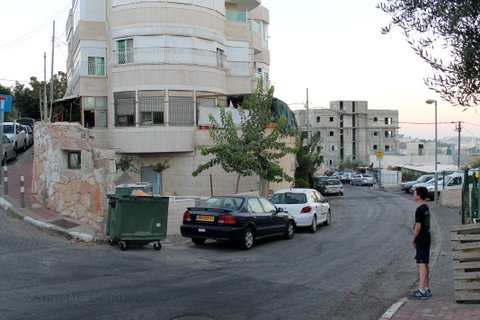 This is where the wall used to be, you can still see the seam in the asphalt. 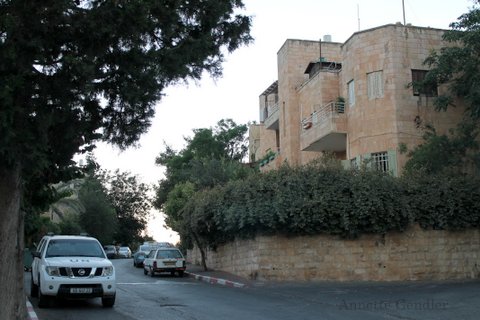 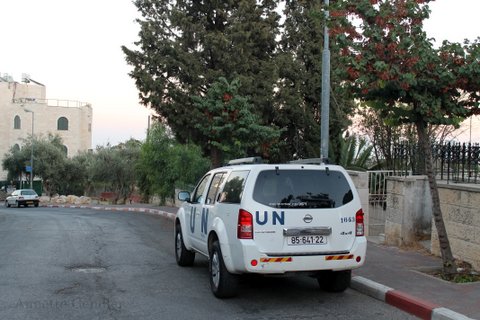 As is the custom in the so-called border areas, you’ll see UN cars. 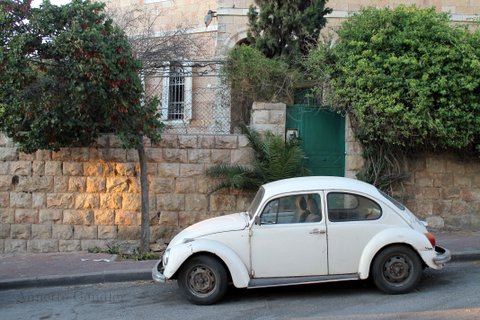 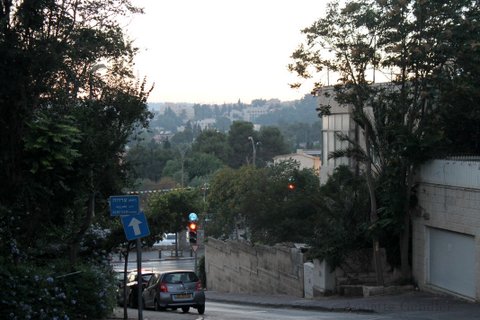 Nevertheless, Abu Tor is a beautiful old Jerusalem neighborhood, and I quite enjoyed living around the corner from this spot, off to the left along Derech Chevron (Hebron Road).

PS: The epilogue of my memoir Jumping Over Shadows tells the story of my daughter joining the IDF during Israel’s most recent war and was excerpted in Tablet Magazine: An American Mother Visits Israel on a Mission