Why Returning to Our Roots is so Meaningful 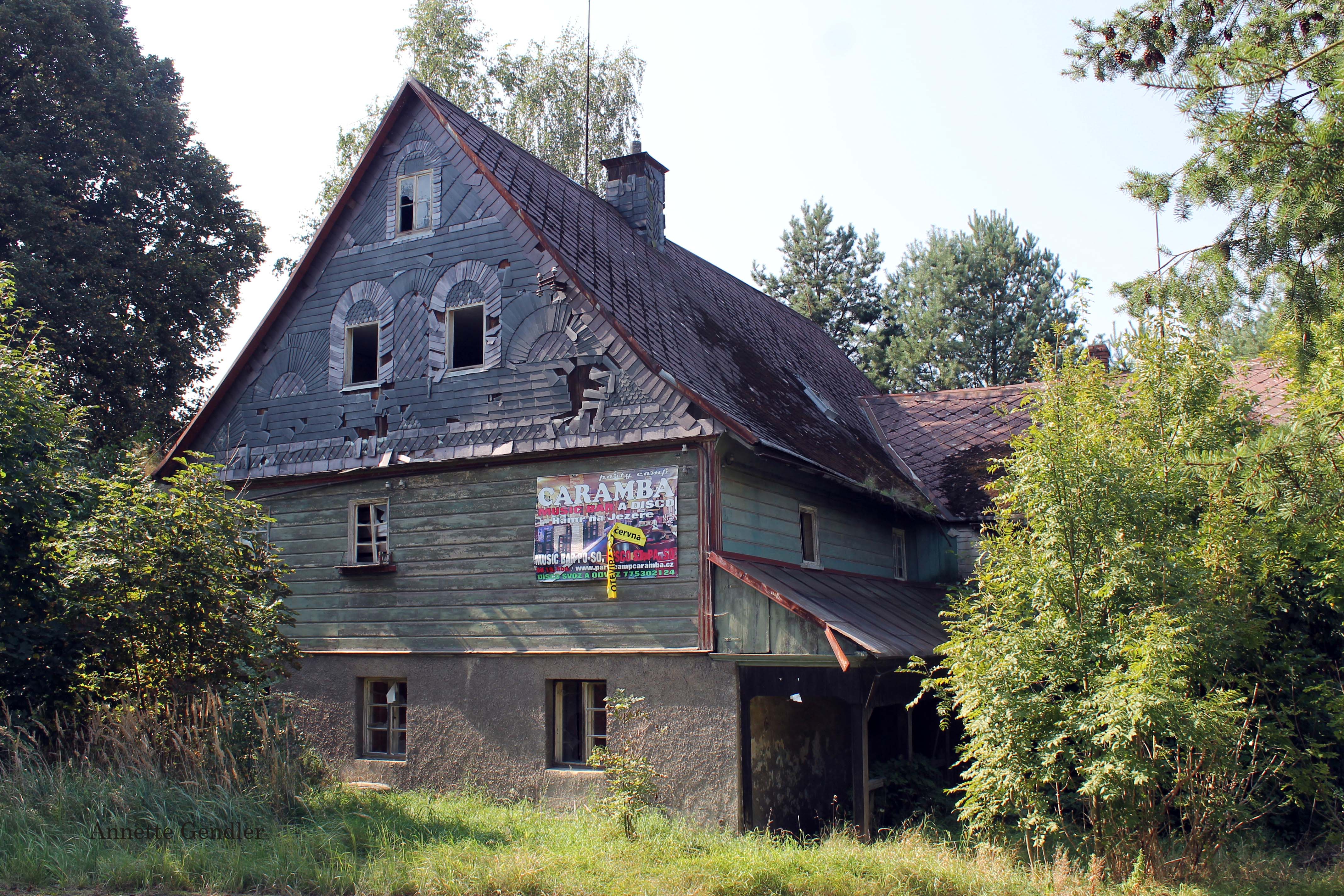 Why is it so meaningful to return to your roots? To where your ancestors are from? To visit places you only know from stories and pictures?

I’ve asked myself that every time I traveled to my grandparents’ hometown, Liberec, in the Czech Republic. Standing in front of the villa they used to own feels like I’m visiting an old friend; sitting in the ornate Viennese-style café they used to frequent makes my heart soar. In Liberec, I am not only able to see and touch the past, I can be inside of it.

Nevertheless, why would I feel such emotion and travel back again and again, to a place I myself never lived in? A place whose memory I only inherited?

In September 2016 my sister Christine and I traveled to Liberec; I flew from Chicago, she drove from Munich, Germany. Since a good part of my book Jumping Over Shadows takes place in Liberec, we wanted to take pictures of me at various locations featured in the book for promotional materials. For example, my sister took this website’s header image of me in front of the museum around the corner from where our grandparents used to live. I’ve used other photos from that trip in book companion posts such as My Grandfather’s Staircase.

That accomplished, we decided to drive out to the village of Hamr na Jezeře, where our grandmother, whom we always called Oma, spent summers at her grandparents’ mill and farm. 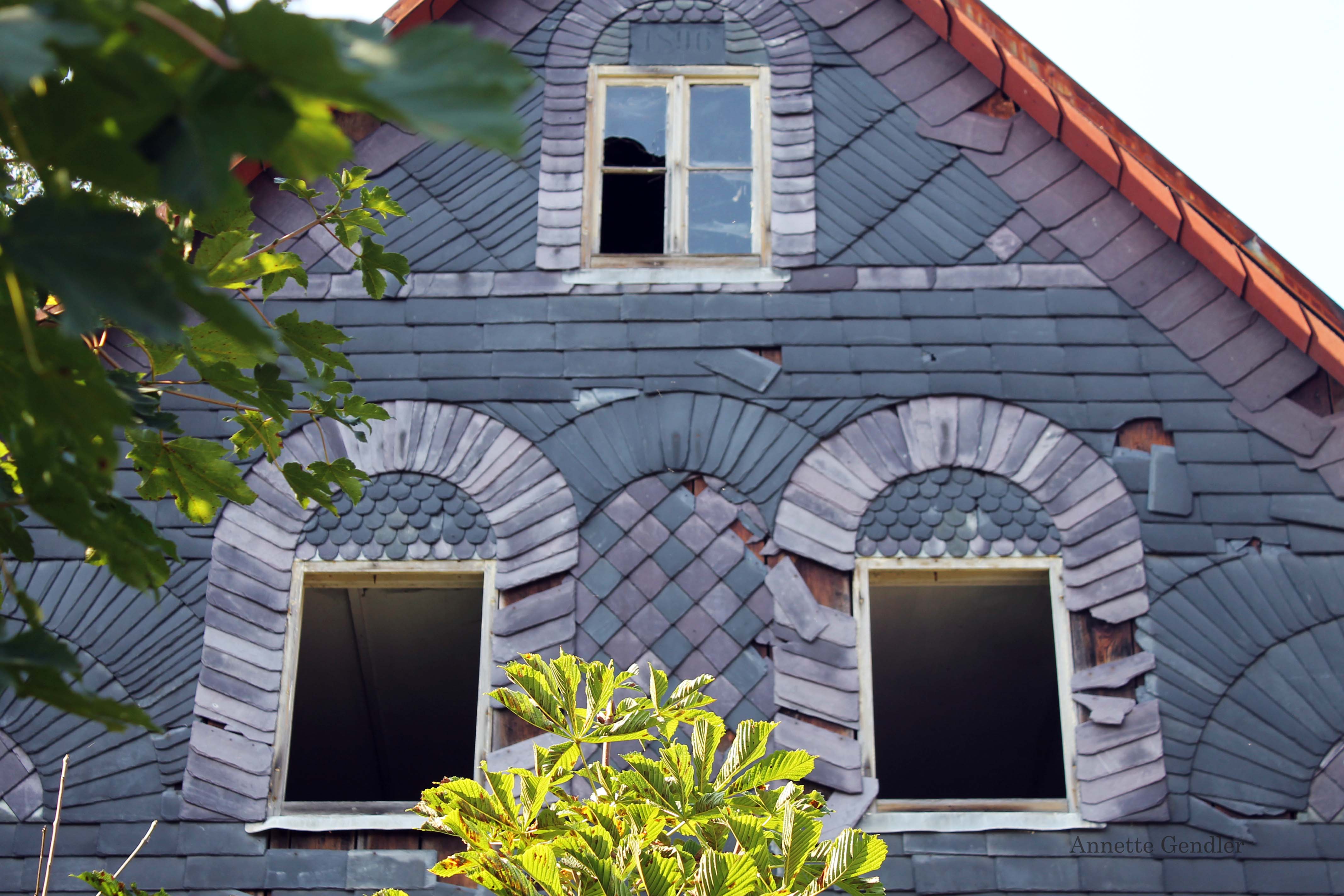 Will the building still be there?

Whenever I set out to visit these sites of the family’s past, I worry that they might not be there anymore. After all, even though I am emotionally attached, I have no control over them.

Thankfully, the mill was still there: a ruin in blue-gray shingles tucked into the bend of a road. Presumably it has stood empty since after World War II, when our family, along with everyone else of German heritage, was expelled from Czechoslovakia. This was not the first time I visited the mill; I was here with my brother 14 years ago. Back then, there was still glass in the windows on the upper floors. 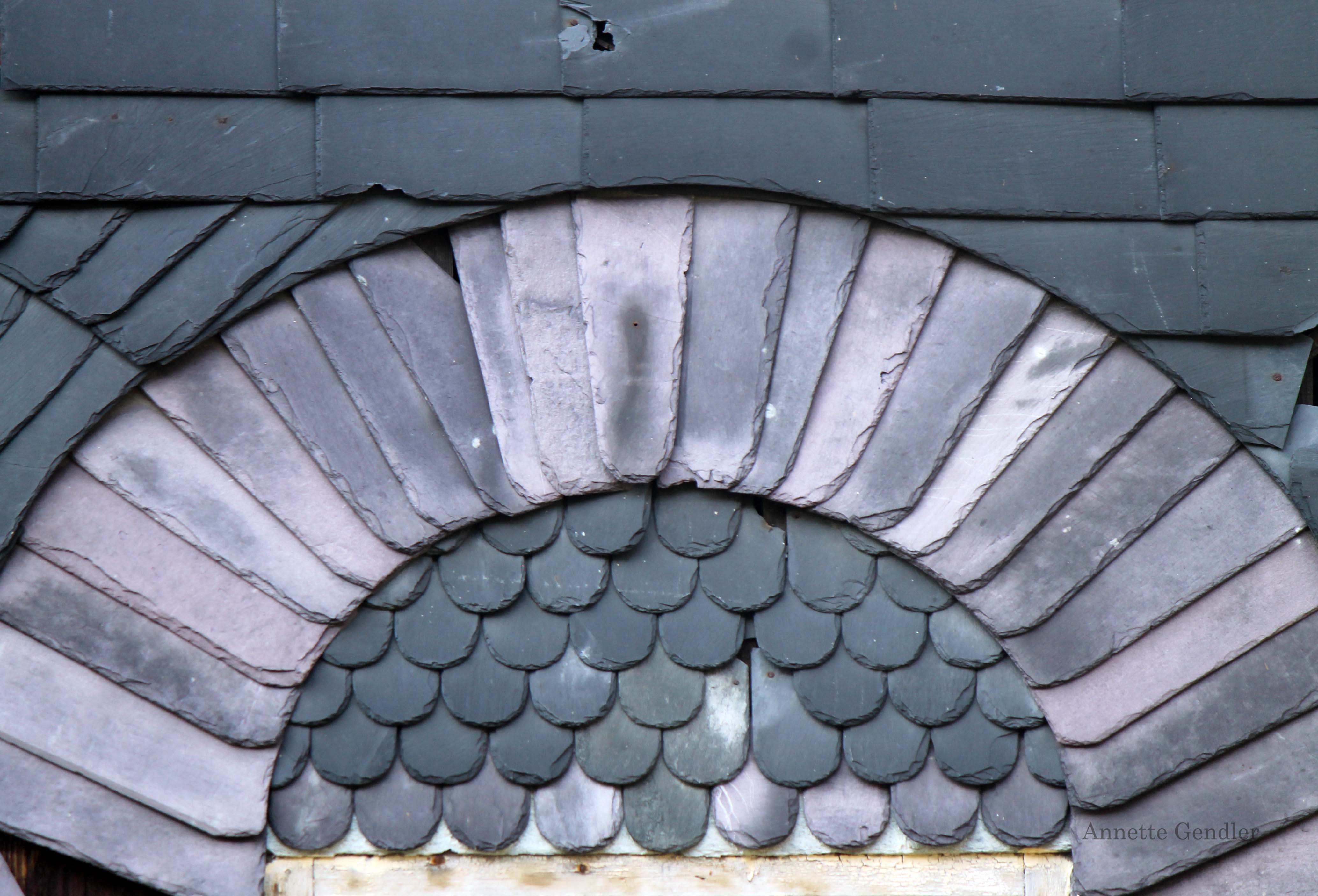 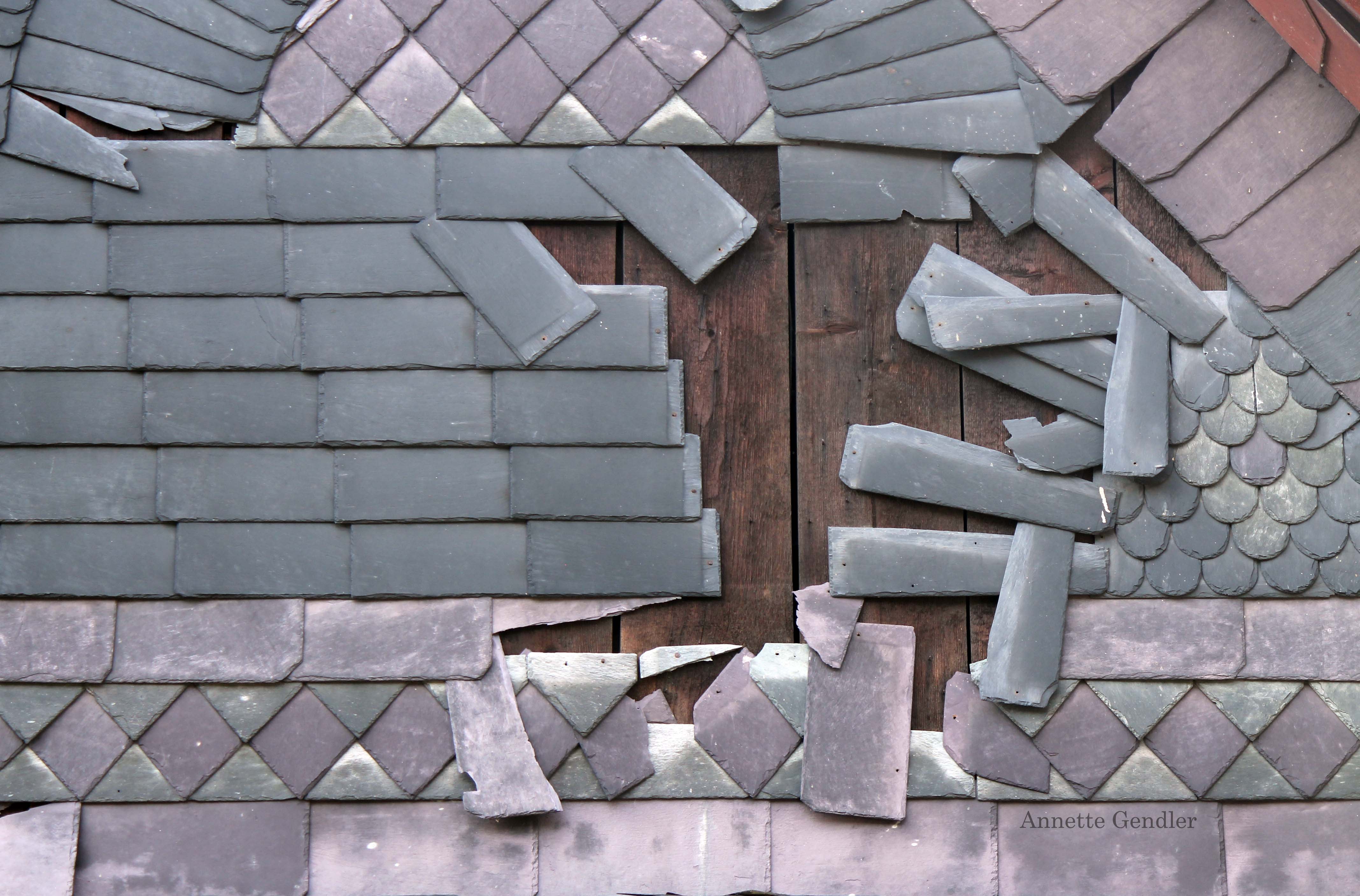 Taking Home a Piece of the Past

Already on my first visit, I fell in love with the intricate patterns of the slate shingles on the outside walls of the upper floors; now more of them were dangling. Christine and I even found two of them on the ground, entirely intact, and each of us took one home, “to do something with.” 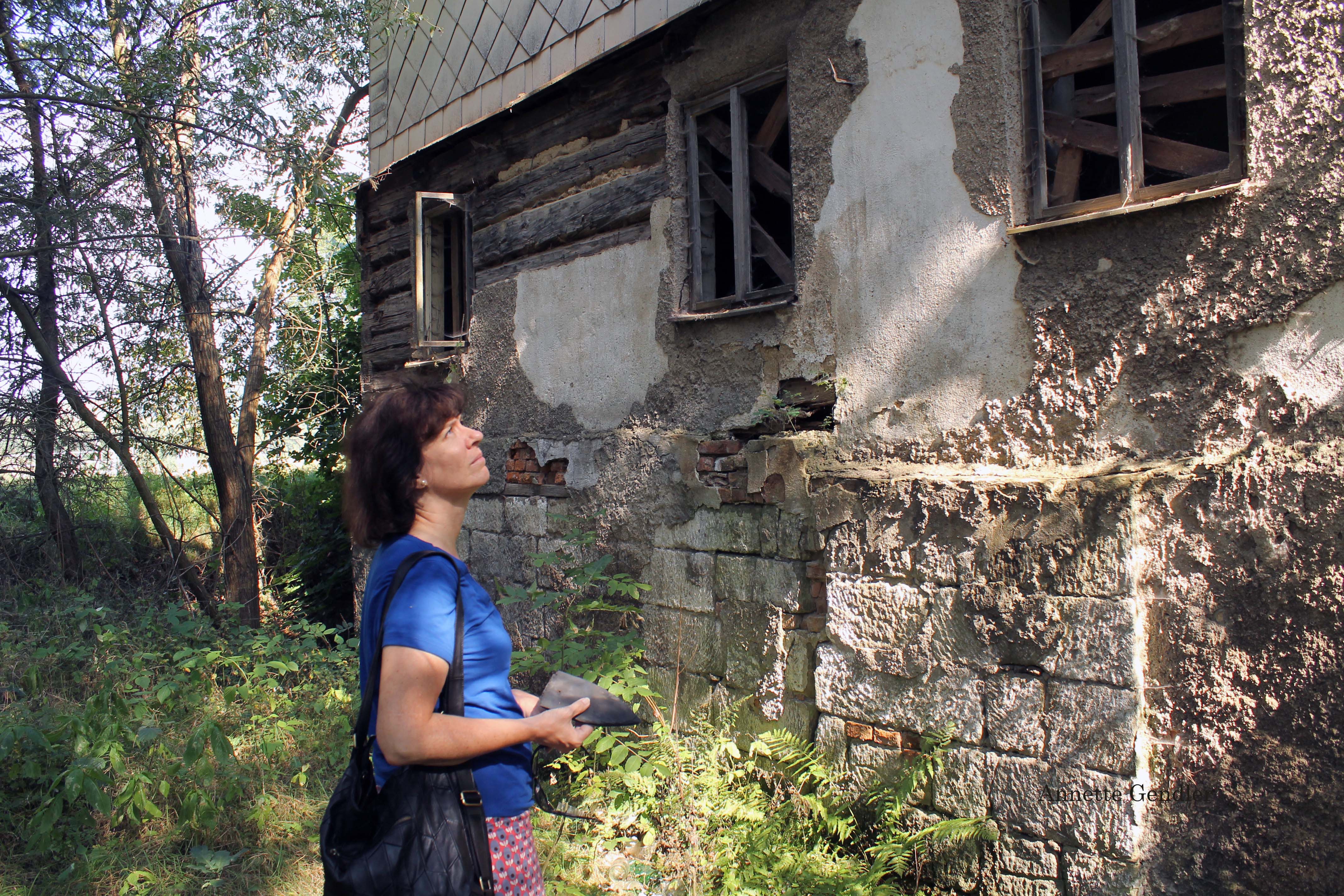 I’m holding that shingle in my hand here, while contemplating the shabbier backside of the building. Putting this post together reminds me that tile is still sitting on my desk, waiting to be featured in a shadow box with photos of the mill. 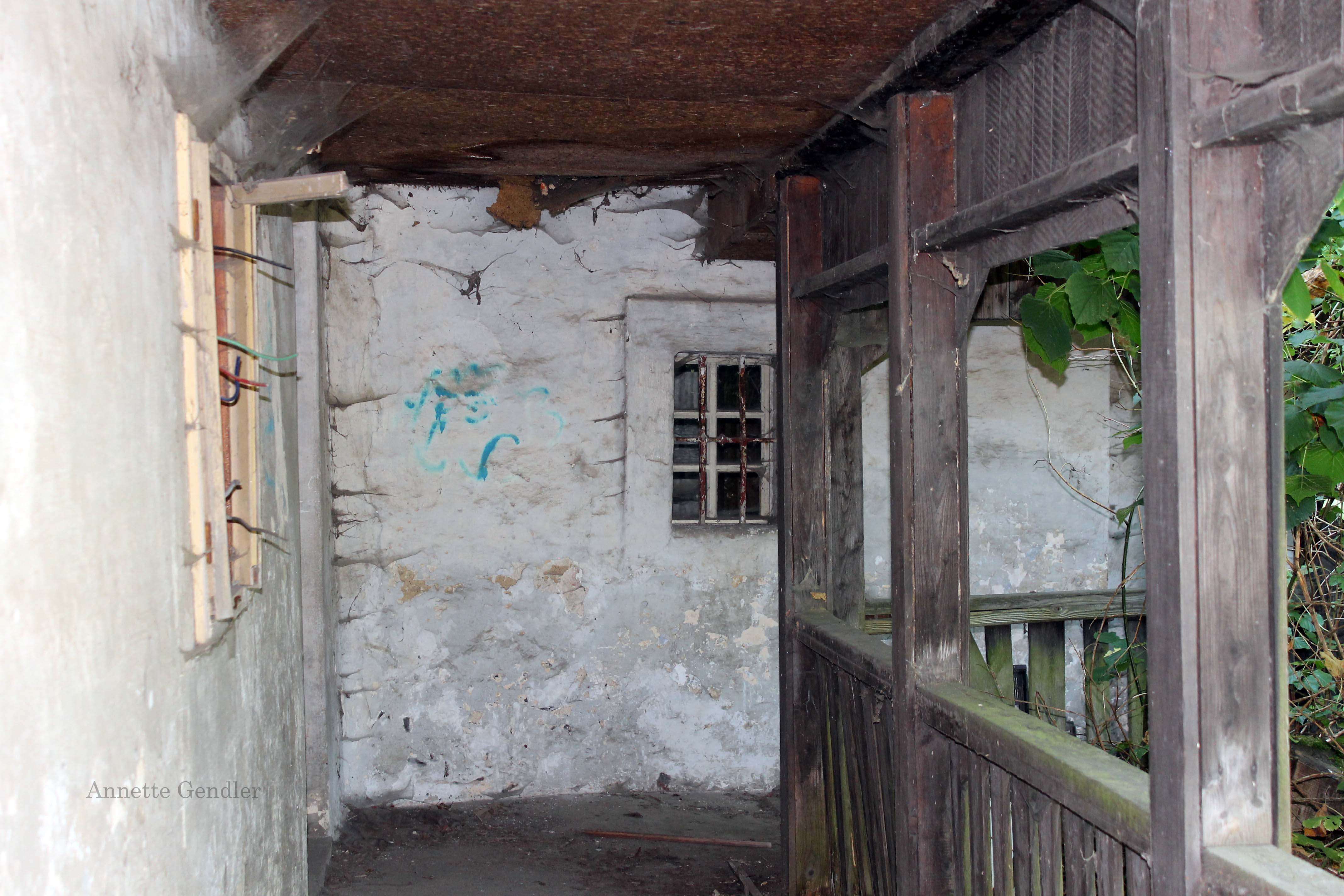 On the mill’s covered walkway, shards of glass and siding crunched under our feet. I could just see our great-great-grandfather standing at the railing, surveying the courtyard where now trees grew in the mud washed down from the road that swings by the mill. According to Oma, he always wore a carnation in his lapel, an oddly dapper outfit for the owner of a saw and flour mill, but—“he loved flowers.” Oma’s grandmother was more practical: looking at a potato plant, she could tell whether its bulbs below the ground were ripe or not. She was generally exasperated with Oma, who “had only books in her head” and loved to sit in one of the windows, munching butter sandwiches as she read. 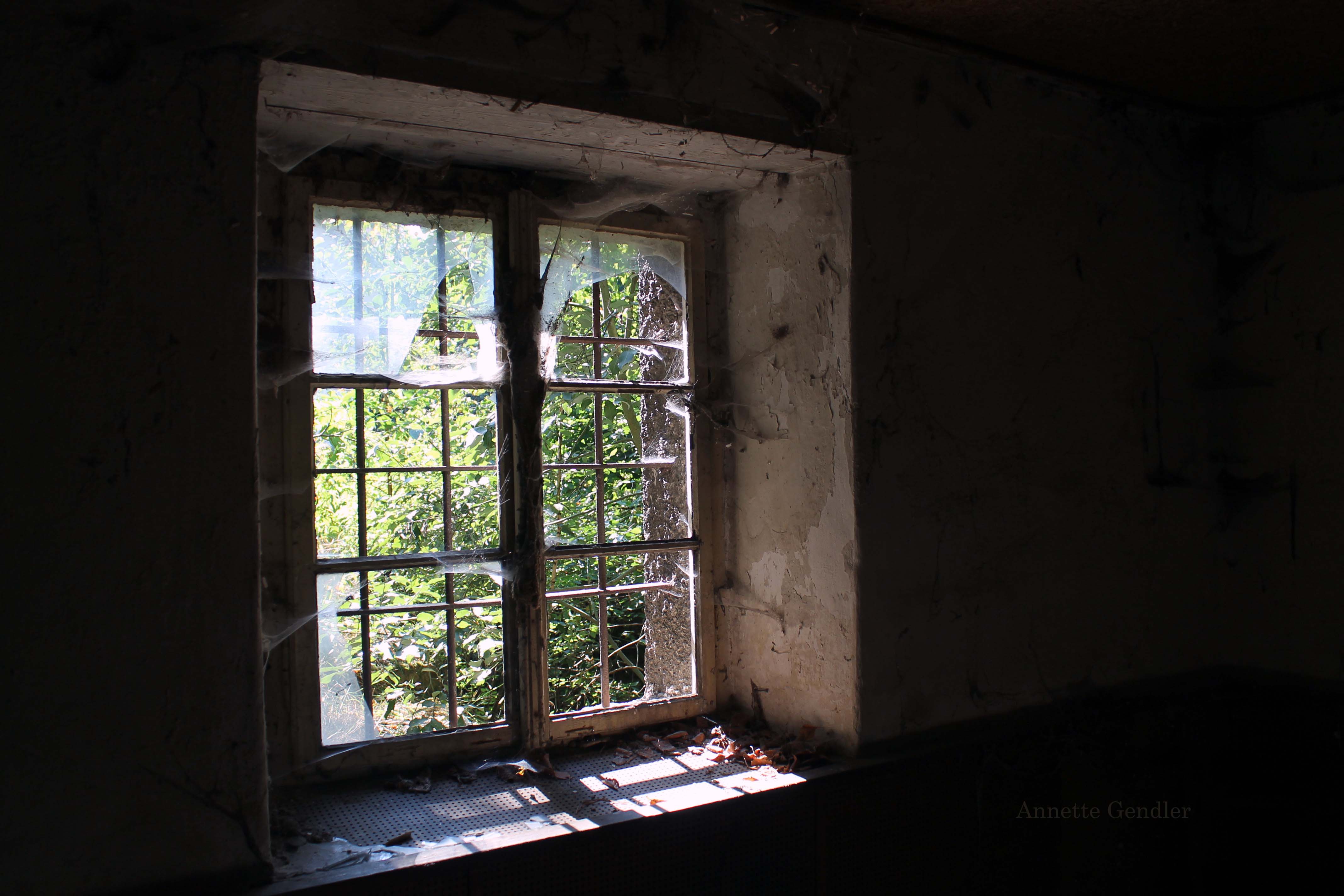 The mill’s main door creaked open when we pushed it, and we poked around the inside. The rooms stood silent and empty, draped in cobwebs, sunlight streaming through the broken windows. I was astounded by how moving it was to be walking through the same rooms Oma had played in, to now be inside the very walls that contained her childhood stories. To imagine all that family life buzzing about!

Buildings and places last longer than we do, and this decrepit mill, this very spot on Earth contained our history, and allowed us, for a few moments, to touch the past.

We didn’t trust the integrity of the stairs to visit the “big room” upstairs where Oma used to sleep, unperturbed by the mill’s erstwhile noises: the gong of the grandfather clock, the rush of the mill stream, the churn of the mill’s wheel.

Outside again, we searched for the mill stone, stumbling through the thickets around the building until we teetered on the rim of an overgrown concrete grid. A jungle of shrubbery beckoned below. As we discussed whether we were really standing on the former mill contraption, Christine reached into her pant pocket for a tissue. With it, her car key slipped out and dropped into the porous ground below us.

We stared at each other.

“This didn’t just happen,” I said.

She groped among the weeds and peered into a few holes.

Trying to keep calm, I said, “We can’t get it from here; let’s go around.”

We made our way to the walkout basement where a door stood open. However, our cell phones’ flashlights didn’t stand a chance against the pitch black inside.

“Let’s try from below,” I reasoned, meaning the jungle we’d looked down upon when the key fell. “There should be an opening if the mill stream came through there to operate the wheel.” Now we really had to figure out where the mill stone had been! The stream was nowhere to be seen nor heard and had probably been rerouted to the now defunct Communist-era uranium plant across the road.

We ducked through the shrubbery until we reached the wall we had previously stood upon, where indeed a hole gaped at us.

Christine stuck her head in. 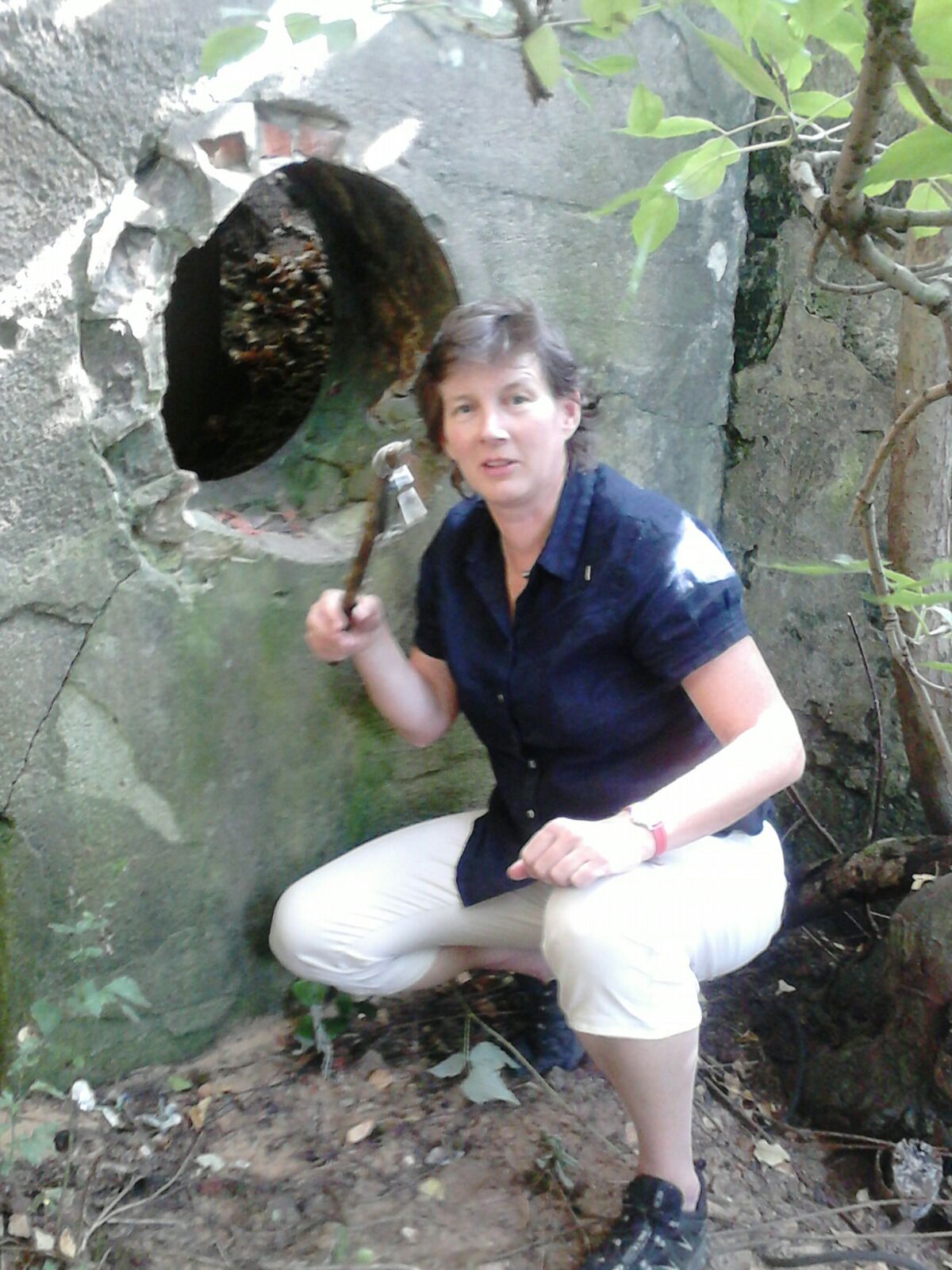 She fished with a twig until the key dangled in front of her face.

“How extraordinary,” she said, as we exhaled. “That this should happen here, in Oma’s place!”

As we made our way back through the thickets, and snapped a few more pictures of the mill’s overgrown glory, we kept marveling at the fact that we had lost the key among the remnants of our family’s past. Driving away, it felt as if our anxiety over the key’s recovery had left a bit of our hearts there. 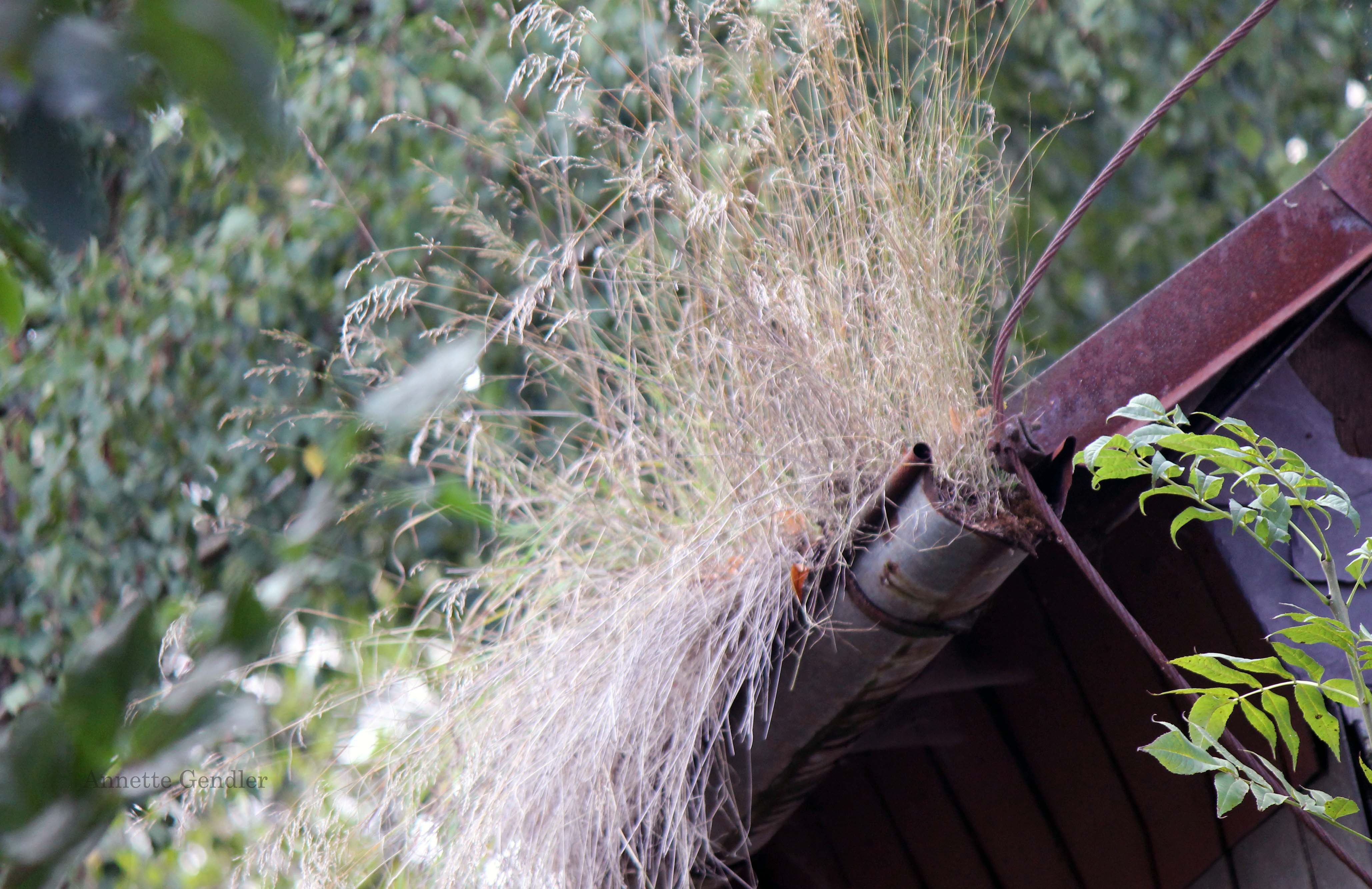 Returning to our Roots Fills a Hole

It seems to me that returning to our roots by visiting the places of our family’s life before us fills a hole in our understanding of the past, particularly when the attachment to a home was broken by world events.

Our family’s mill was the manifestation of a hole in our family history, a property that had to be abandoned. How symbolic then, that our car key should drop into a literal hole at that very site, and that it dropped into the very hole where the mill’s turbine used to churn to generate the family’s livelihood. I felt as if that key, flying by the layers of concrete, earth and roots as it fell from our sunny world to the dank cavern below, stitched together the decades of family history.

The incident of the lost key also gifted us with our own story to tell about the mill. Now we lived there a little, too. And what ties you more to a place than a story?