Sharing the Best Photos of our Once-in-a-Lifetime Trip to Petra, Jordan this Past January (Part 2: Amman) 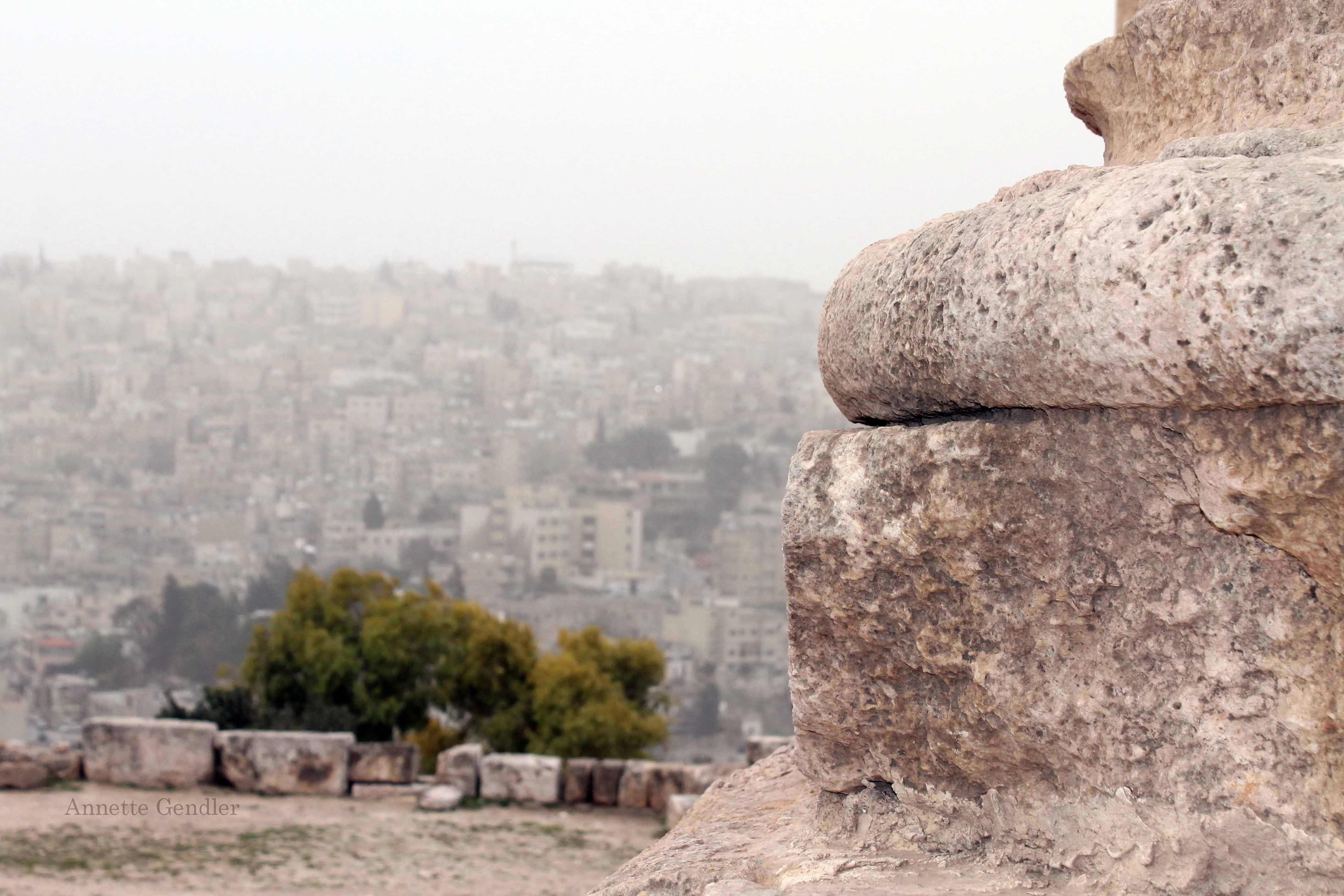 If our first stop in Jordan, Jerash, was windswept and chilly, it was downright cold at the Amman Citadel.

The Amman Citadel has been a site of fortresses dating back to ancient times, perched on the highest of the many steep hills that make up modern-day Amman. 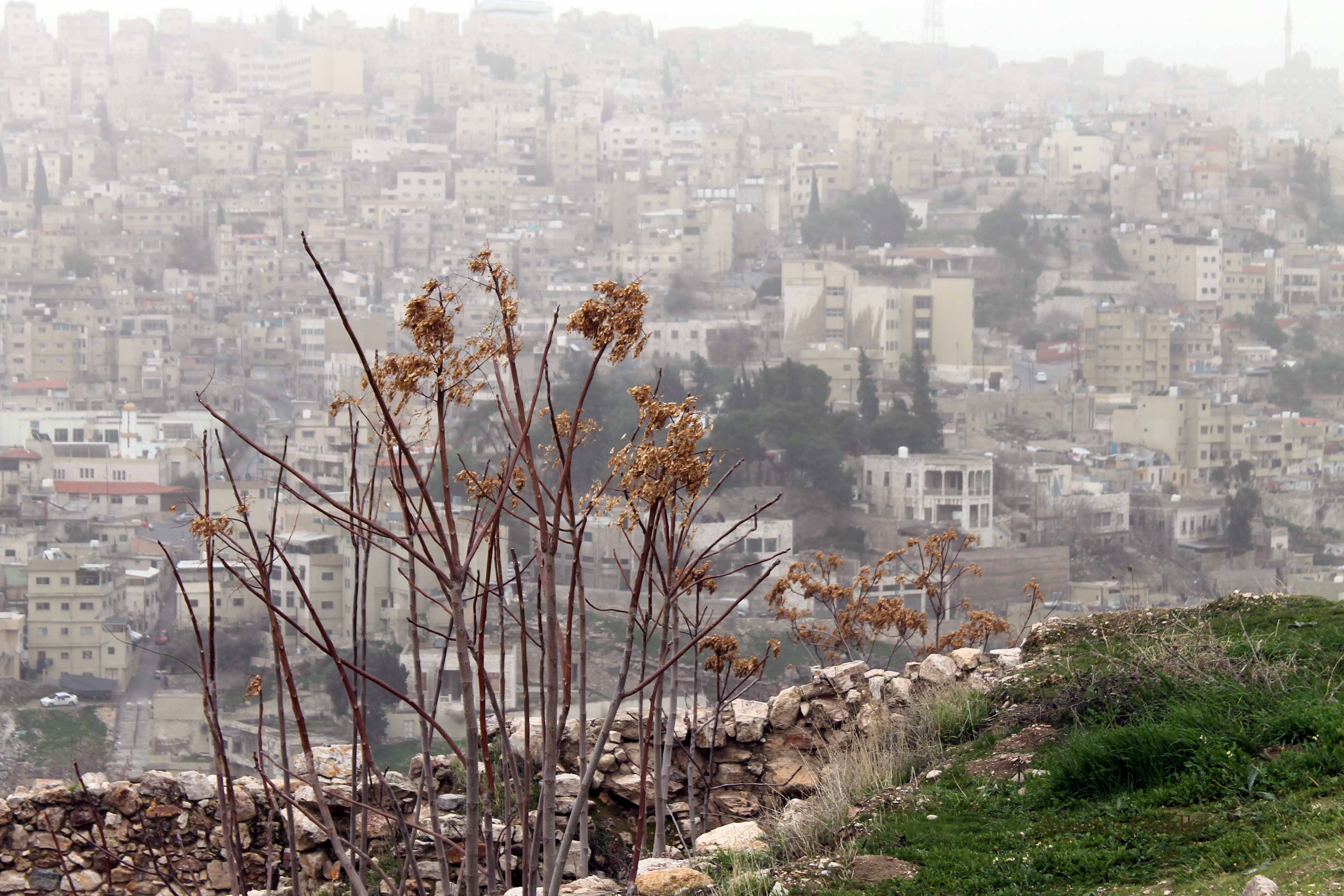 The weather on that late afternoon was also decidedly odd, the sky enveloped in a shroud of smog and gloomy clouds.

We entered Amman driving through what our tour guide Rania told us was a Palestinian refugee camp. It struck me as the kind of neighborhood I’ve seen in Manaus, Brazil, except more built up. It also looked very much like a denser version of the Arab towns in Israel. 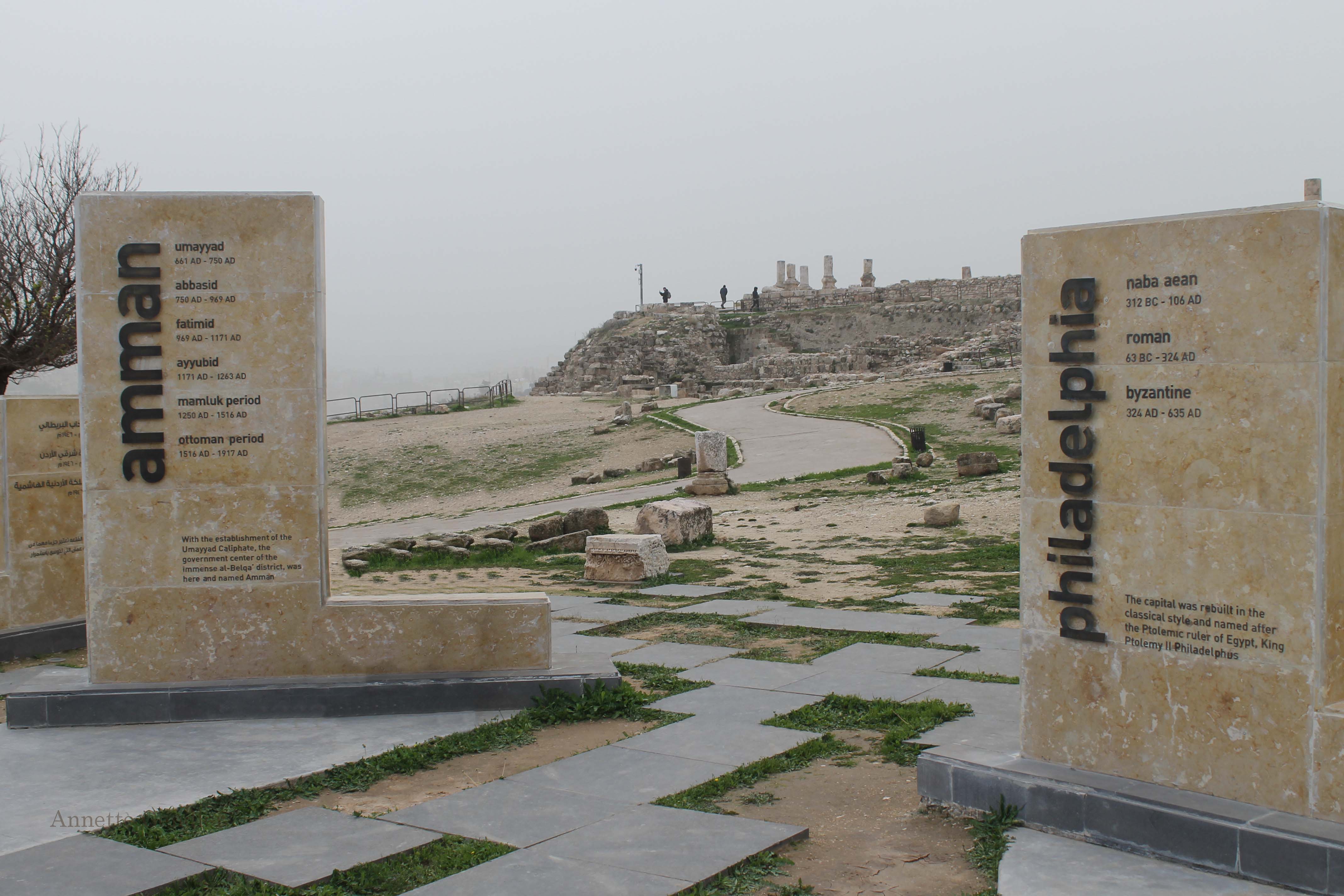 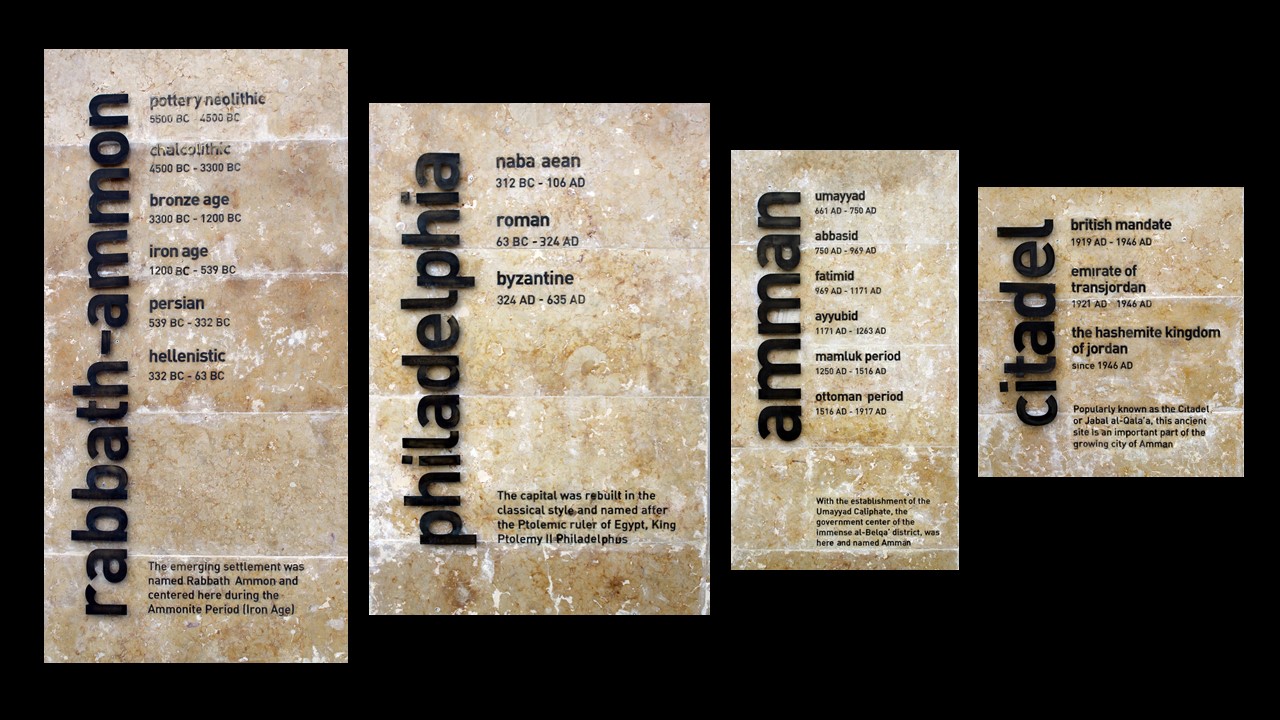 We loved these stone panels at the entrance to the Citadel site. They provided a clear visual of all the different rulers that called it their own throughout various historical periods. 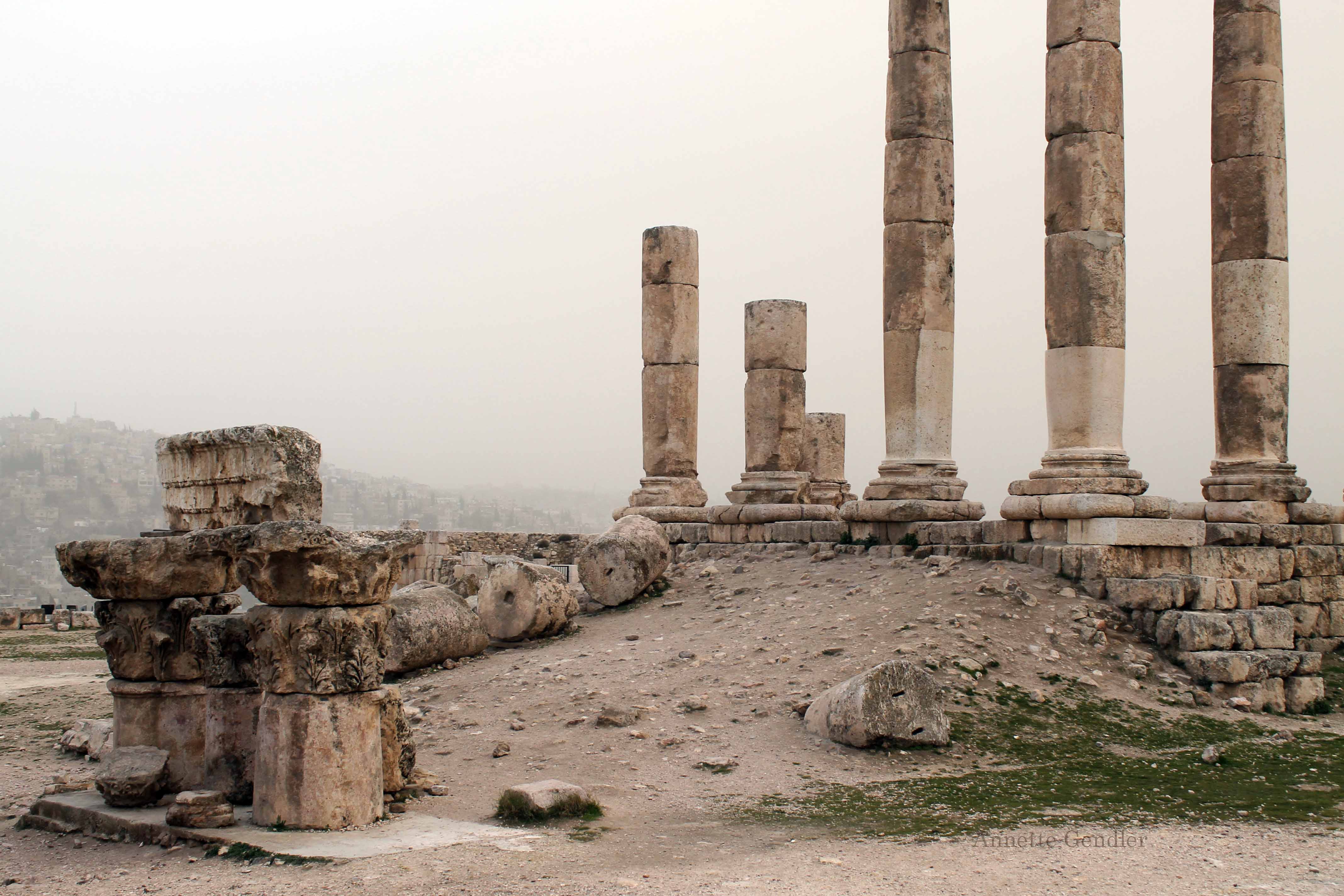 While the rest of us were shivering, my younger son loved exploring all the different ruins. 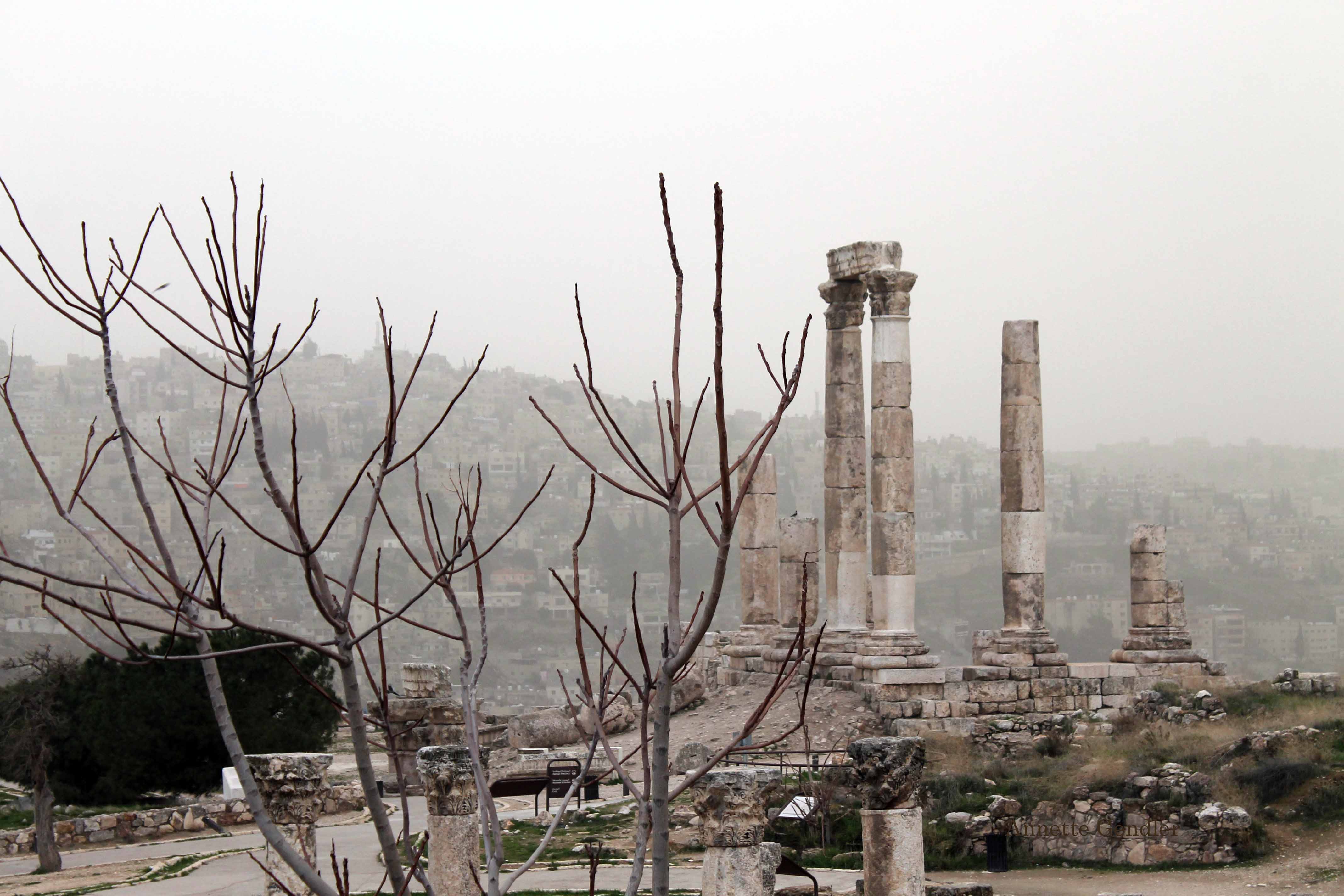 Temple of Hercules above the urban sprawl of Amman

After the windy heights and open space of the Amman Citadel, we dealt with what one deals with in any modern city: traffic. 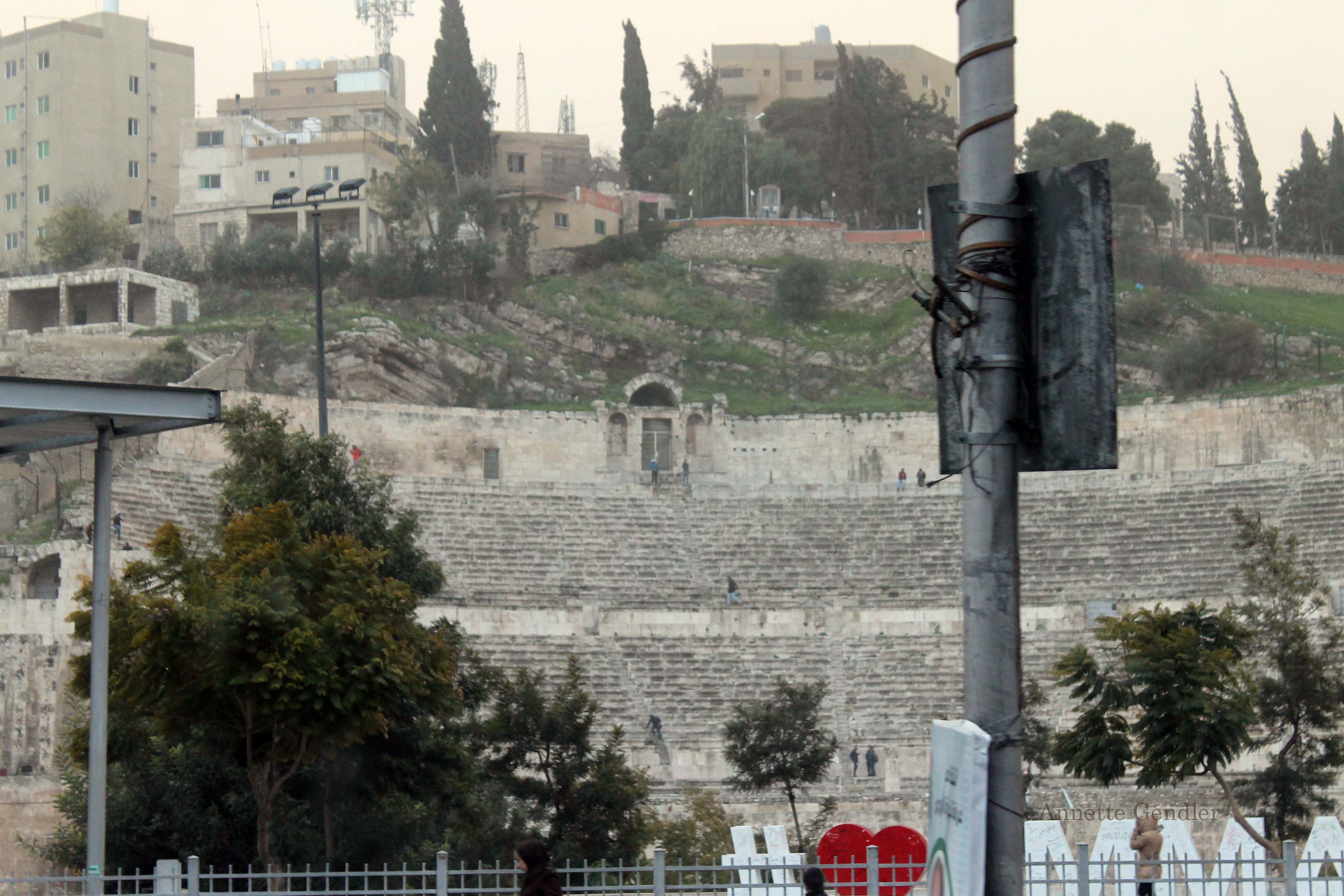 But it’s not in every modern city that you look out the bus window and see an intact, still-in-use, 6000-seat, second century CE Roman amphitheater. 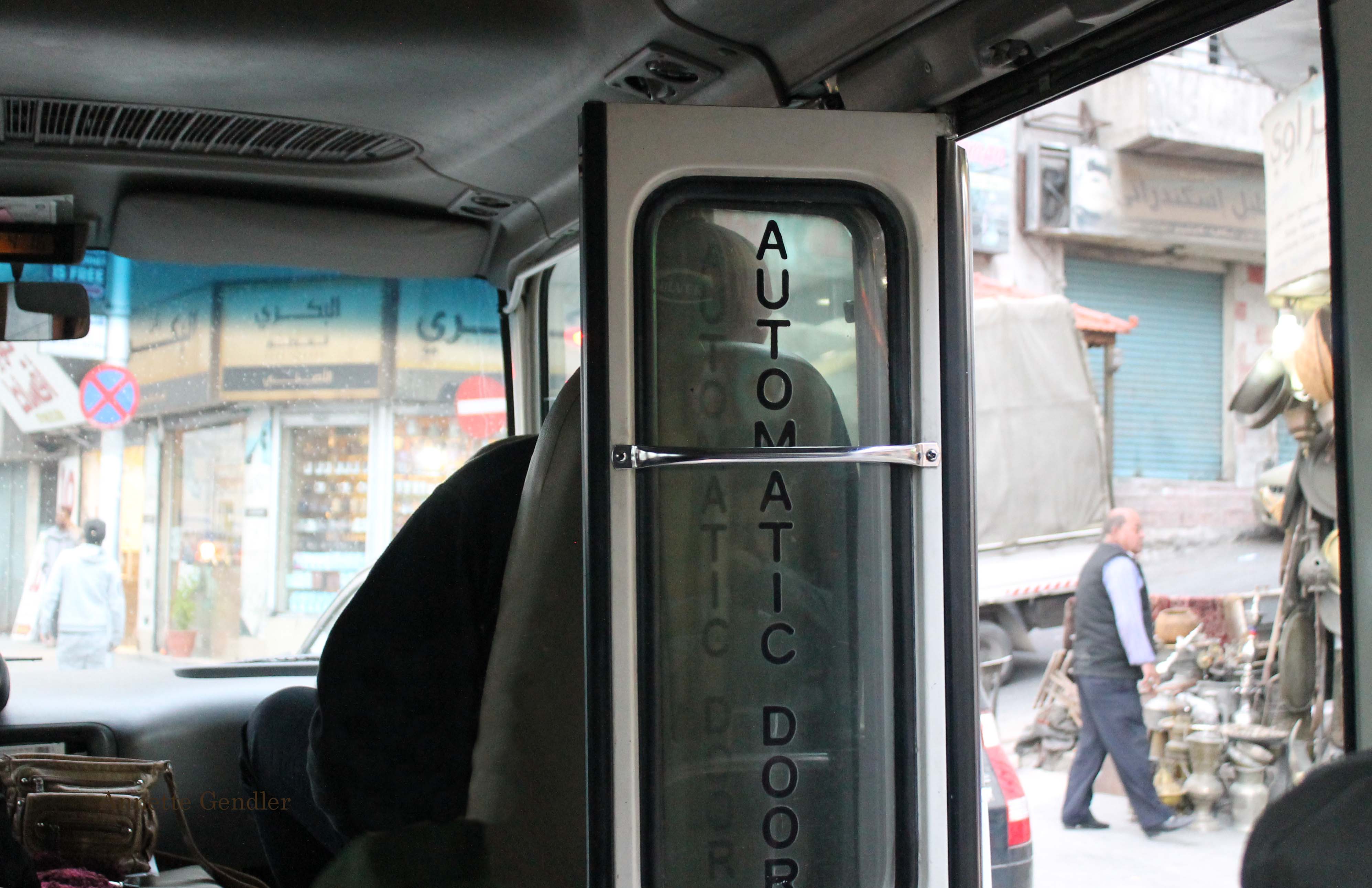 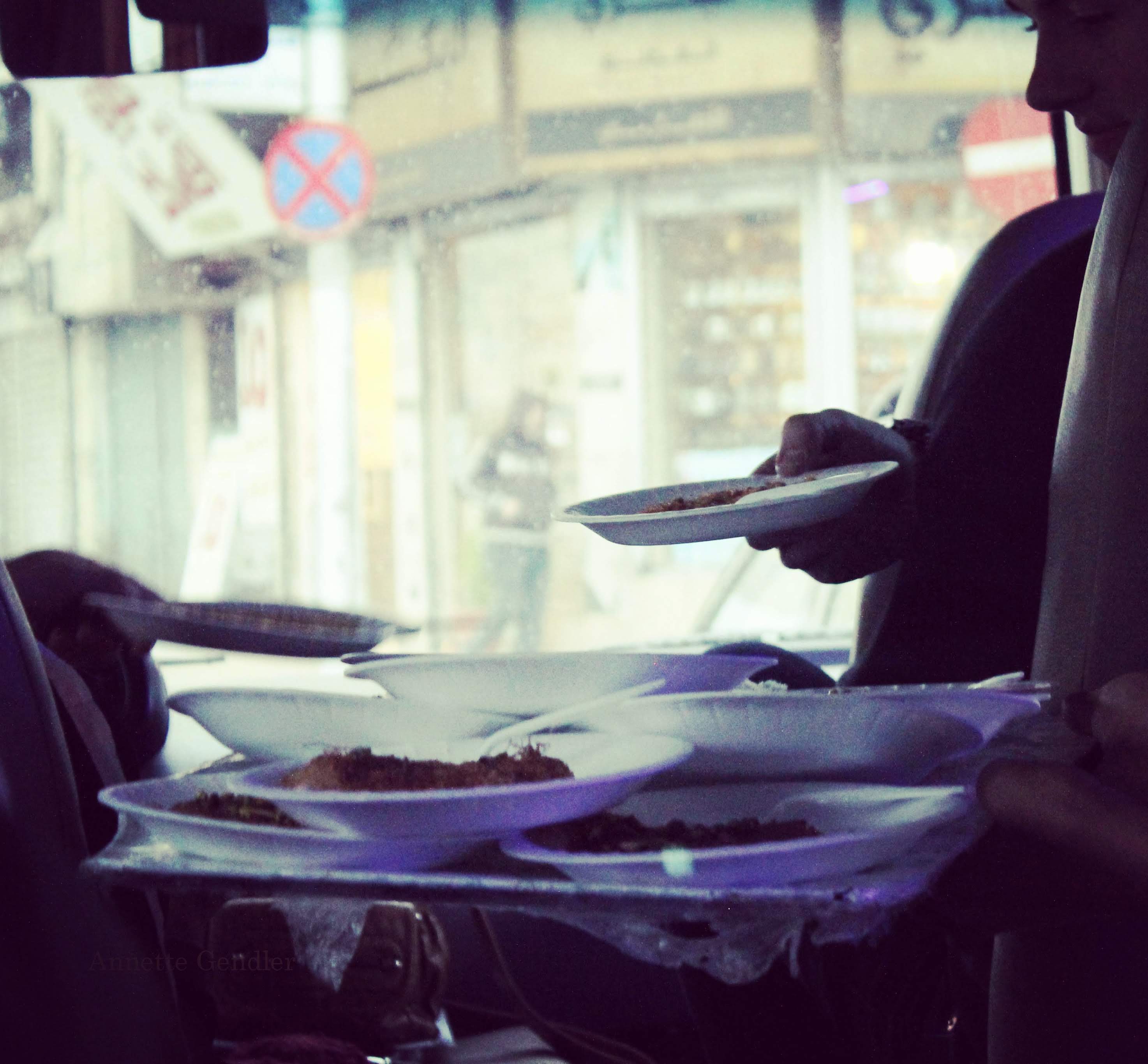 As we were inching through traffic, our guide had the bus stop at a food stall, and got a serving of Kanafeh for each one of us.

Kanafeh reminded me of the Greek fried cheese Saganaki.

Except it was sweet with a crust of burnt sugar on top, similar to one of my husband’s favorite French desserts: crème brulée. Needless to say, the Kanafeh was enjoyed by all. It kept us in good spirits for the rest of the long trip through Amman and then the three-hour drive on to Petra. 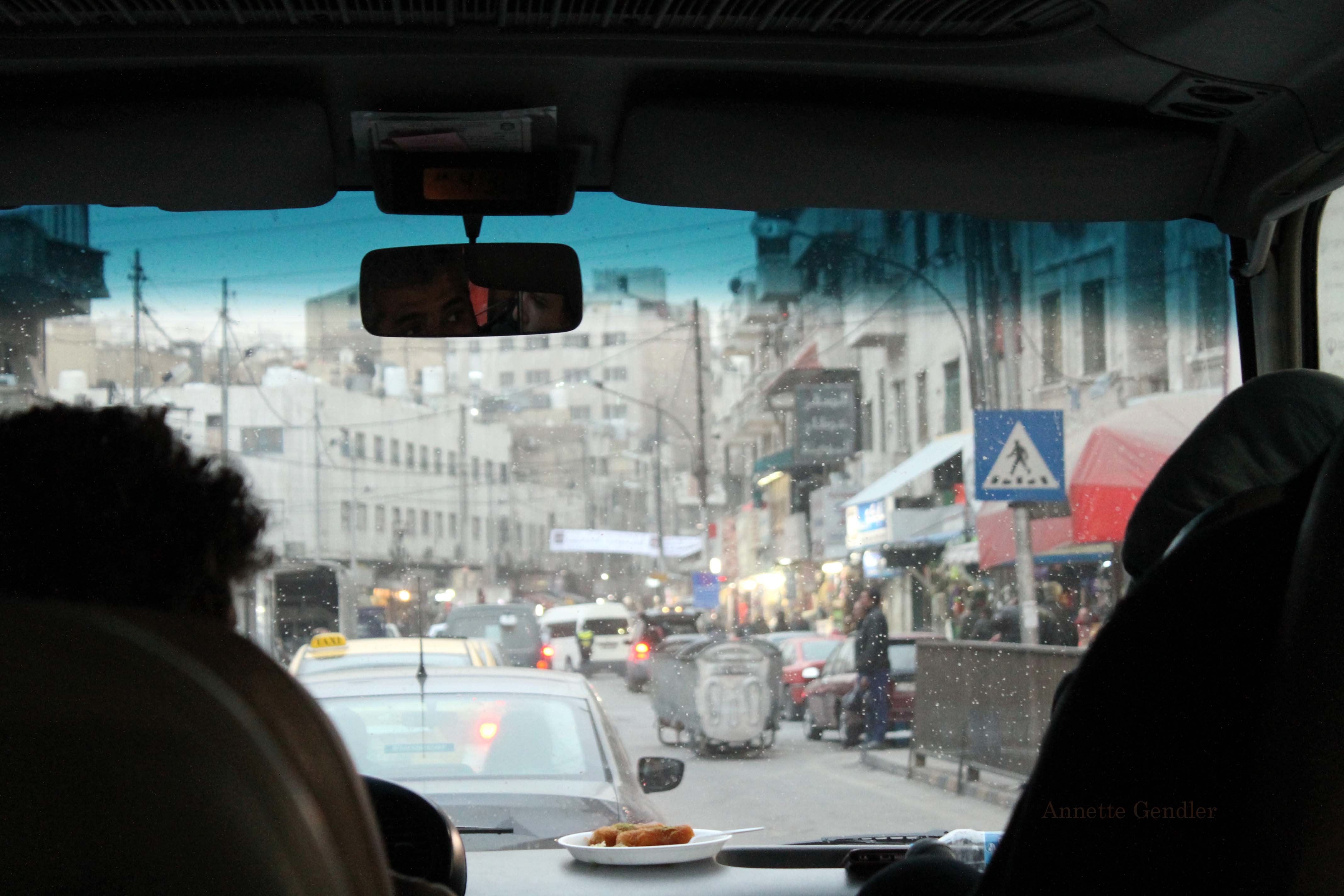 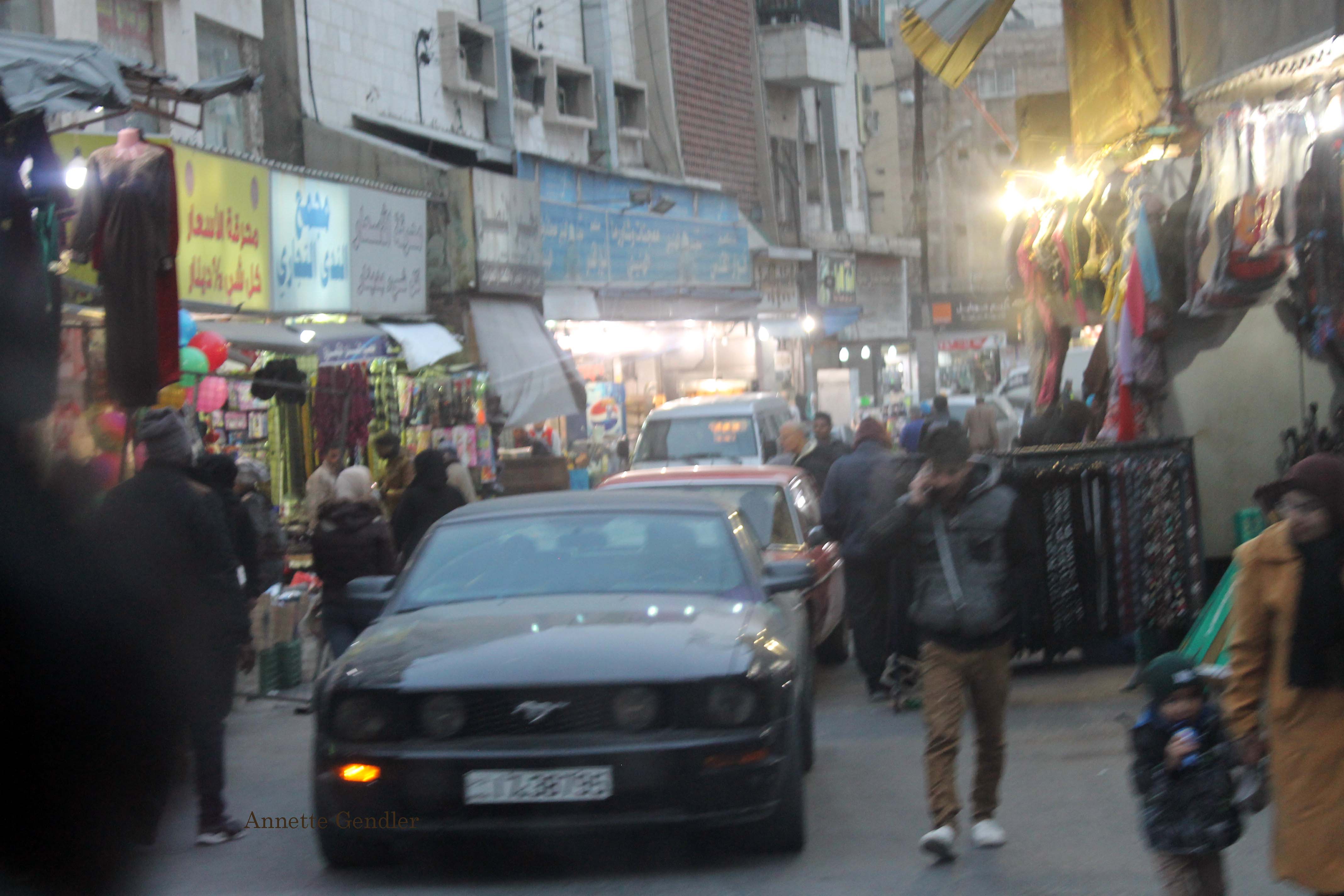 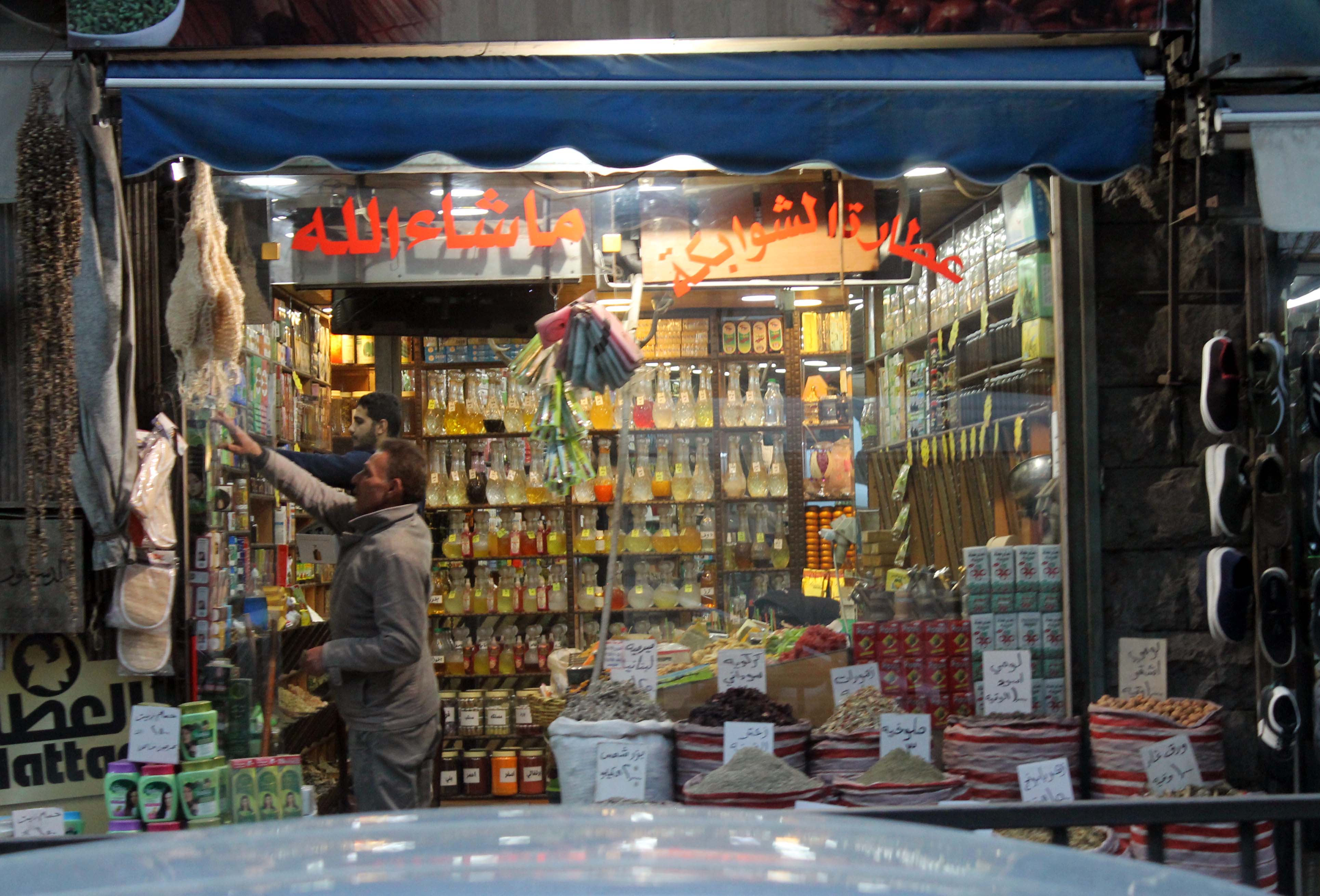 My next installment will be a photo essay of our visit to Petra! Look out for it next Friday…