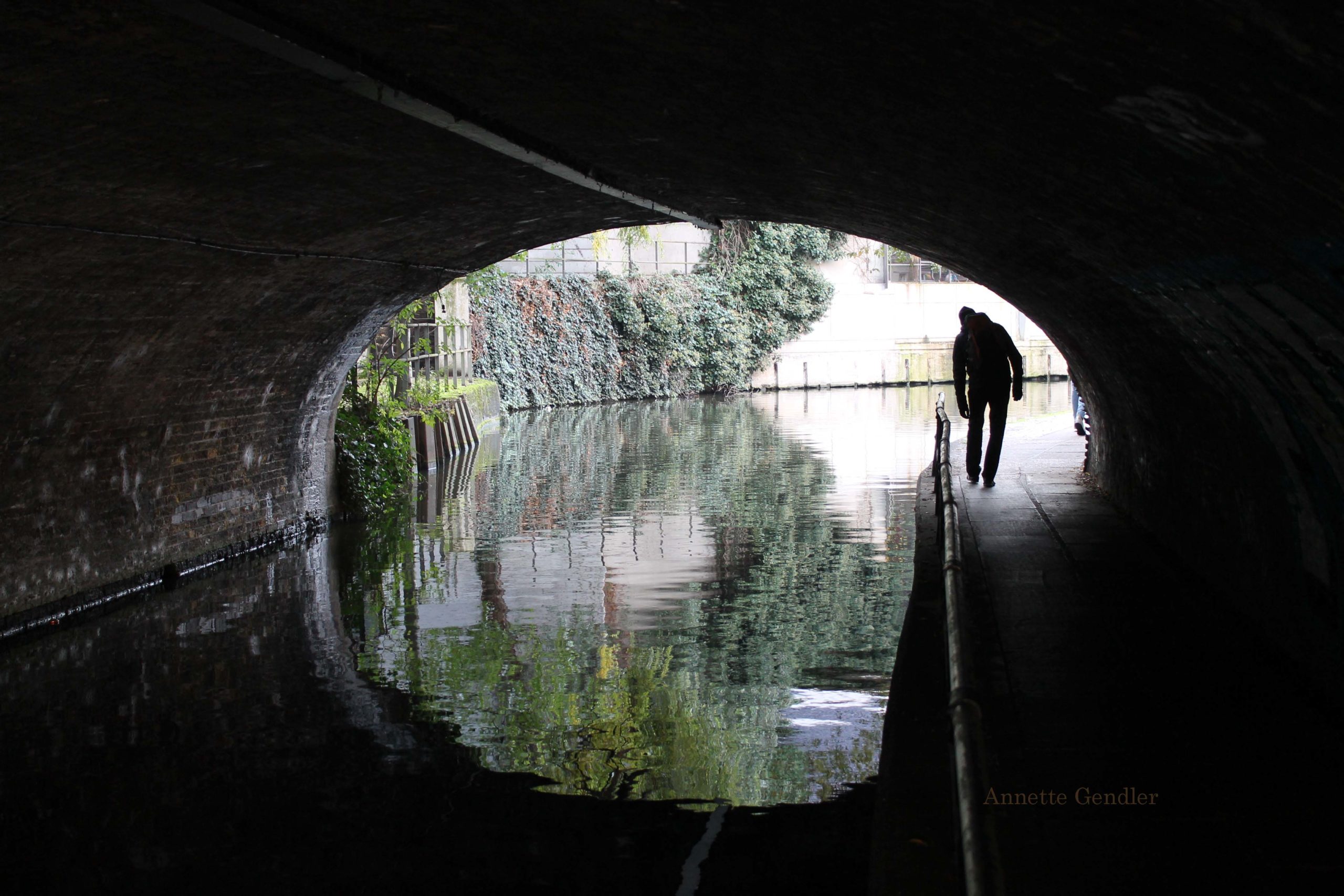 My favorite photo from our walk along the Regent’s Canal Towpath: My brother bending his way through one of its tunnels.

I have another virtual trip for you: off the beaten track, along Regent’s Canal Towpath in London. I spent a few days last week putting together a photo album of my trip to London last November with my siblings. The album was my gift for my sister’s birthday as this trip had been my brother’s and my gift for her 50th last year.

Assembling a photo album of one of my recent trips proved to be such an uplifting activity for me during these trying pandemic times.

I highly recommend it! I also found that having a deadline did me a lot of good. It helped me prioritize a positive and creative task. Plus making something for someone bears its own kind of joy.

After weeding through all my and my brother’s London photos, that tunnel picture above from our walk along the Regent’s Canal Towpath stuck in my mind. It got me thinking that our photos from this unusual, non-touristy route would make a nice photo essay to share. So here goes: 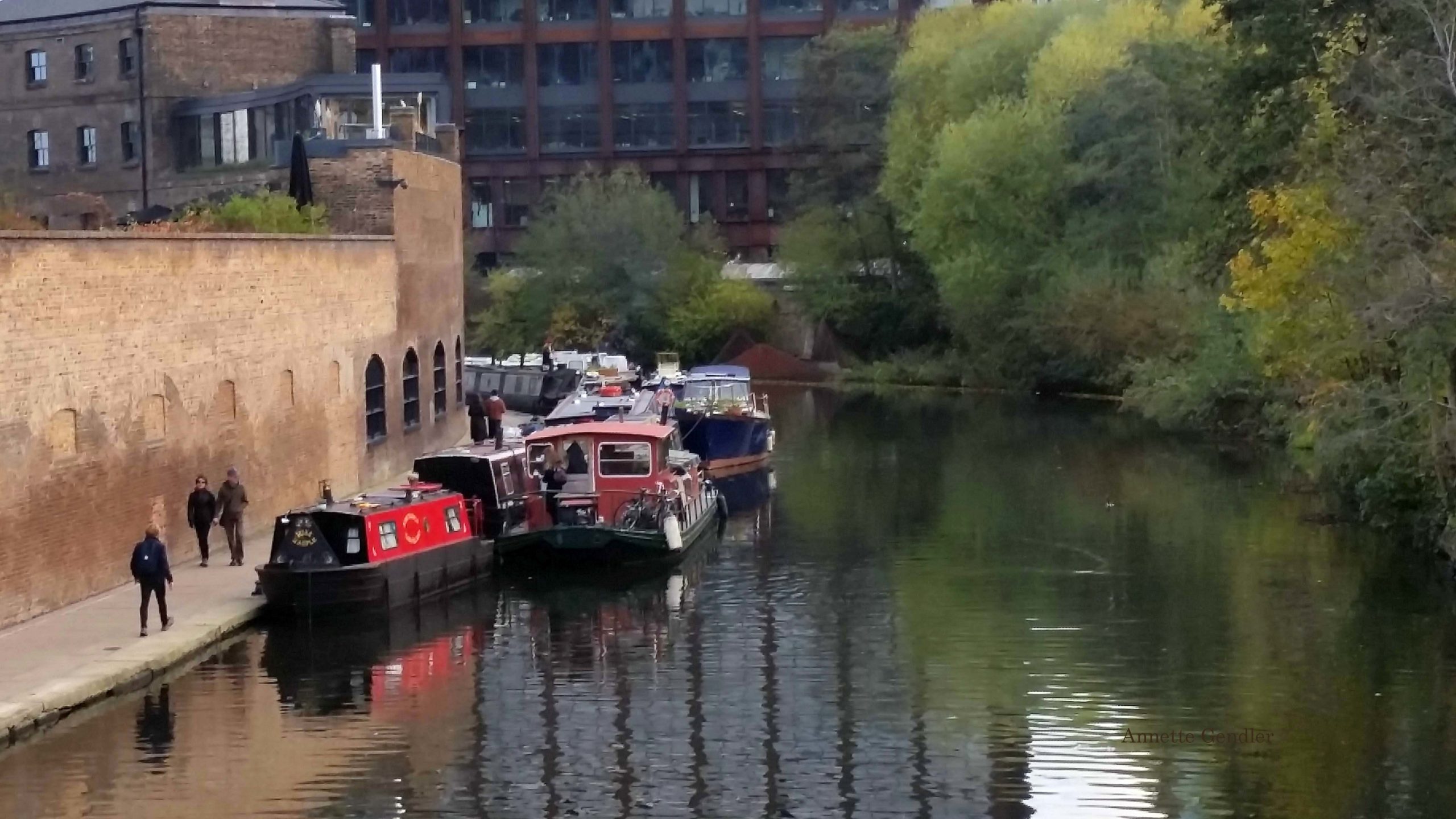 I first heard about Regent’s Canal thanks to Susannah Conway’s photography.

A bunch of houseboats in the midst of bustling London struck me as incongruous.

I can’t find the exact image on Susannah’s site. And I don’t have access to my copy of her cute book Londontown (a great visual journey of London if you’re looking for travel inspiration) but suffice it to say, on the last day of our trip, our goal was to explore Regent’s Canal. 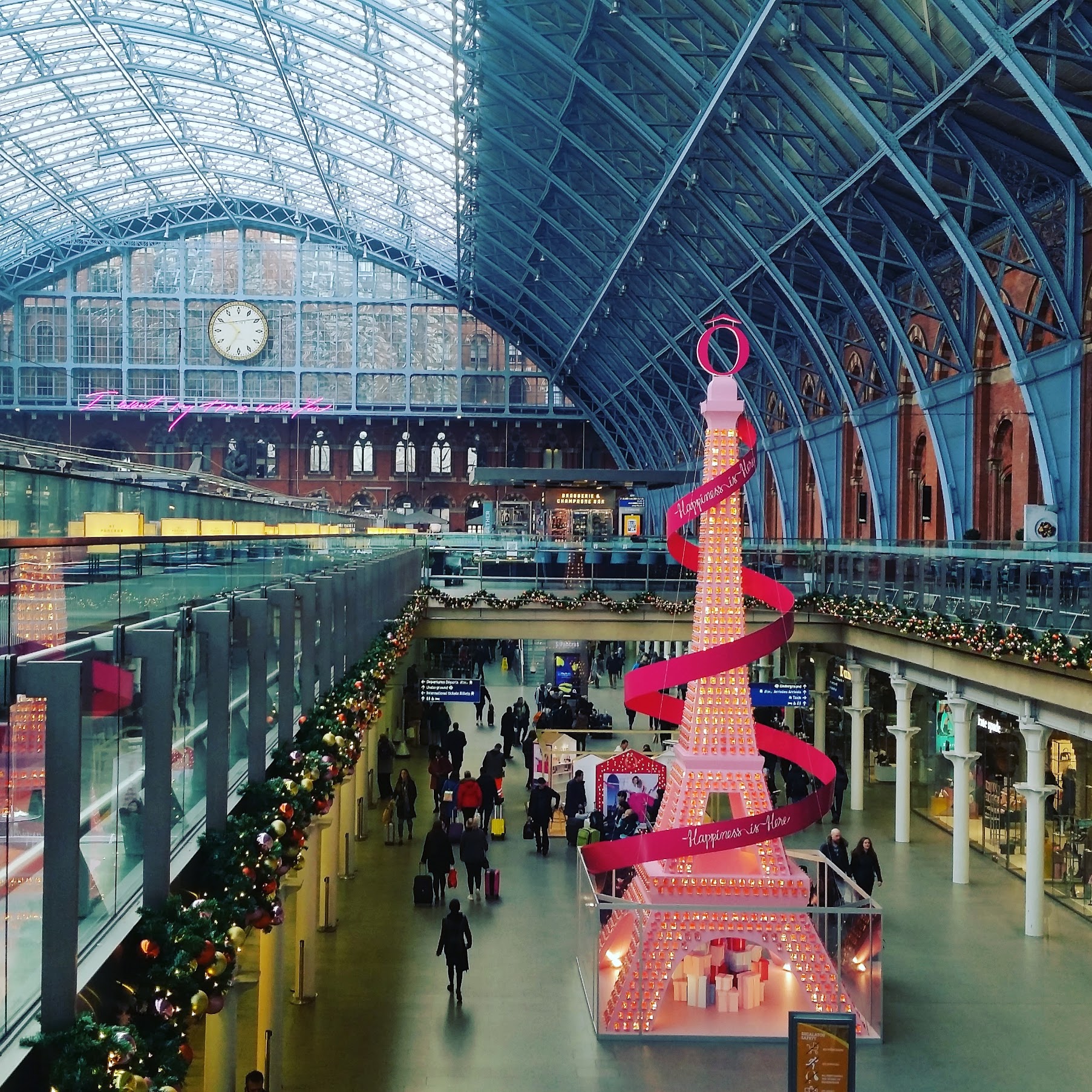 St. Pancras International, from where the Eurostar train leaves for Paris. It’s one of my favorite spots in London.

After a great breakfast at St. Pancras International (that grand station is one of my favorite spots in London, see above), we headed north and began our exploration of the canal at King’s Cross.

We wandered north from King’s Cross to Camden Market. 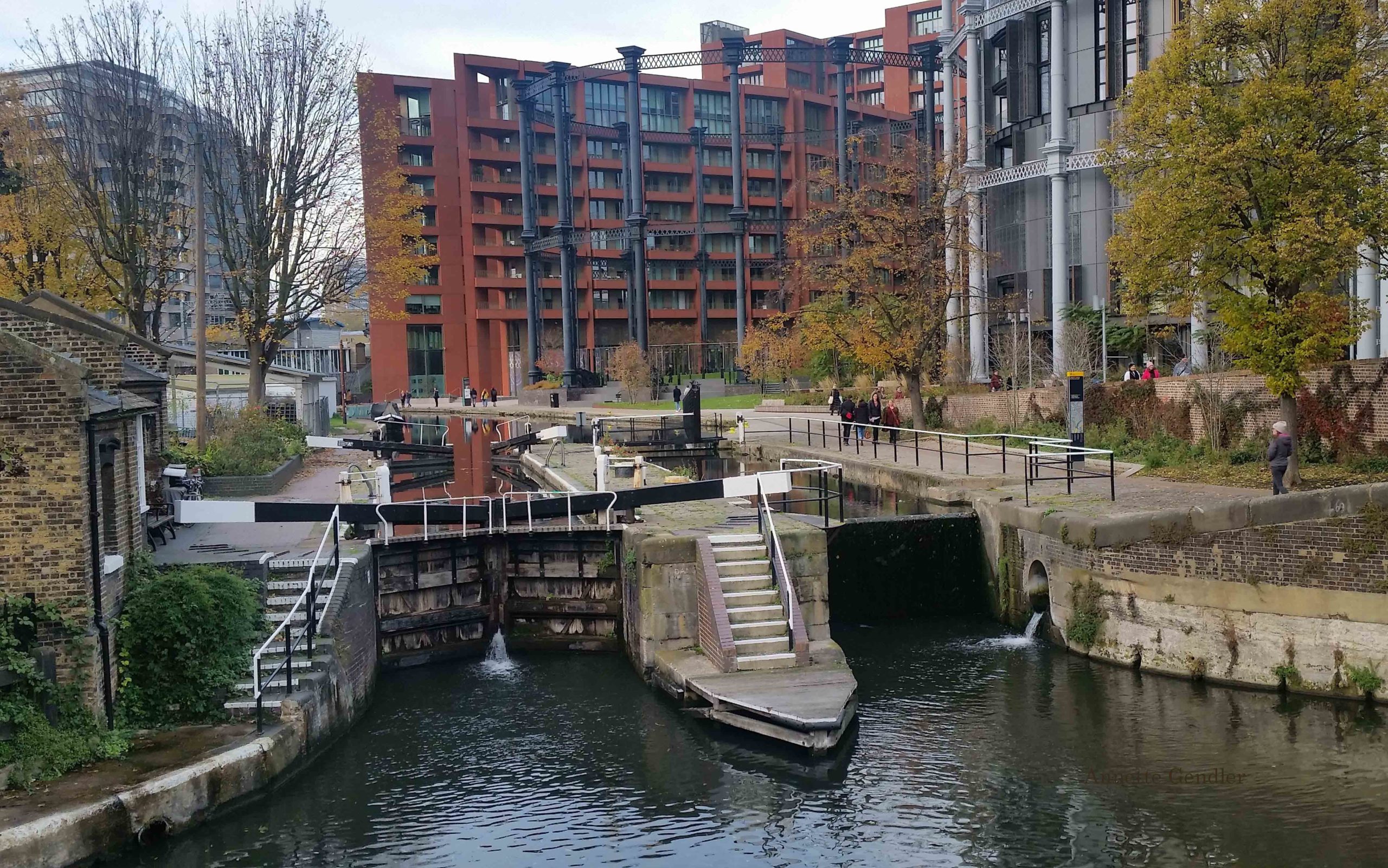 St. Pancras Lock, Regent’s Canal, London, November 2019. On the right side you can see the Gasholders London, where industrial gas tanks were converted into apartments and a park. 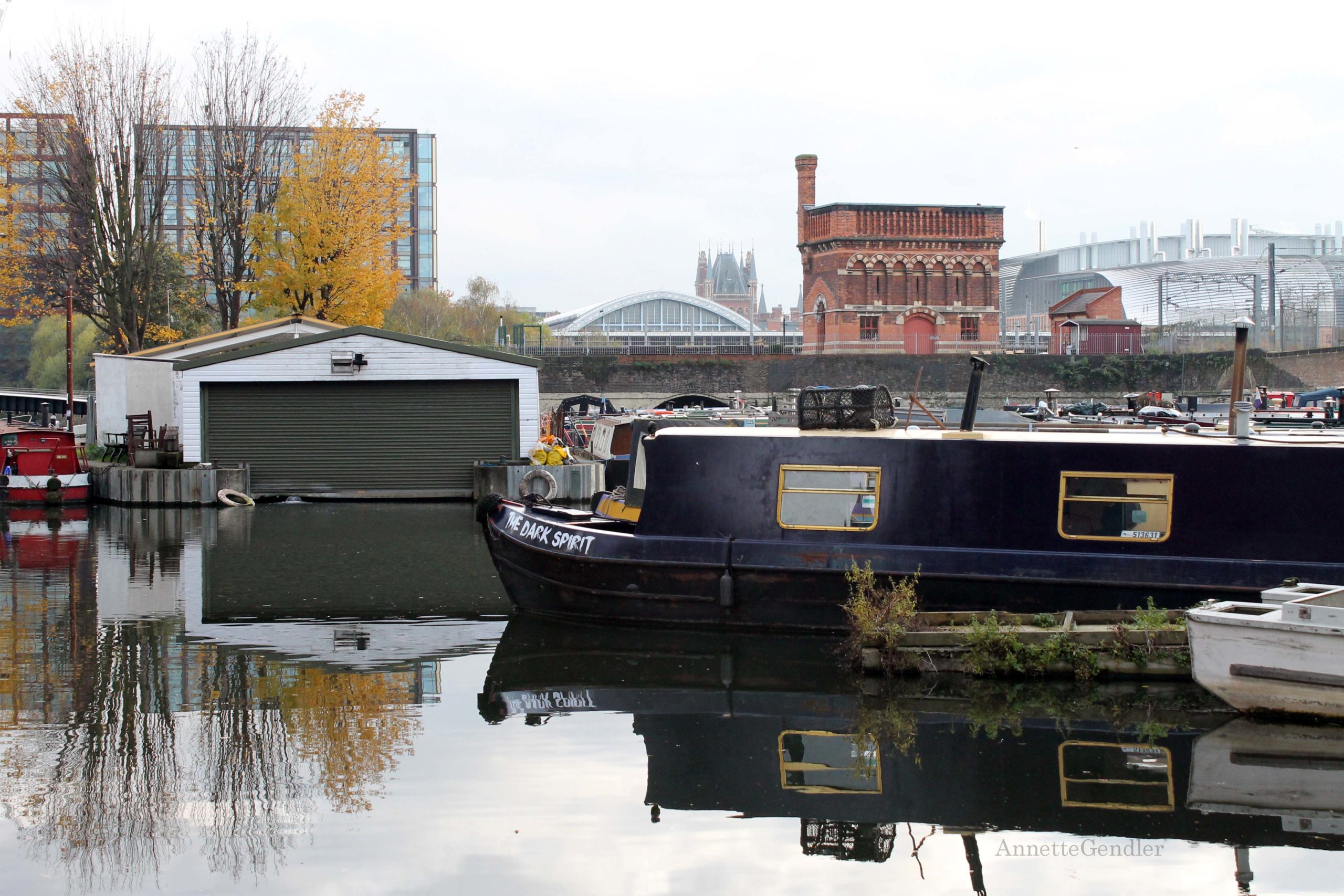 Off in the distance, you can see the pinnacles of St. Pancras International, whose grand neo-Gothic front houses the St. Pancras Renaissance Hotel. 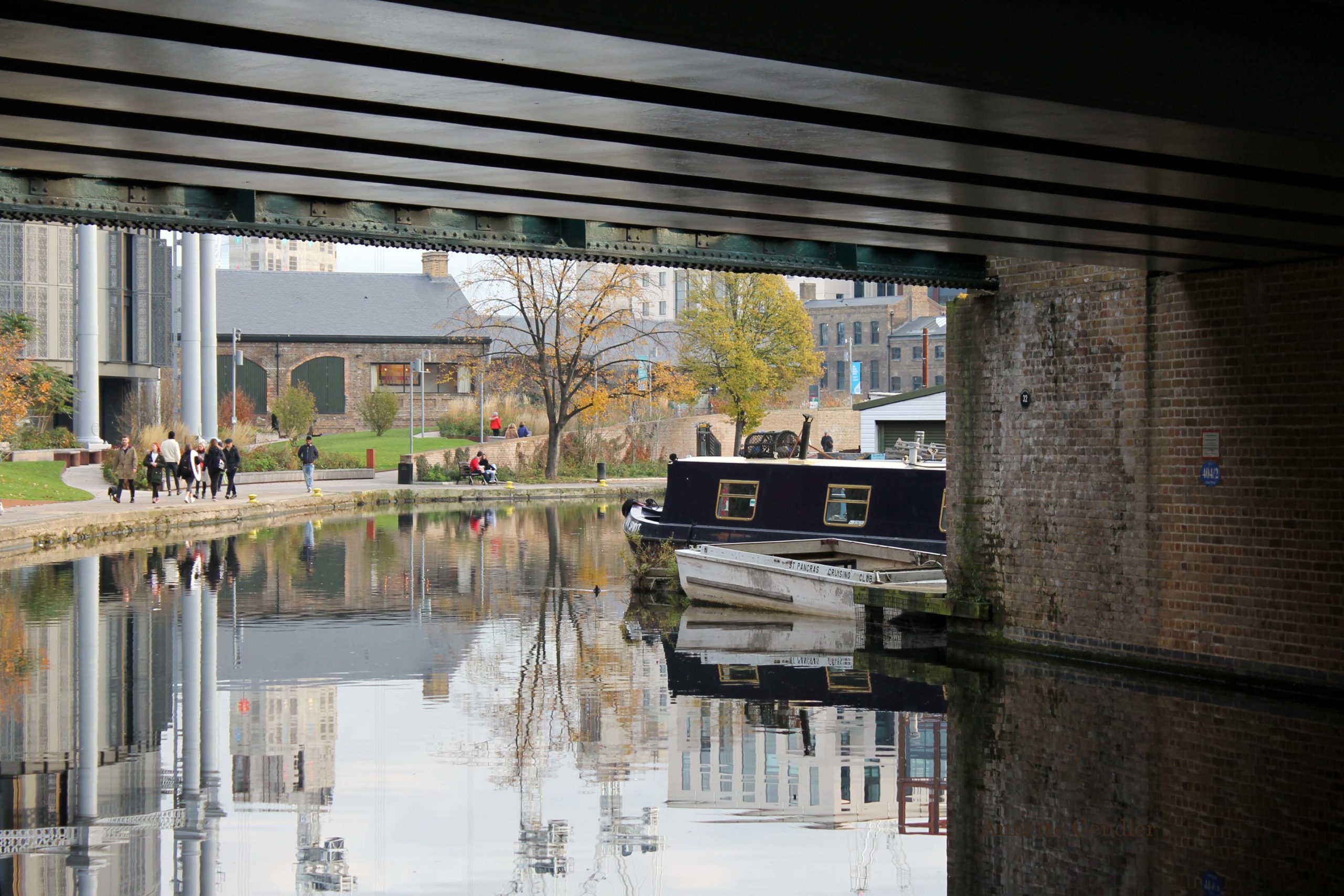 The Gasholders London reflect in the water on the left. 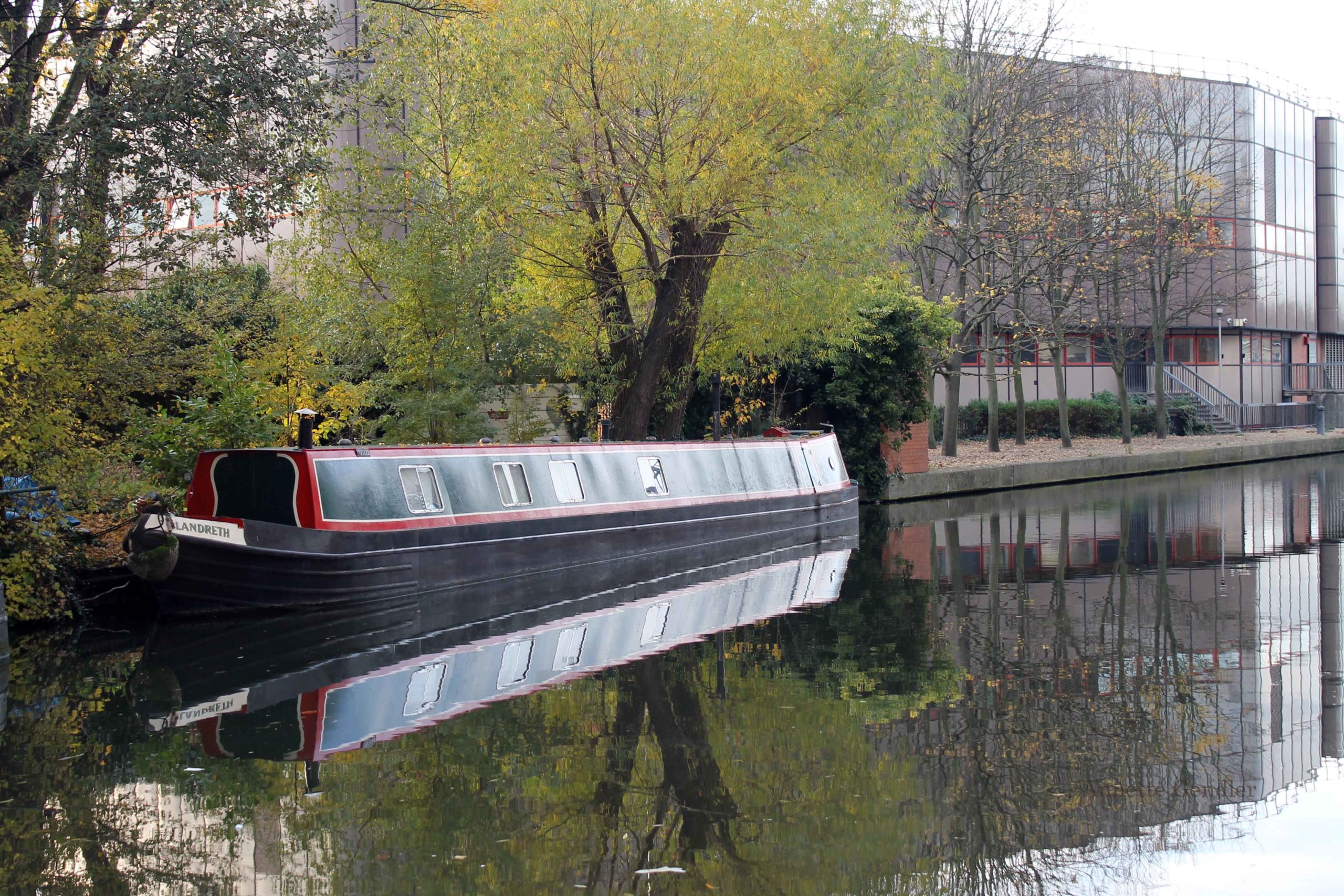 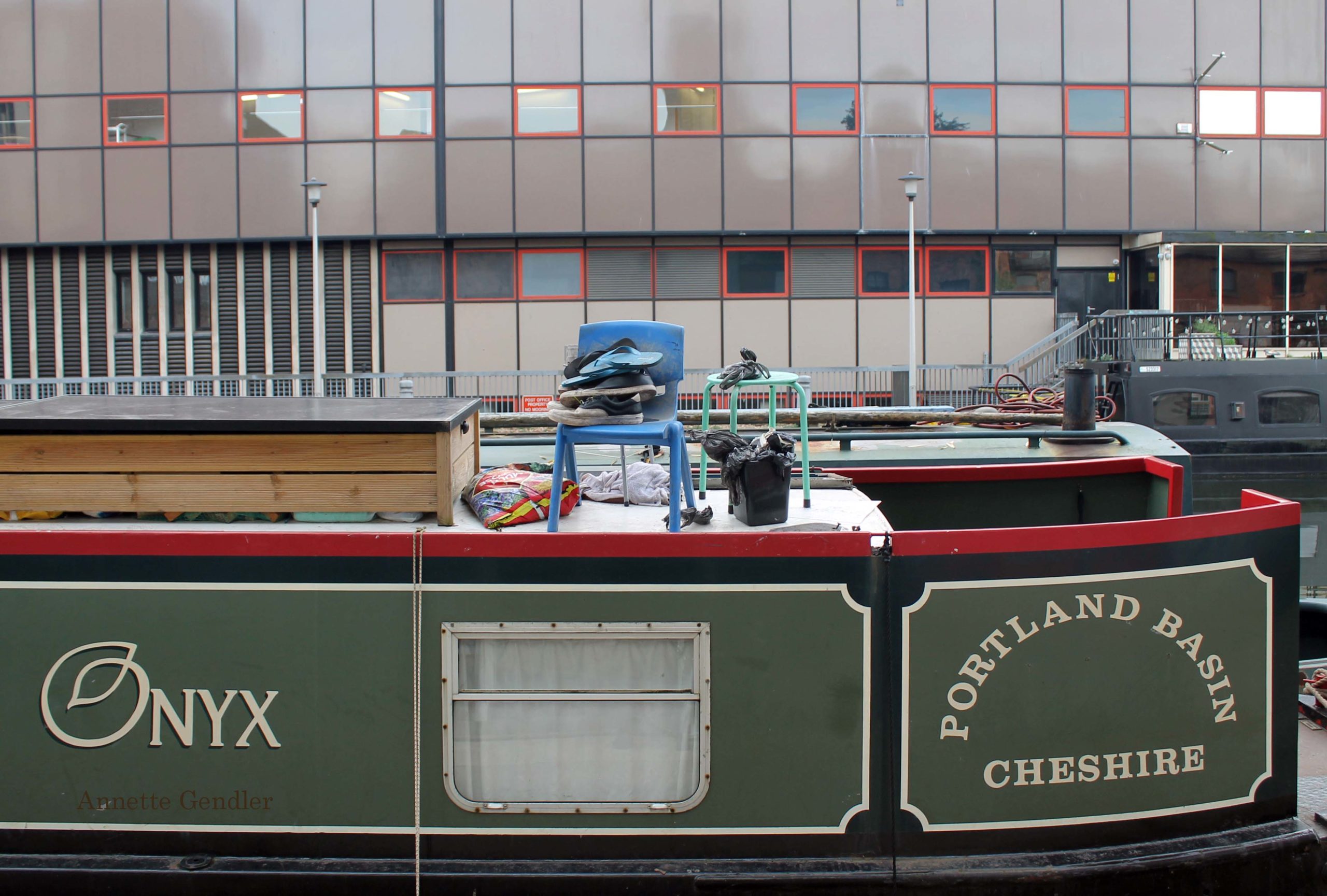 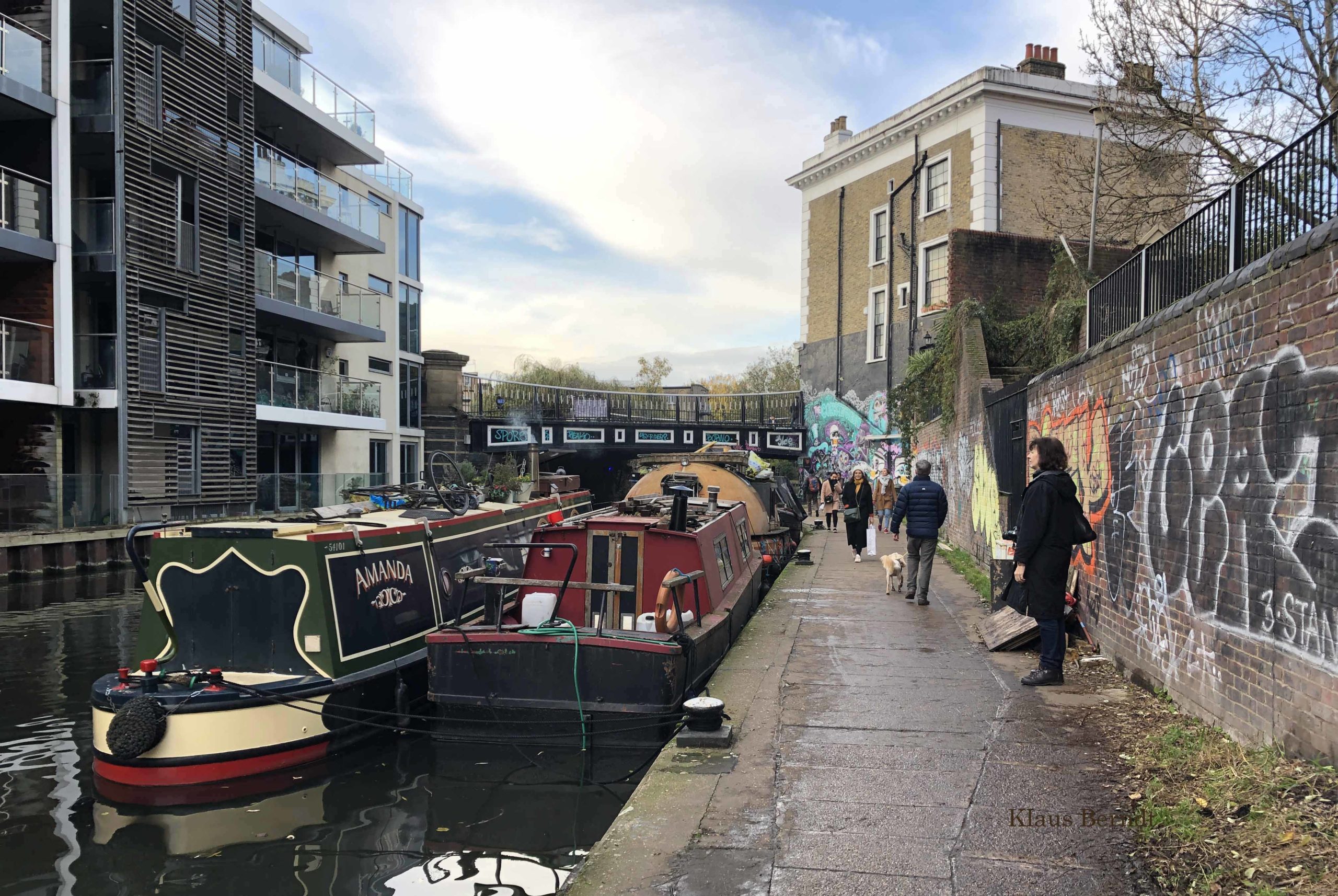 Walking along the towpath of Regent’s Canal, that’s me in the foreground on the right 🙂 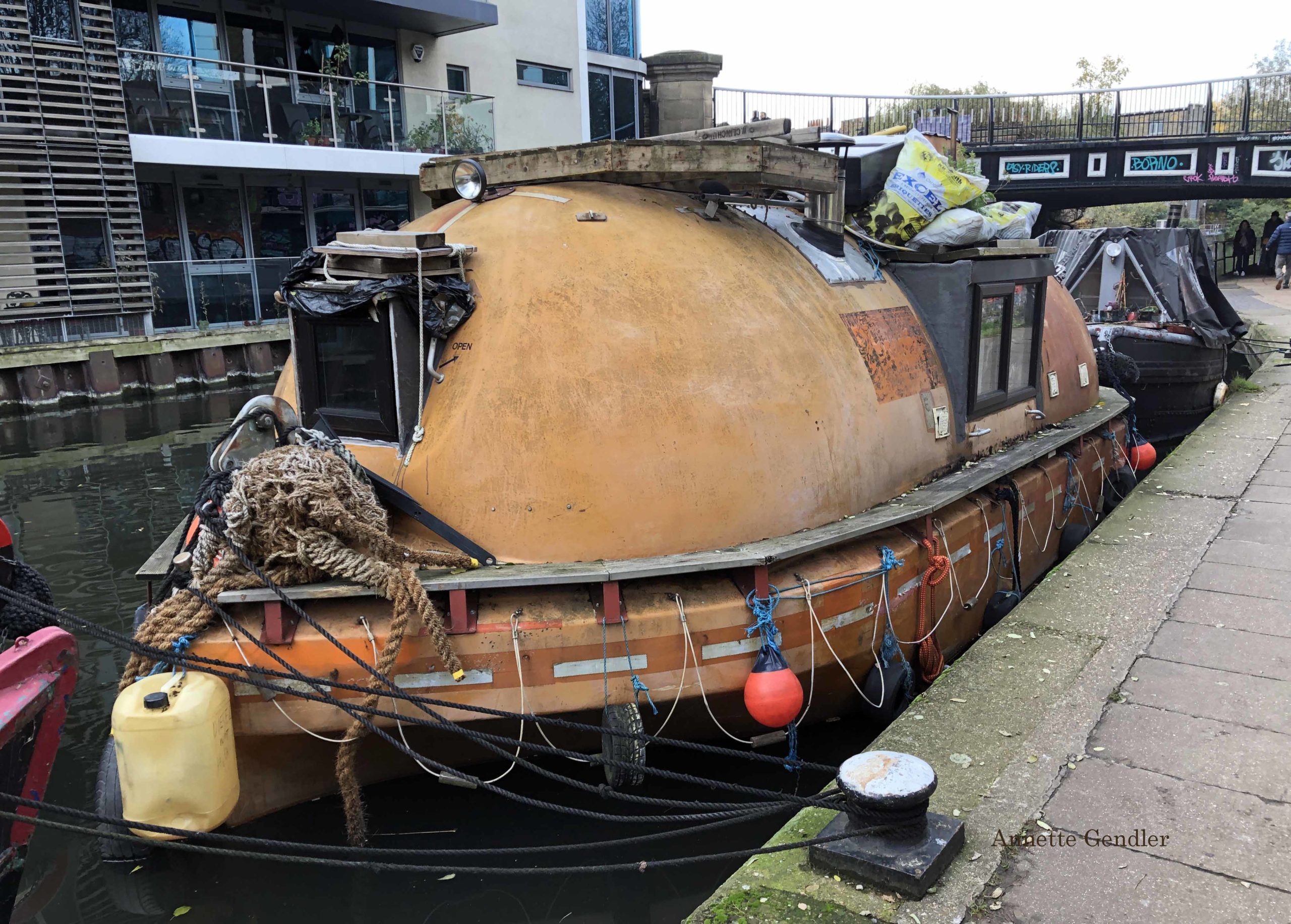 All along the canal are nice office and apartment buildings that look out on bohemian houseboats and graffiti. 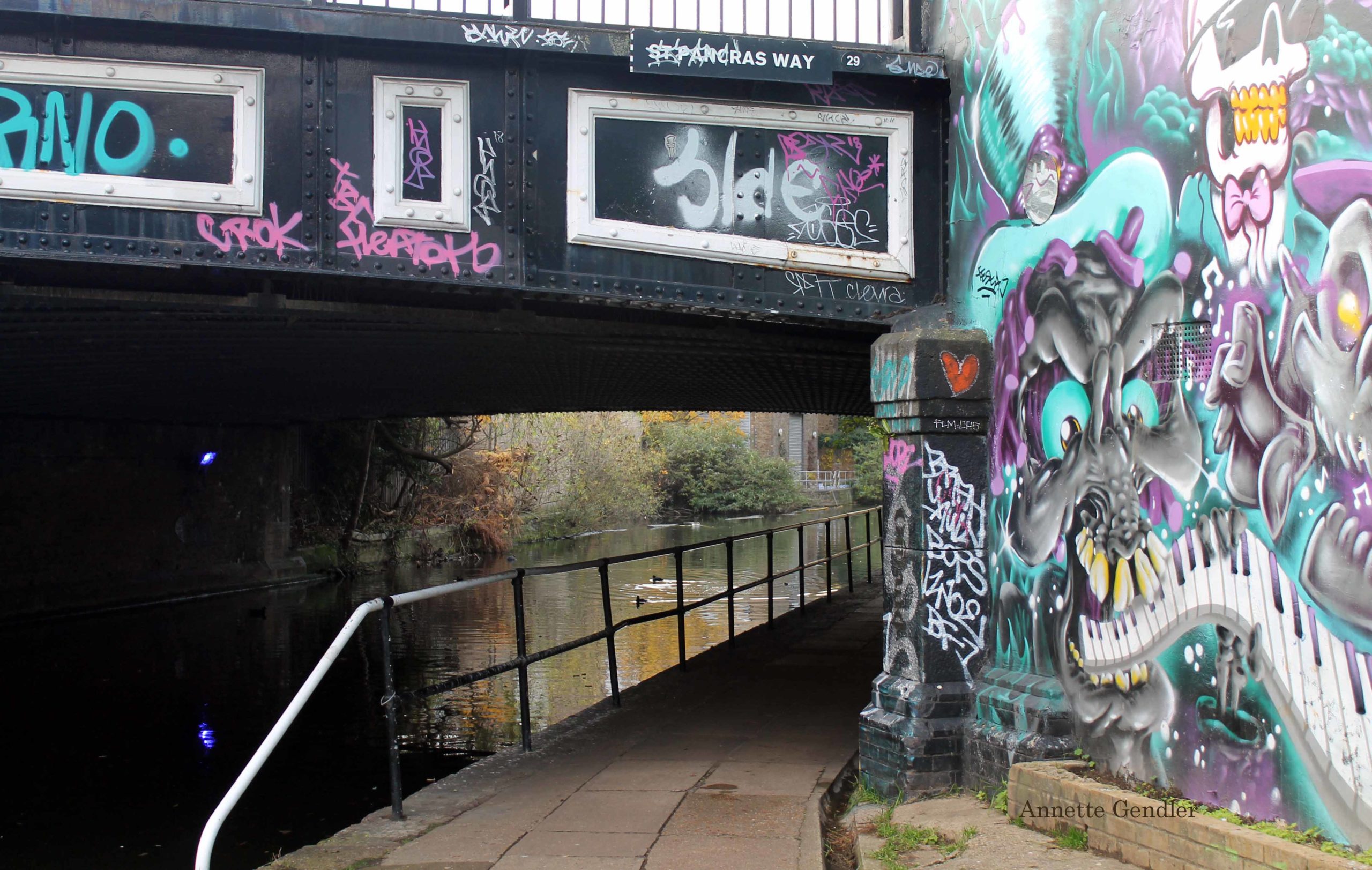 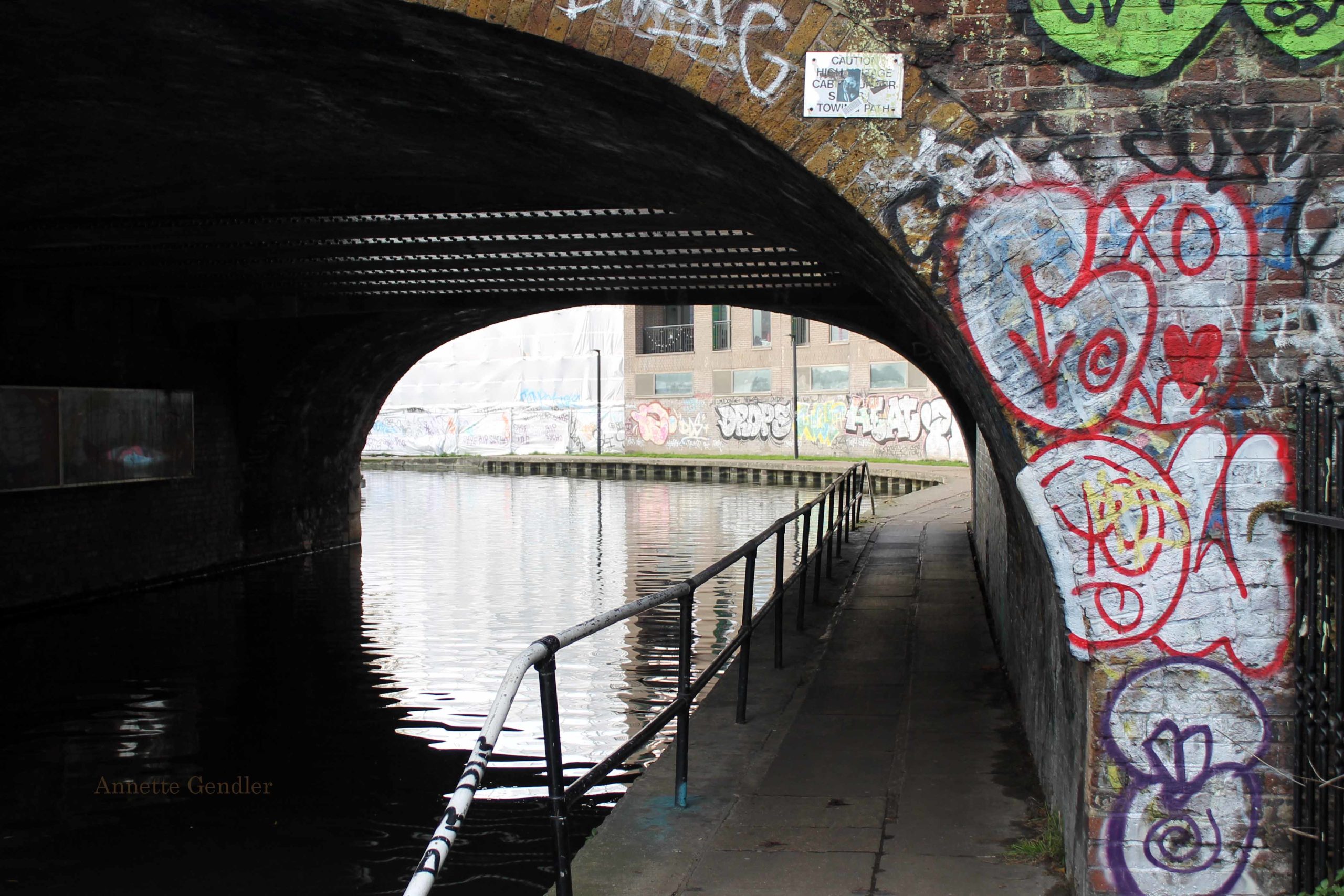 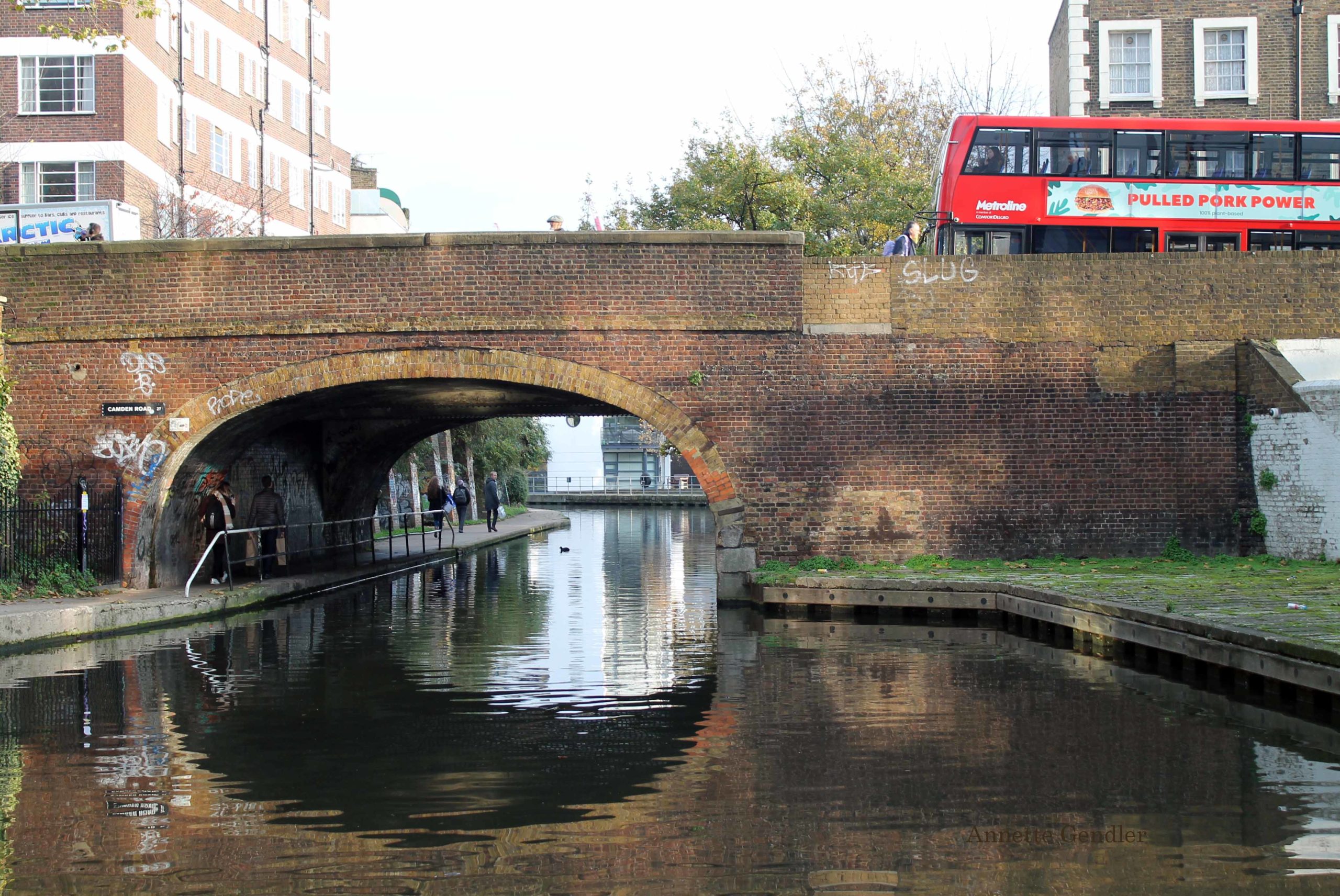 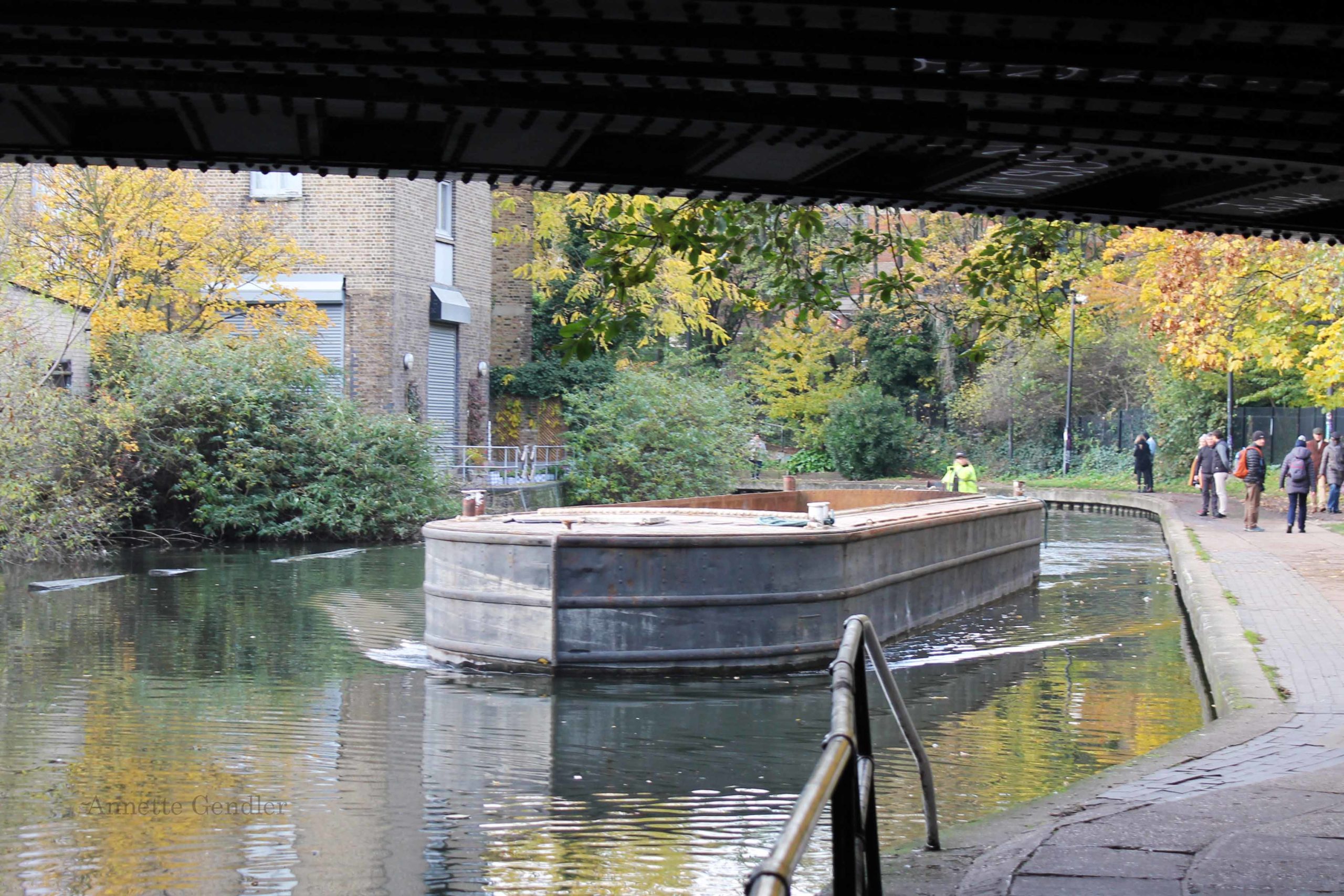 There is still barge traffic on Regent’s Canal. It was built in the pre-railway era (1812-1820) to move goods for the ever-growing city.

Farther up the canal, we got to watch one of those houseboats go through the Kentish Town Lock 3:

The girlfriend is the one who pushes and pulls to open the lock. 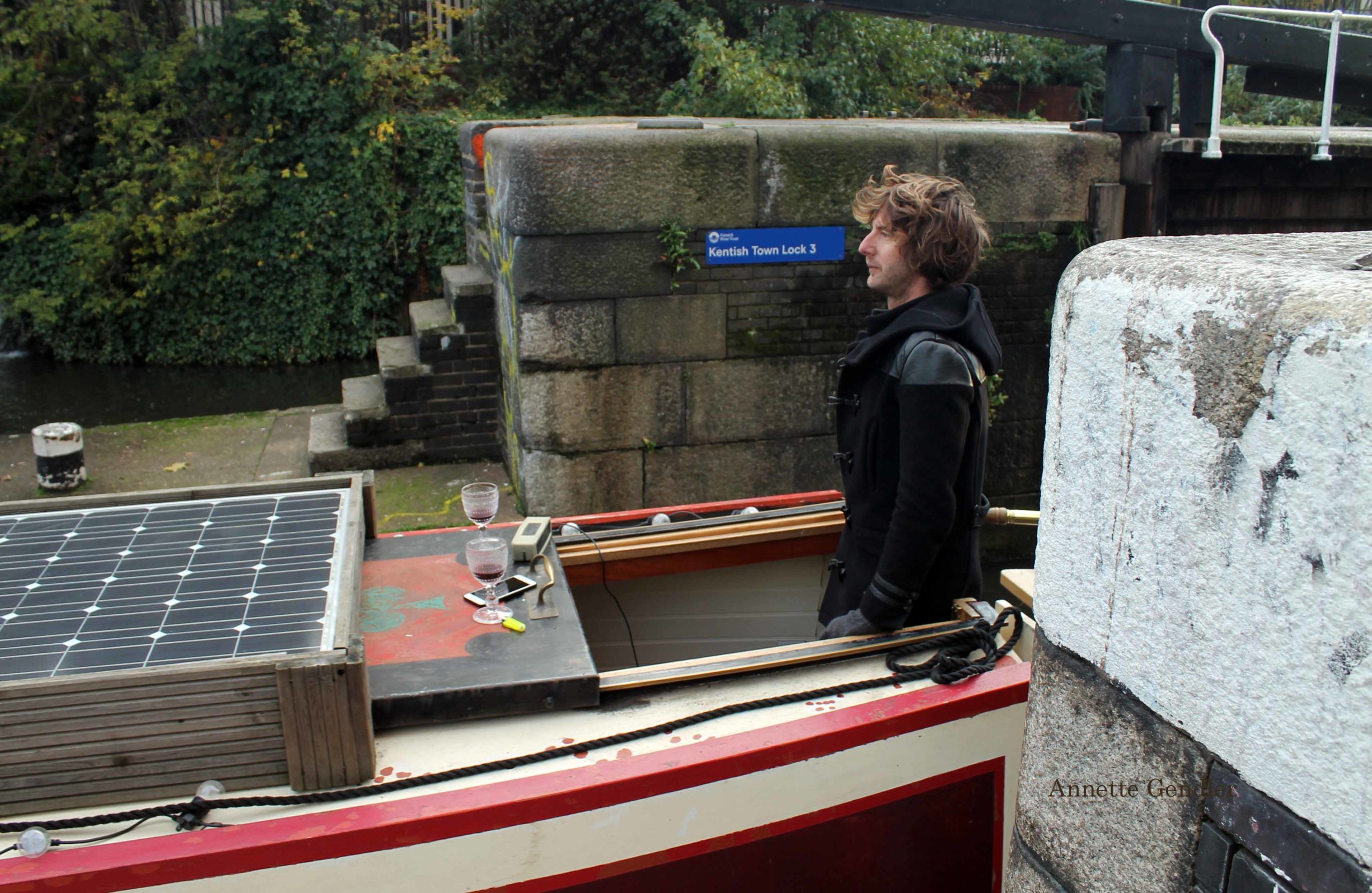 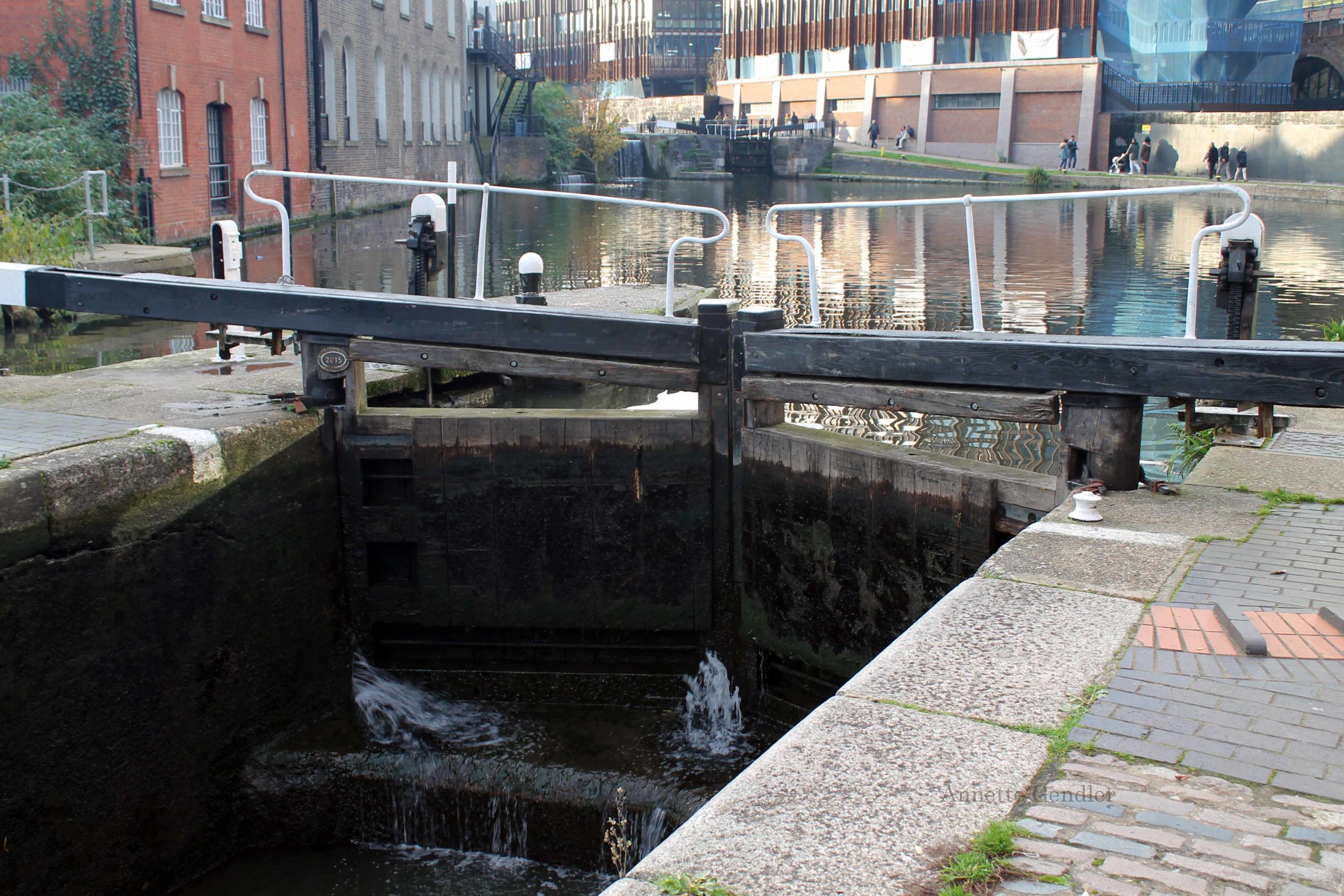 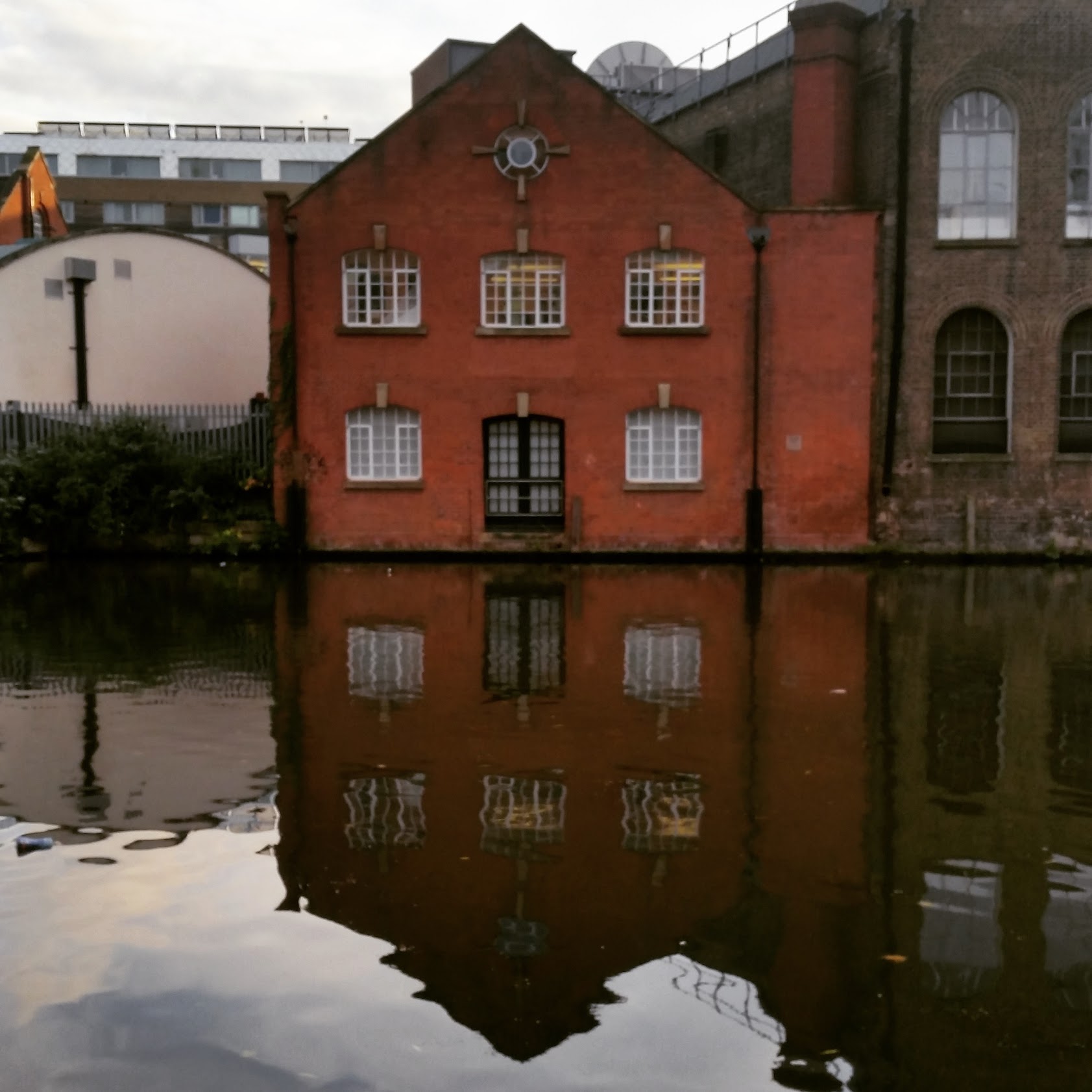 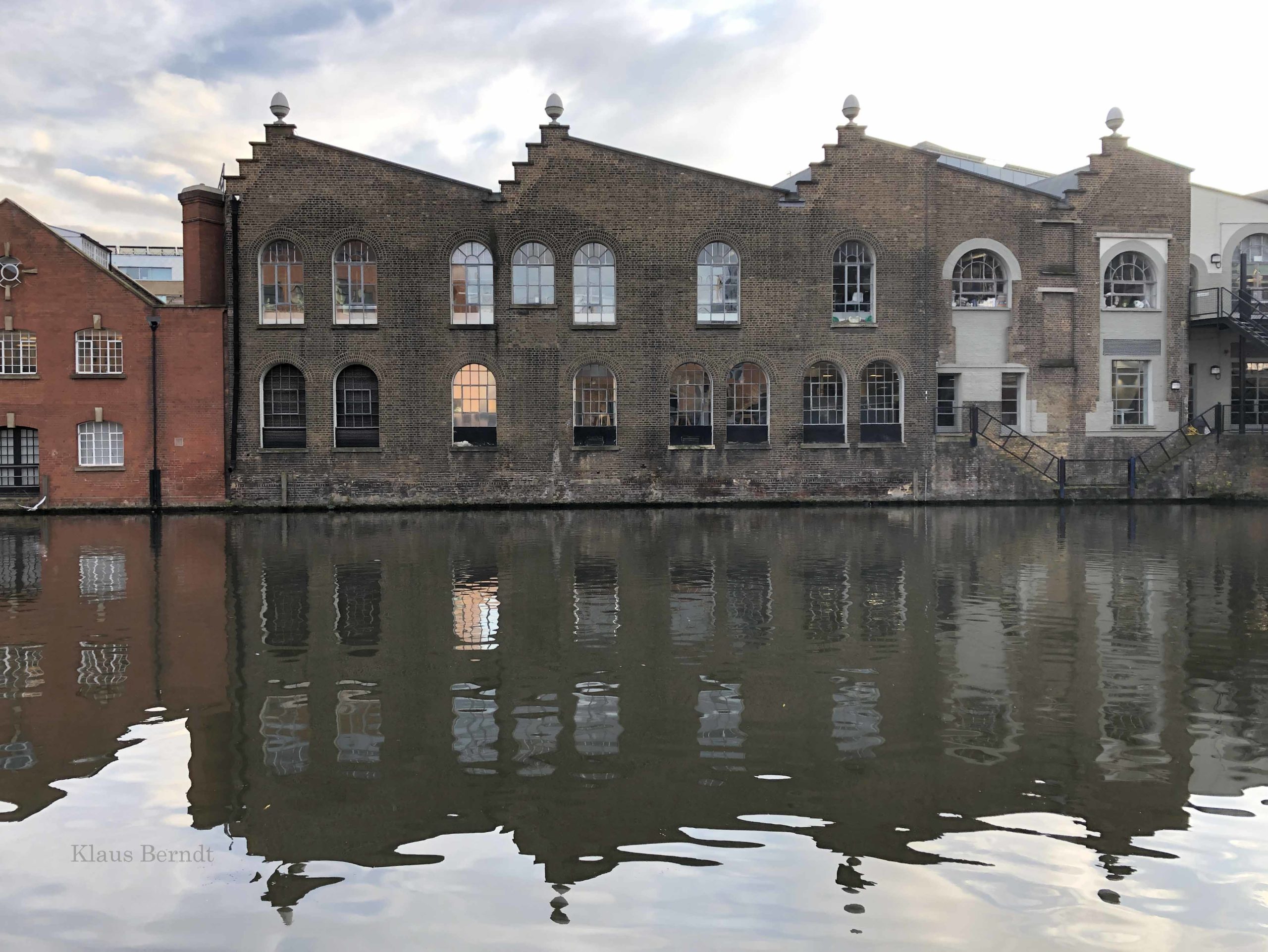 And then we happened upon one of the most beautiful sights yet: The old warehouses by Hawley’s Lock that now are home to TV studios. 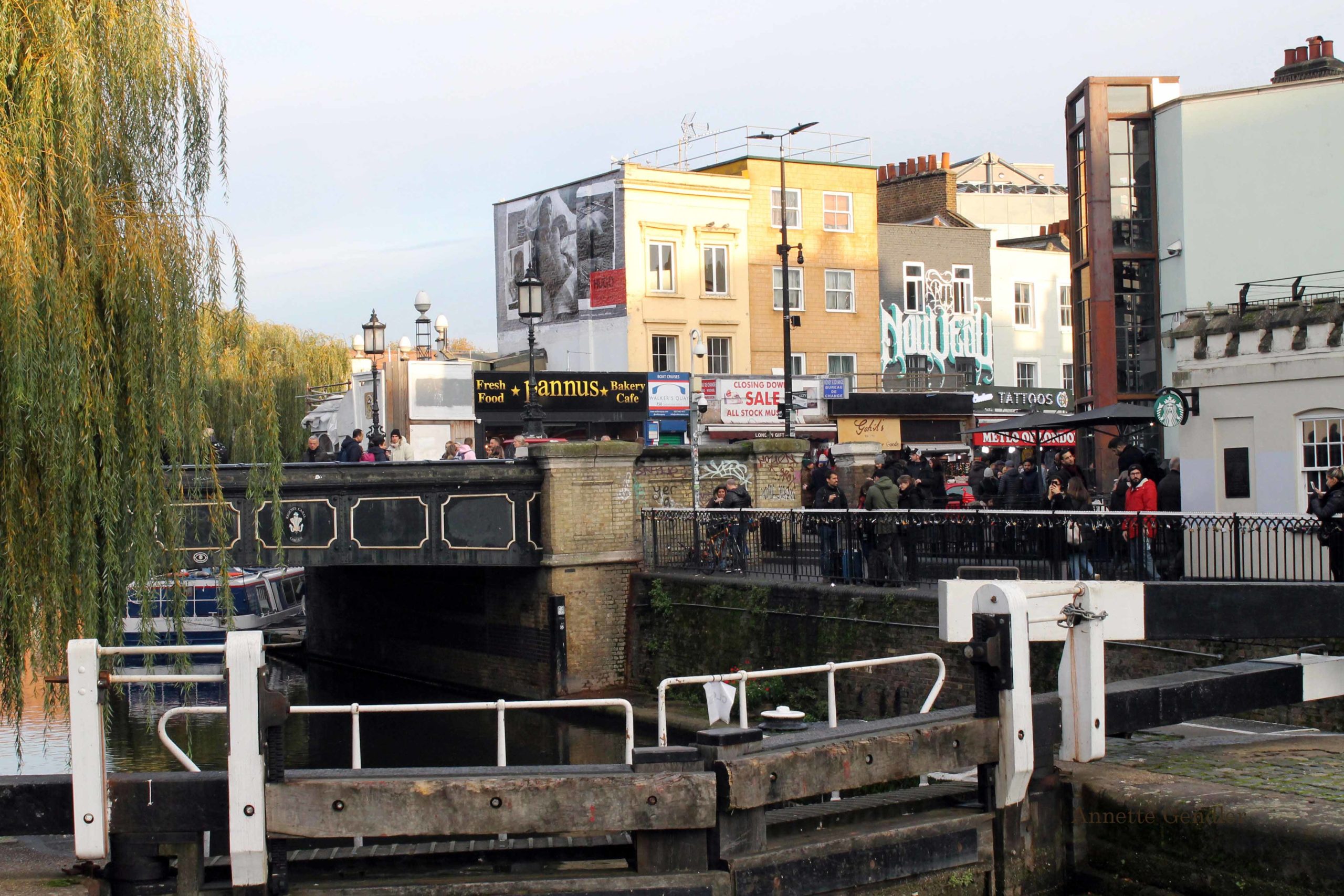 The serenity of walking along the Regent’s Canal Towpath finally ended for us at Camden High Street, where we joined the bustling crowds to rummage around Camden Market. 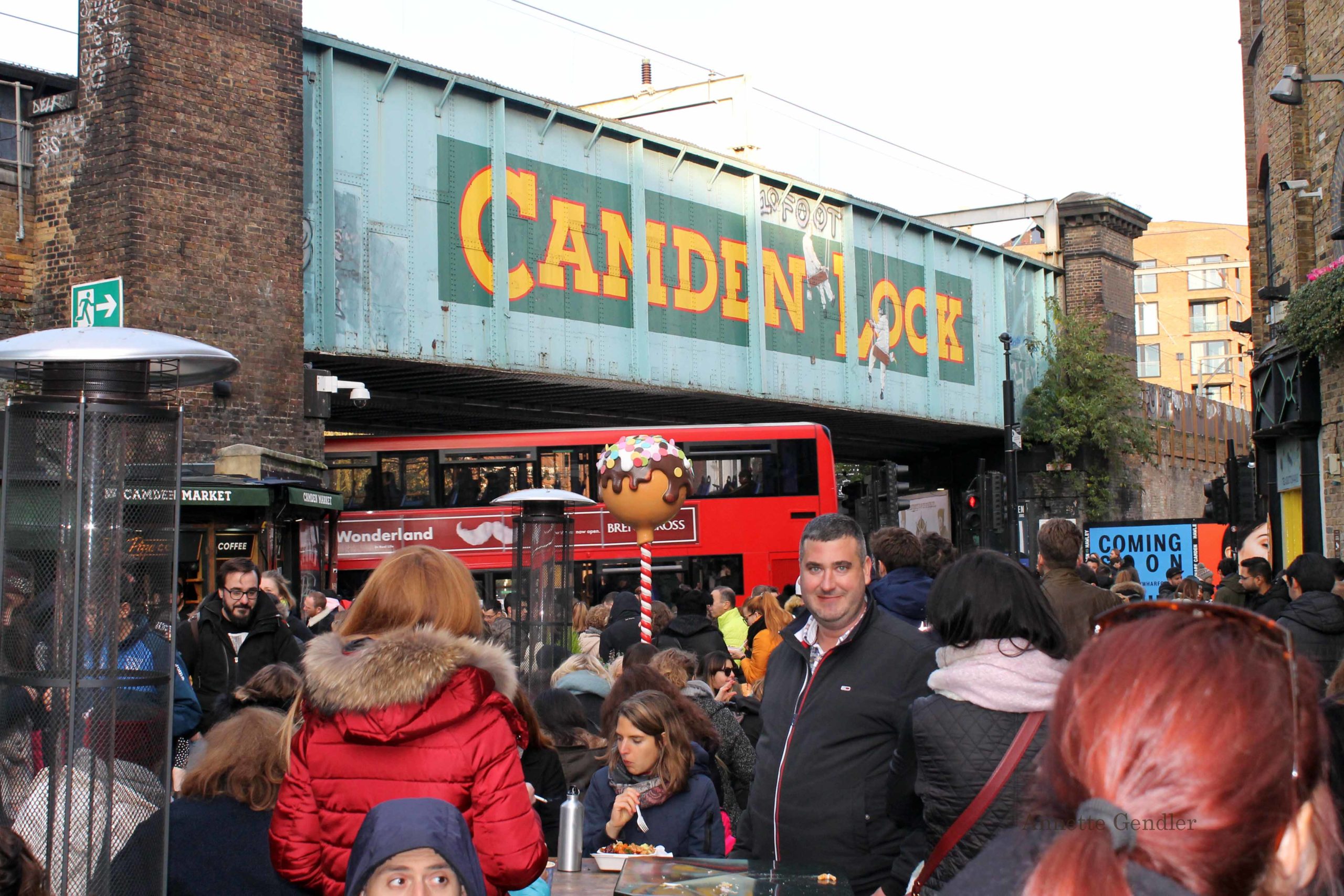 While I cringe now at the thought of how we pushed our way through the jostling crowd at Camden Market,

I hope my photos convey some of the serenity of walking along the Regent’s Canal Towpath. It’s hard to fathom that there was a time, not so long ago, when crowds were of no consideration whatsoever.