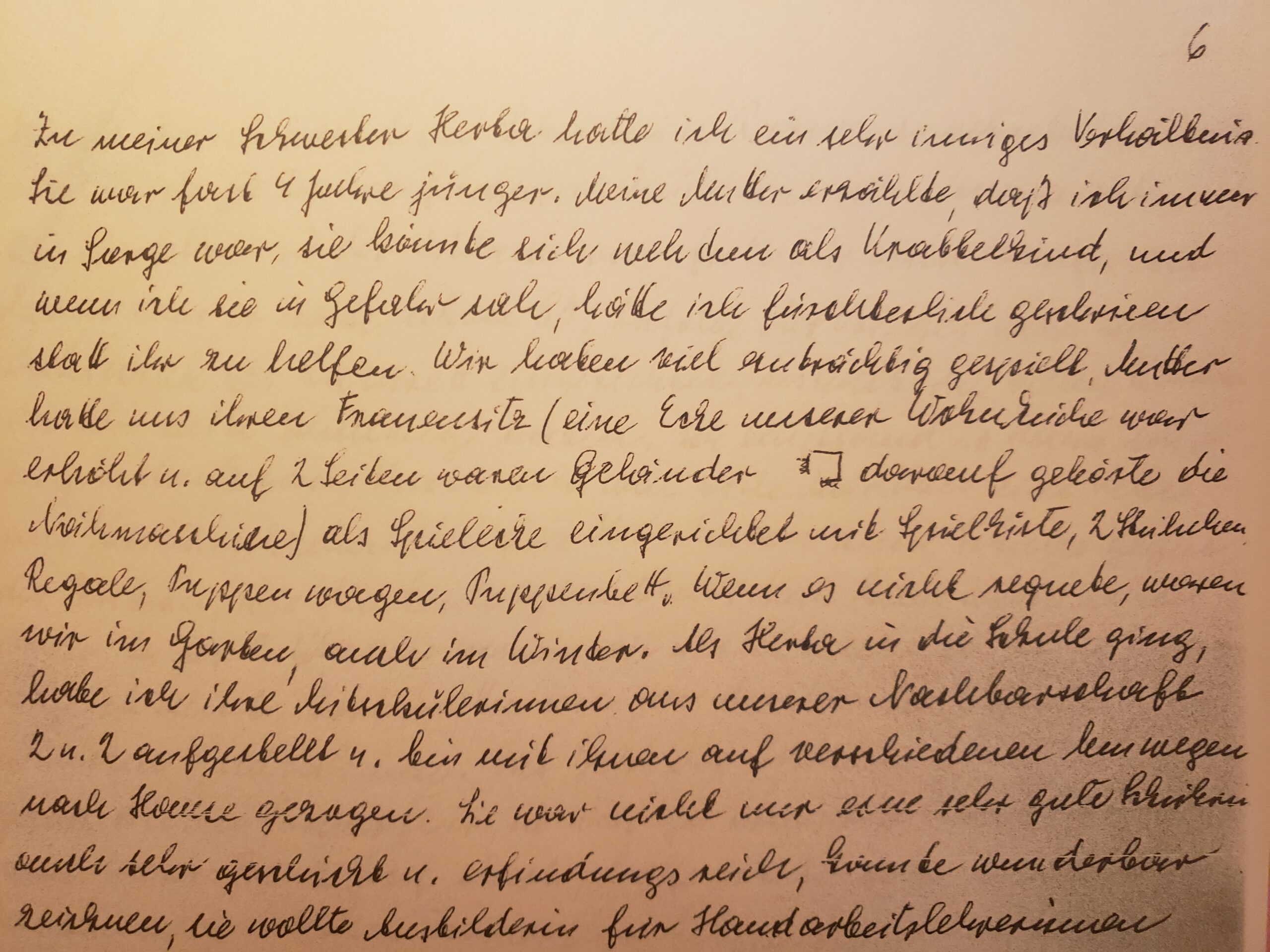 My grandmother left fourteen pages of these handwritten memoirs. For us grandkids they are a real treasure but thankfully we can all read German.

Welcome to another installment of my advice column where I answer readers’ questions about writing compelling stories from family history:

Doremi asks: My mother tongue is Hungarian, but English is my second mother tongue, and my kids are more at home in the latter. In our family we use both languages equally. I feel mixed up sometimes: Some stories, some expressions come to me in English, some in Hungarian (the old stories of war and persecution of my Jewish ancestors), not to mention that certain expressions come to me in my grandmother-tongue, German.

How can I reconcile all my language ties in a single family history? Should I ever do it, or can I just write with my flow, in a manner as words and stories come to me? Would not be it an imposition on my kids, or the generations (hopefully) coming after? Especially since Hungarian is a tough nut to crack, and all my (adult) kids seem to want to live in different countries, neither in Hungary (I do not blame them).

Is there any mixed language examples of memoirs you know of? (The only famous example that I know of is Tolstoy’s War and Peace, written partly in French – and full of clumsy footnote translations – but then I am not well versed in humanities). Thanks for your answer in advance.

I love this question, Doremi! There are two reasons for that:

a) Many writers of family stories that span different countries and cultures have to deal with the challenge of multiple languages in their source material and in their head.

b) I struggled with this myself.

There are a few ways to approach the problem of multiple languages when writing family stories:

First of all, something is better than nothing.

This is the most important thing for you to remember as you set out to write down some of the stories of your life. Writing down anything is a challenge already.

If the easiest way for you to write your story is to write in Hungarian, or in a mix of Hungarian, English and even German, just do it.

Once you have a draft, you can work with it, or someone else can. You can either go through it yourself and make the effort to translate everything into English, or you can pay someone to do it.

You are right that Hungarian is a more exotic language, but there will always be people who can translate it. But if you don’t write anything down, no one can translate it to begin with.

The most important thing is for you to write the original copy any way you can.

If you are comfortable typing, by all means do so. Print is always easier for the next generation to read and for any translator to decipher. But, if you’re more likely to get your writing done by hand, then write by hand. Again, something is better than nothing.

A snippet from my grandfather’s letter on which I based my story The Flying Dutchman.

My grandmother told us grandkids lots of stories from her childhood, but now I have to rely on my memory of those tales to recreate them. Thankfully she did make the effort to write down some of her childhood memories. Those fourteen pages proved priceless when my sister and I visited the ruined mill where she used to spend her summers as a kid. We were able to retrace her steps because she had written them down. (See my post Why Returning to your Roots is so Meaningful.)

Another way to approach the language challenge is to write in English but pop in foreign words when you need to and translate them later.

Since English is currently the number one global language, and seemingly the language most of your family speaks, it makes the most sense to try to write your memoir in English. However, as you write your first draft, allow yourself to use Hungarian words or phrases as they occur to you.

It is easier to write that way if that’s how your brain works.

The main goal is for you to get something down on paper.

When you revise, focus on translating those passages into English or rephrase them so they work in English. I often used German words when I drafted my memoir Jumping Over Shadows if they were the best fit for what I was trying to say. Since a lot of my source material was in German, my mind was often in German mode anyway as I wrote.

I grew up bilingually with both English and German. Occasionally a German word would occur to me that was just perfect for what I was trying to capture, so I just put it in. When I later looked for a translation, I often found that there was no such word in English. That was probably why the German word popped into my mind in the first place! Such are the quandaries of multi-lingual people…

Another option is to keep some foreign language phrases in the text and offer a translation in parentheses.

Most memoirs that encompass various languages do this. It offers the reader some of the cultural flavor of a story that is happening in a different language, time and place while also providing the translation to understanding what is going on.

However, be careful not to overdo this. Stumbling over lots of foreign phrases and parentheses can get cumbersome and annoying to the reader. So if you take this approach, be judicious about when you leave foreign language words in your text. Use them for particularly meaningful expressions, or typical family phrases where it would be nice to have the original preserved.

I am not aware of successful memoirs that were written in more than one language.

There are some memoirs that are inherently bilingual, such as Jhumpa Lahiri’s In Other Words that is printed with English on one side and Italian on the other. But I would wager to say that readers read either one side, or the other.

I hope this helps. Please let me know if you have further questions or thoughts.