My Book and I in Jerusalem 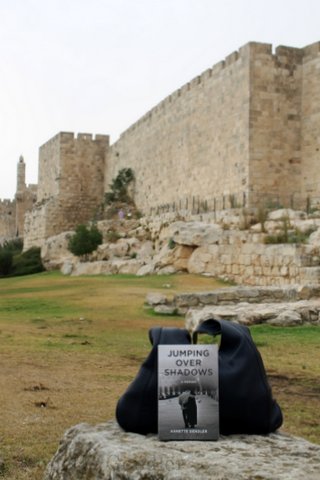 My book and I just had the great fortune of spending time in Jerusalem. For me it was an “again,” and, while my book per se had not been to the City of Gold before, some of its content does take place there, almost 30 years ago!

In Jerusalem I took Hebrew classes (again!) for two weeks, and on my way to Ulpan (Hebrew school), I passed by the Reading Station in the Train Track Park that I noticed two years ago when I was doing the same thing. This time it was a thrill to actually contribute a copy of Jumping Over Shadows (see it facing out in the red display shelf in the image on the right below). The greater thrill was to discover, two mornings later, that the book was gone (see image on the left below). Someone had picked it up! Yeay! I consider this my contribution to the reading public in Jerusalem…

In addition to taking Hebrew classes and frying my grey cells trying to remember my vocabulary, I had book events in Jerusalem, Tel Aviv and Netanya. What a privilege it was to experience Israel a bit more from the inside! For example, at WriteSpace Jerusalem: 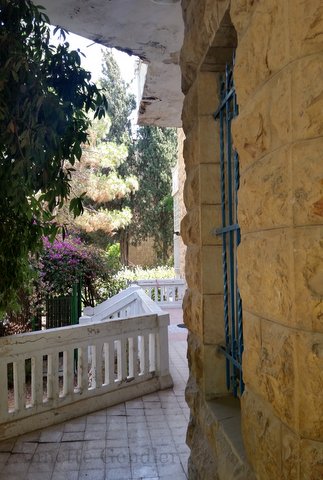 The writing workshop I held in Jerusalem, hosted by WriteSpace Jerusalem, run by the lovely Nadia, took place across the street from the prime minister’s residence. In practical terms this meant that, on my way there, Google Maps steered me into a little street that ended in a security checkpoint with steel blockades rising out of the asphalt, and no way for a commoner like me to pass. I had to walk around the block.

I loved  that we met in this old house from colonial times. Even on a hot day in Jerusalem, a pleasant breeze blew in through the open windows, and we could hear the birds chirp in all the lush vegetation in the wild garden outside. 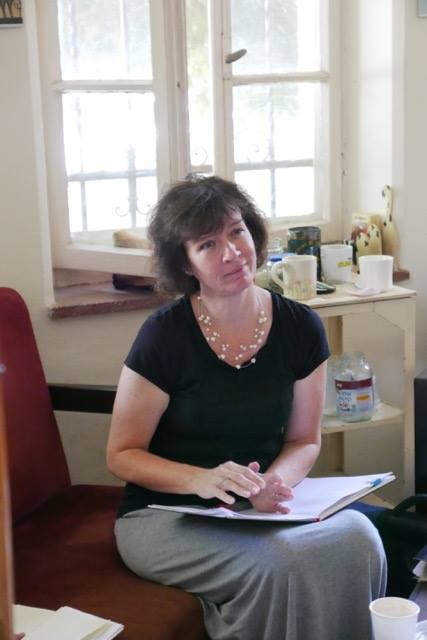 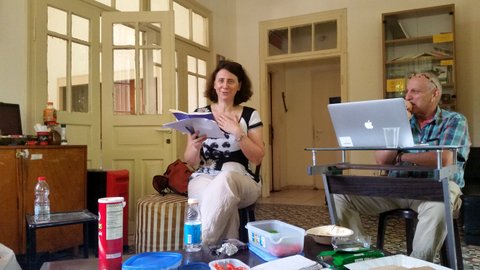 I didn’t manage much sightseeing this time around, mainly because it was too hot during the day and even in the evenings I was busy meeting up with new and old friends. But I did haul myself to the Jerusalem Festival of Light one evening and was amply rewarded with great opportunities to practice some night photography. 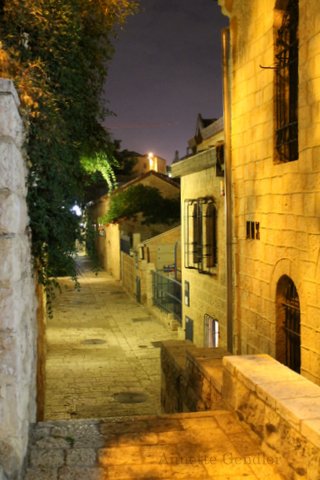 On the way there, a walk through the neighborhood of Yemin Moshe, facing the Old City. 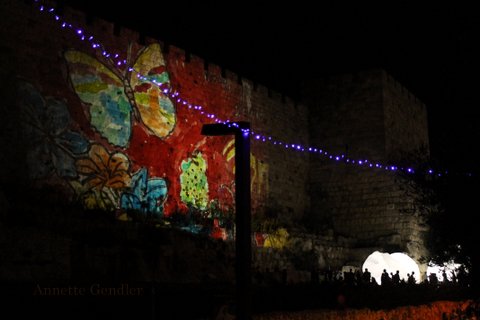 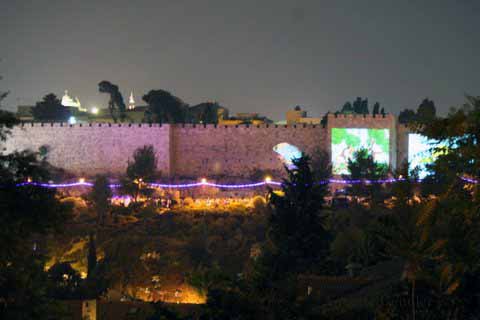 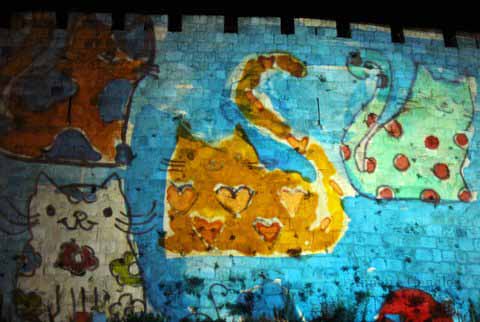 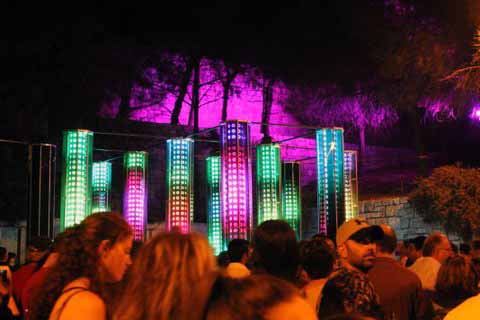 The crowd was impressive, but rightfully so, it was a grand spectacle!

The festival included this special tribute to this year’s 50th anniversary of the Six Day War, when Israel gained control of the Old City of Jerusalem, and the paratroopers who first made it to the Wailing Wall (their iconic images are projected onto the city walls here).

And, speaking of the Old City, on my second week I switched to another hotel and was greeted to this stunning view of the Old City from my room. ’twas a good life! 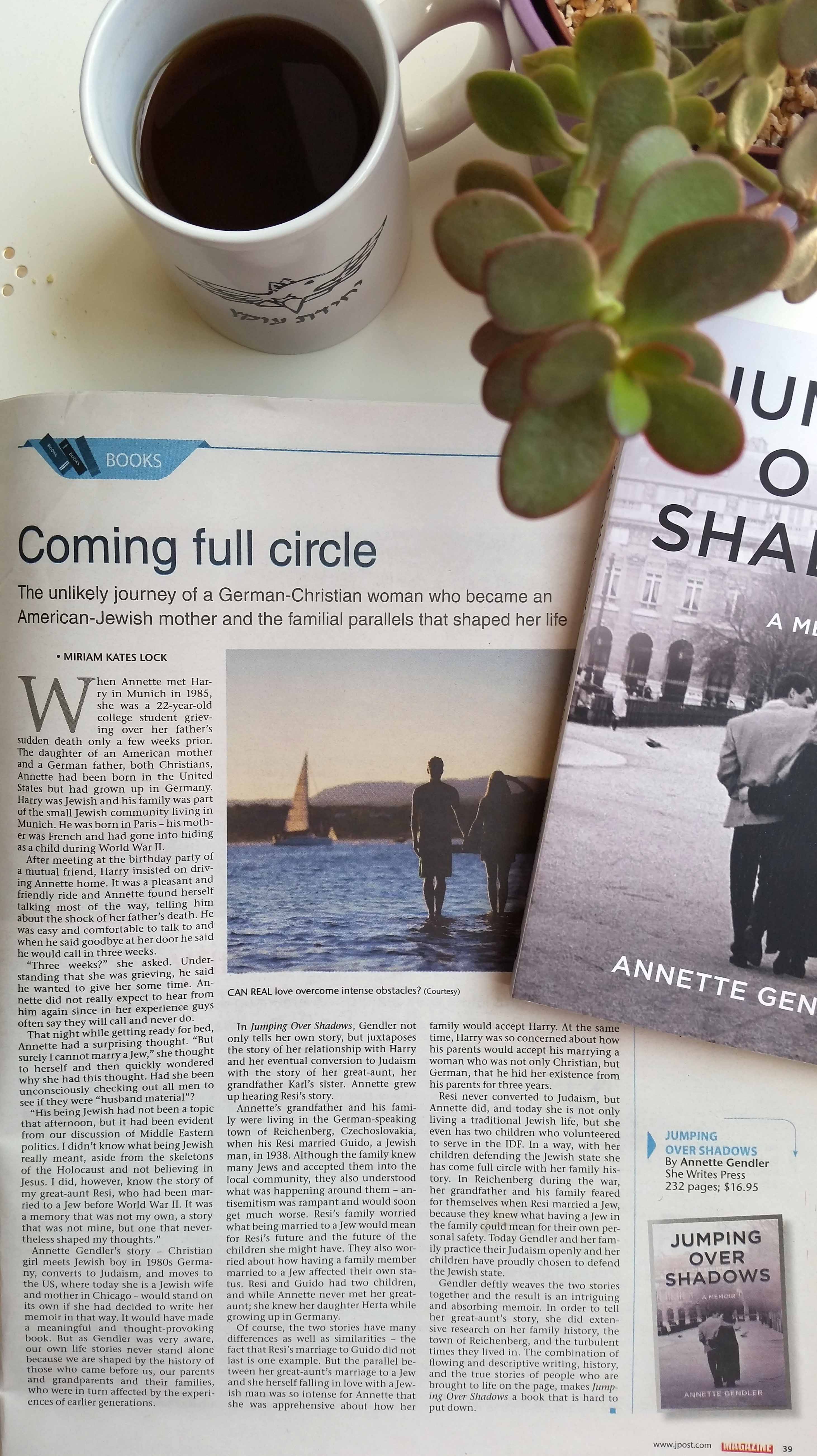 Finally, my book received a great review in the Jerusalem Post, which appeared in the Post’s magazine on my first weekend in Israel – if that isn’t good fortune, I don’t know what is! When I bought two copies of the paper at Steimatzky in Tel Aviv, the cashier flippantly remarked that I was buying up all their issues (they did have two left!). What fun it was to tell him that I was buying them because my book was reviewed in there! He did take a special look but sadly, he had no purchasing power…